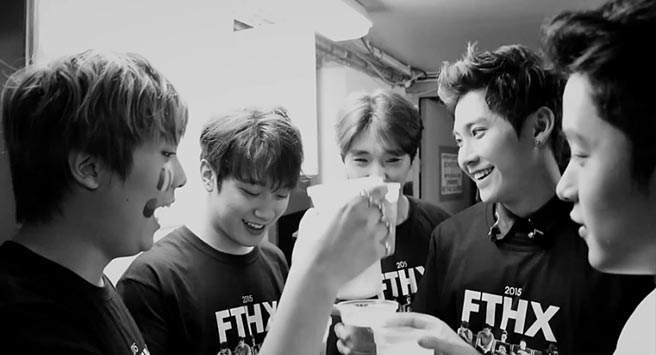 FTISLAND Reminisces Precious Memories With Fans In “To The Light”

Finally coming back after a long hiatus of one year and four months, FTISLAND unveils the music video for its pre-released track To The Light.

The music video was dropped on March 17, bringing back the group’s unforgettable memories during its global tour. For the first two minutes, the video is produced in black and white effects, showing not only their hard work and preparation before going on stage, but also the love that fans had for the idols as they were seen waiting in the long queue to enter the concert venue. The video is then filled with colors when the band went on stage, giving fans their passionate performances.

To The Light is originally a Japanese single, which is now also made into a Korean version. The group’s fifth album, titled I Will, will be officially revealed on March 23.

Watch To The Light below: