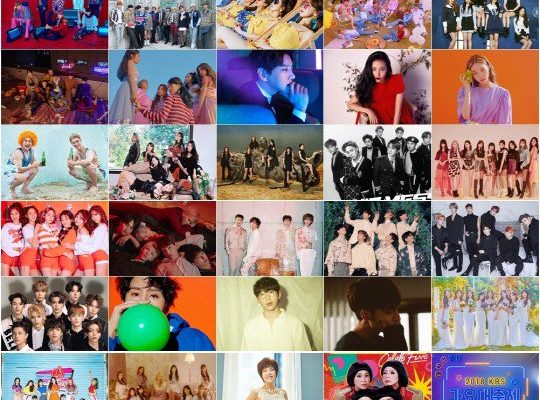 KBS Gayo Daechukje is coming up – and we rounded up all the stars in attendance for you!

This year’s KBS Gayo Daechukje boasts of a star-studded lineup featuring 29 of the best and hottest artists in the K-Pop scene!

Coming soon to wrap up the year is the 2018 KBS Gayo Daechukje, scheduled to add holiday cheer for K-Pop fans on December 28 at the KBS Yeoido Hall.

BTS, Wanna One, SEVENTEEN, BTOB, and MONSTA X had confirmed to be part of the artist lineup to set the stage ablaze with their fiery performances.

KBS also hinted on December 20 that both SM and JYP Entertainment will have separate special stages for the show. Fans are looking forward to what the performances artists from each agency have in store, as the attending SM Entertainment artists are said to include EXO, NCT 127, Red Velvet, and DJ HYO.

Meanwhile, JYP artists in attendance count in GOT7 and TWICE. Though not part of the official lineup yet, fans are hoping to see Stray Kids and Day6 as well with their fellow label artists for the special stage.

Girl groups GFRIEND, Apink, Oh My Girl, (G)I-DLE, AOA, Lovelyz, Momoland, and WJSN will also make an appearance to make the night as beautiful as ever.

Sunmi and Chungha will add in to the girl power for the night, and Hwang Chiyeol, Norazo, VIXX, NU’EST W, Yong Junhyung, 10cm, Roy Kim, Kim Yeonja, and Celeb Five will also be performing at the year-ender song festival.

Whose stage are you most looking forward to at the upcoming KBS Gayo Daechukje? Let us know by leaving a comment below, giving us a holler on Facebook, or tweeting us at @hellokpop!