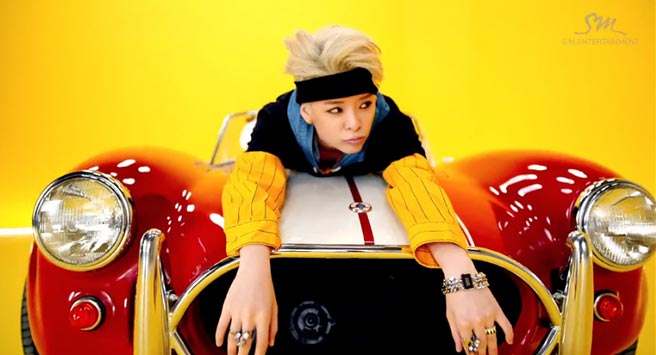 f(x)’s Amber is Back to “Shake That Brass”

Amber is finally back in the game as a soloist! The f(x) member has released the official MV for her title track Shake That Brass.

The funky video was uploaded onto SM Town’s YouTube channel on February 13, with the special appearances of not only the song’s featured artist Taeyeon, but various artists that are close to Amber as well, namely Girls’ Generation‘s Hyoyeon, GOT7‘s Jackson, g.o.d‘s Park Joon Hyung, and many more. The 3-minute and 37-second video was produced in colorful settings, displaying Amber’s fantastic dance moves along with several funny scenes between the idol and her celebrity friends.

As previously reported, Shake That Brass, which was written and composed by Amber herself, is a fun hip-hop song with a brass sound, carrying the message of enjoying every moment instead of worrying about things. The f(x) member’s impressive rap voice goes well along with Taeyeon’s powerful and smooth vocal, matching the song perfectly.

Meanwhile, watch the full music video for the track below: