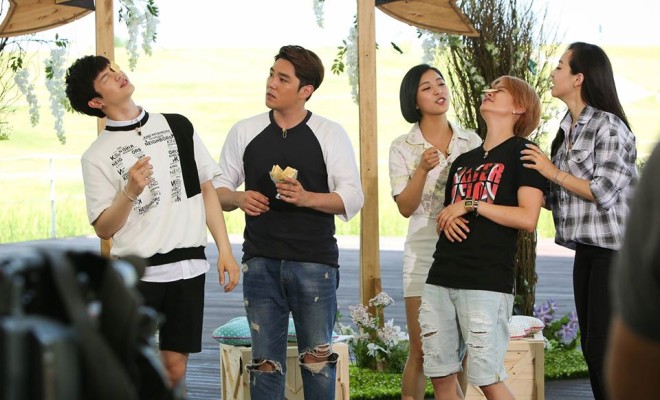 f(x) guest starred on KBS2’s A Song For You, where idols take requests from their fans through videos that are sent in globally. The MC’s for the show are Super Junior‘s Kangin, f(x)’s Amber, and BTOB‘s Sungjae. Unfortunately, members Krystal and Sulli were unable to attend due to a schedule conflict.

The two were previously caught in a scandal when Victoria’s innocent food picture showed a reflection of Changmin’s face on her spoon.

Aside from the mission, Victoria also revealed that the reason f(x) cannot go for a sensational concept is because of Amber. Amber replied that she cannot reveal skin because people will fall for her if she did. Sungjae was also teased about his favorite f(x) member and who he would save if Sulli and Krystal were both drowning in water.

The full episode aired on August 2. Check out the preview highlights below.