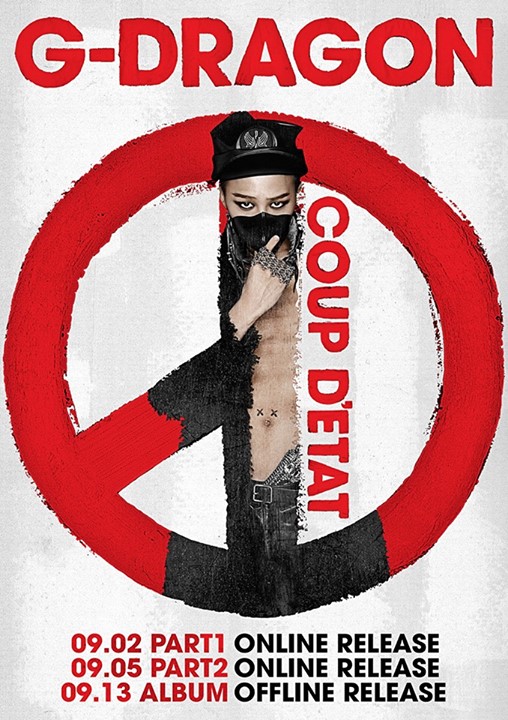 G-Dragon comes with a revolution for his return as a solo artist. As revealed in his second teaser image, Coup D’ Etat will be released today. The song is a slow hip-hop track with the catchy phrase “this is my cop d’ etat” mentioned on most parts of the song. Check out the music video below:

Along with its music video, the track list for the album was also revealed. His second album has two parts; the first part is available online starting today and the second part will be available on September 5, 2013. The physical album will be released on September 13, 2013 and will feature two new songs: Window and Black. There are four title songs for this comeback, namely Black featuring Jennie Kim of YG New Artist, Who You, Crooked and Niliria. Check out the full track list below: 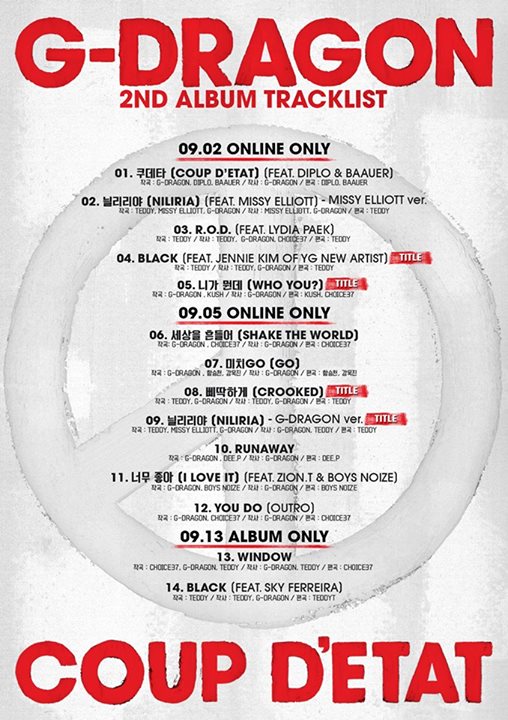