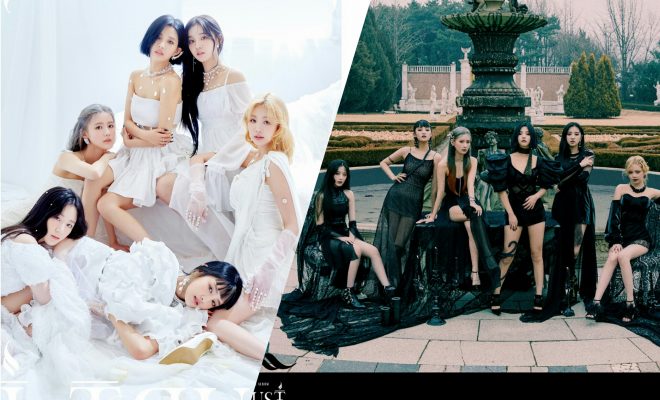 (G)I–DLE hyped fans even more while waiting with the release of various teasers for their comeback with third mini album I Trust! 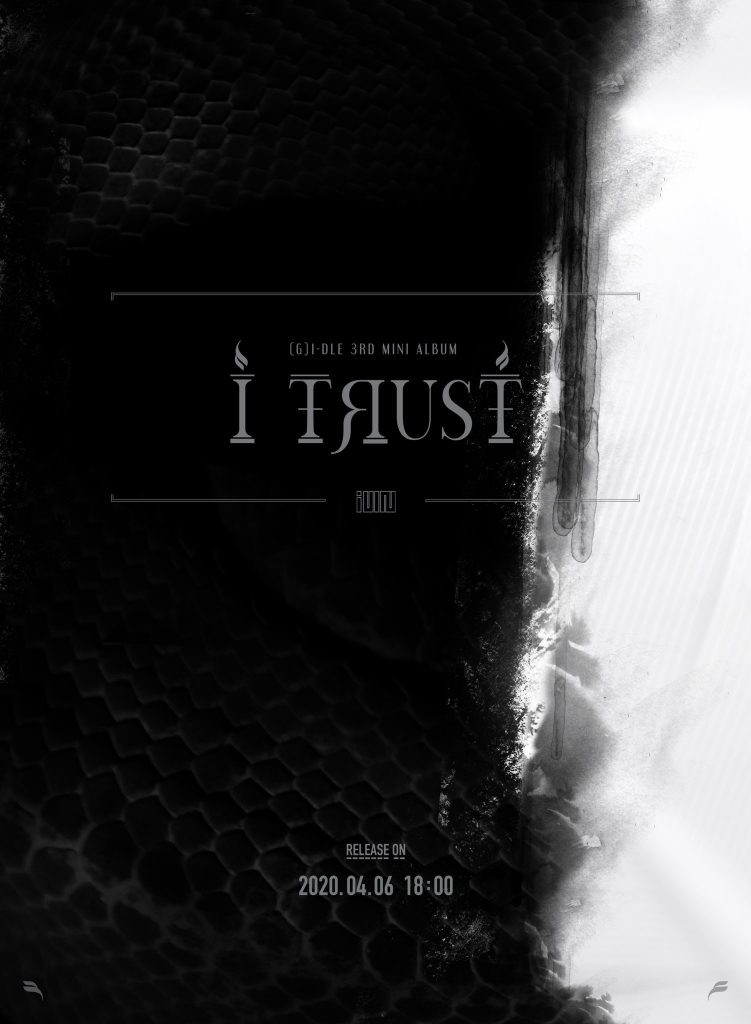 Beginning the countdown to their third mini-album’s release, (G)I–DLE shared a mystifying teaser photo on March 23 through various social media platforms. The image teaser immediately drew the curiosity of the fans. Since the teaser is mainly black and white together with its irregularities in color strokes, fans were given the hint of this comeback being dark and enigmatic.

Afterwards, the girl group launched their comeback scheduler which comprised of the dates fans should watch out for prior to the comeback. 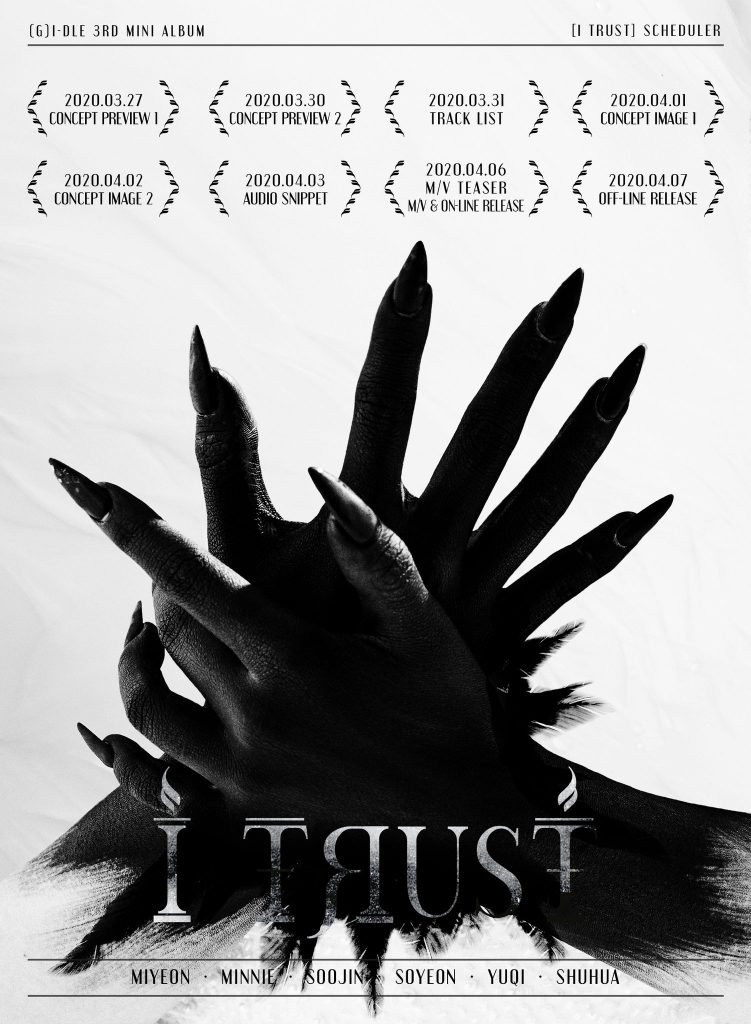 Giving a quick peek at what they prepared for their newest release, the girl group dropped two concept preview videos on March 27 and 30.

On the next day, they released the album’s tracklist which consists of the song titled “Oh my god” as the lead track alongside the b-sides “I Love You” (literal translation), “Maybe”, and “LION”. I Trust will also feature an exciting English version of “Oh my god” which fans should definitely watch out for. 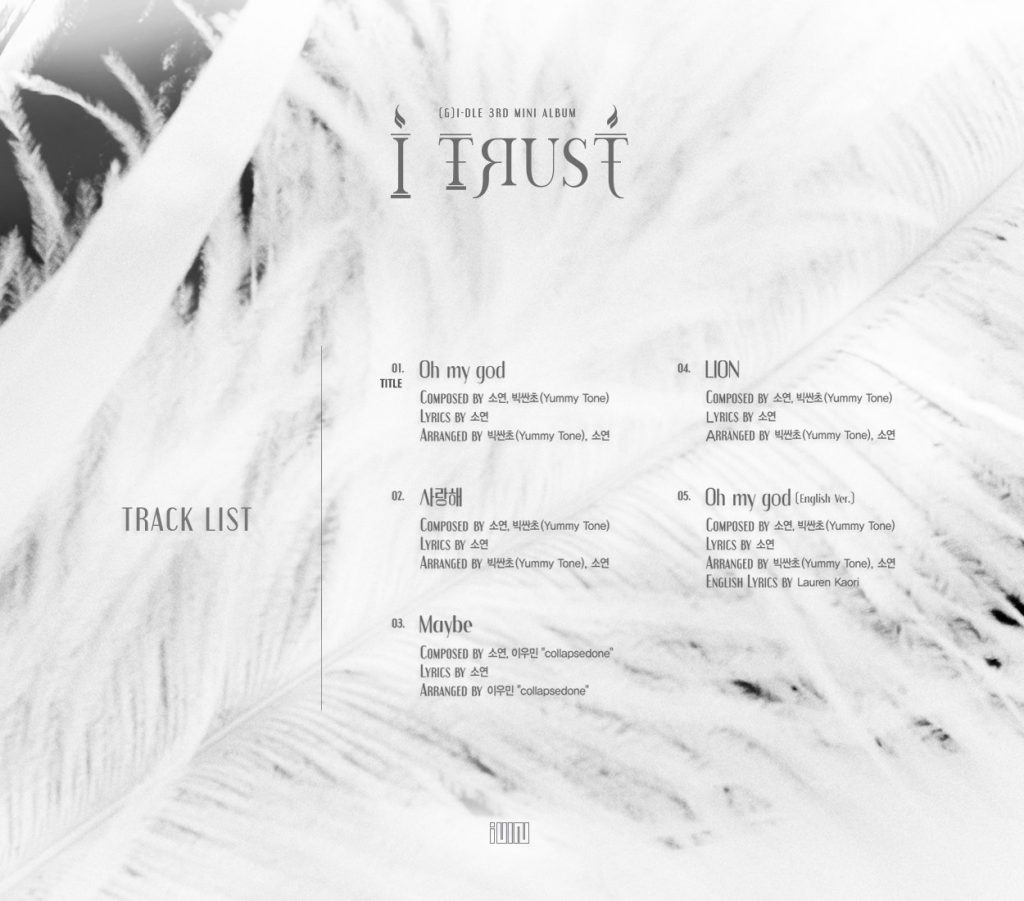 On April 1, (G)I–DLE gave a further a sneak peek of their eerie concept through the girls’ individual and group teaser photos. Draped and adorned with black accessories and fittings, (G)I–DLE whimsically embraced the dusk and dim. 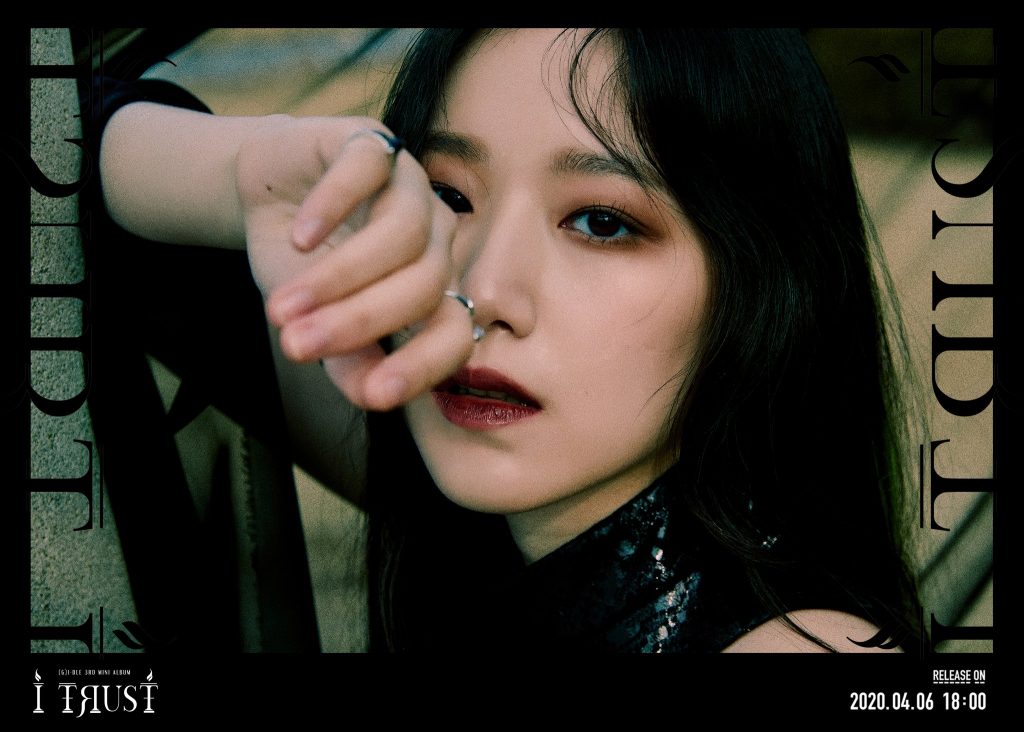 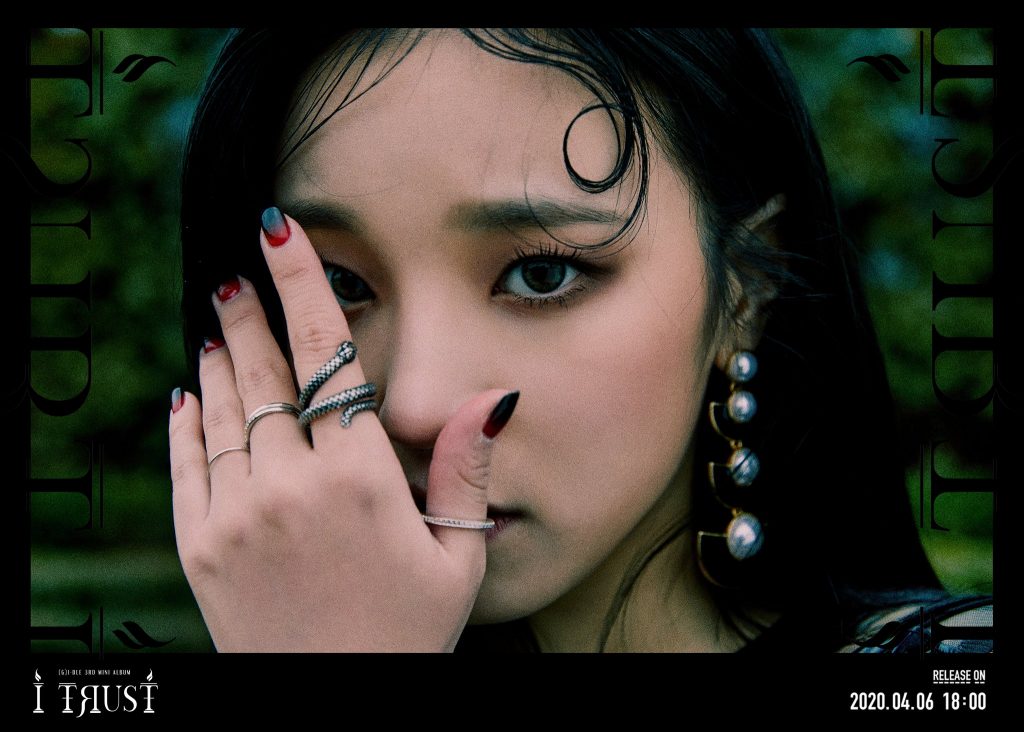 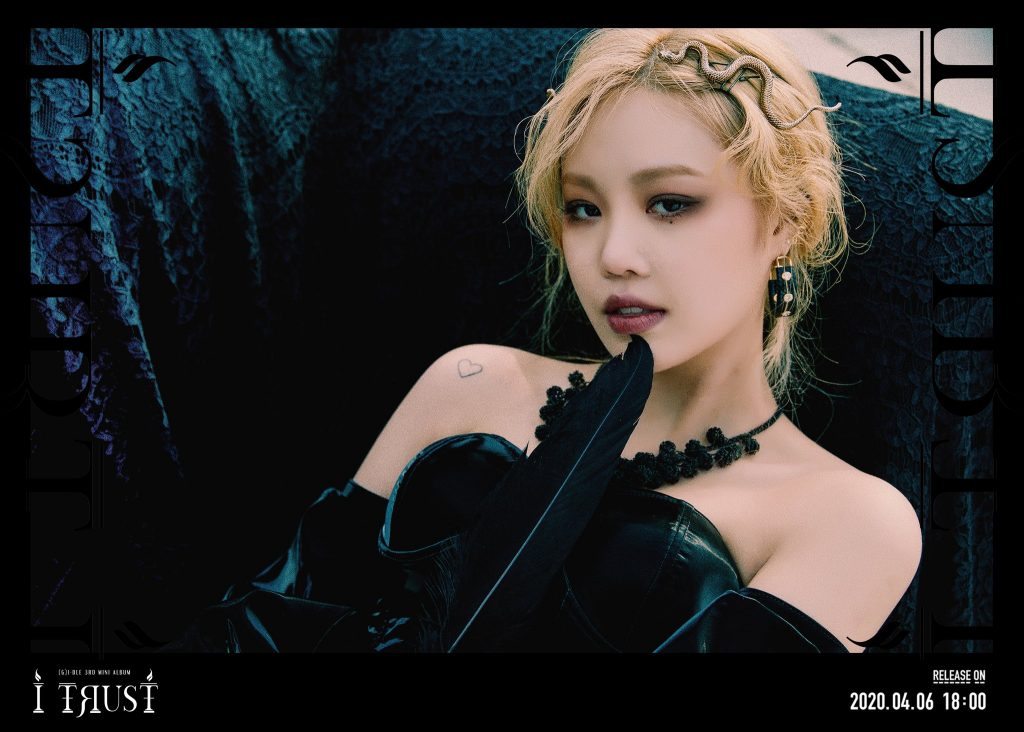 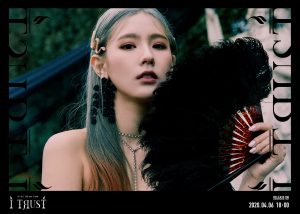 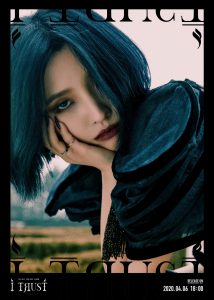 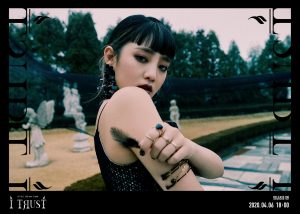 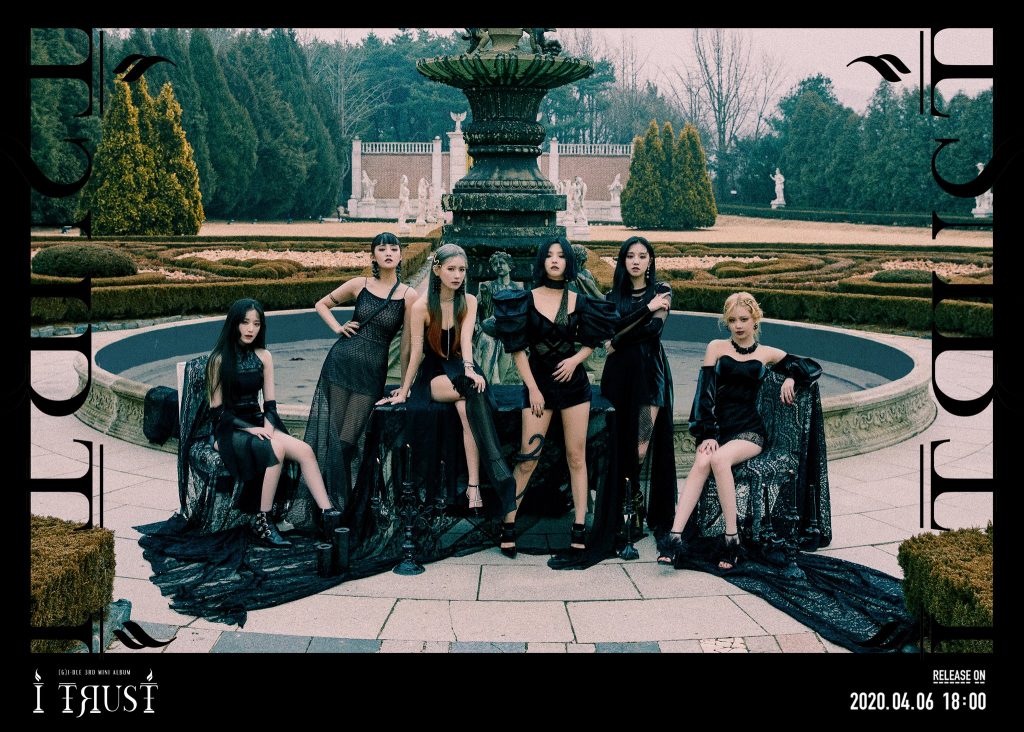 This was then followed by their second set of concept photos revealed on April 2, which showed a different image altogether. In contrast to the earlier set, the girls are dressed in pure and pristine white outfits, looking like absolute goddesses of light.

Moreover, the ethereal aura they trickle raised fan’s anticipation on what the remaining previews detains. 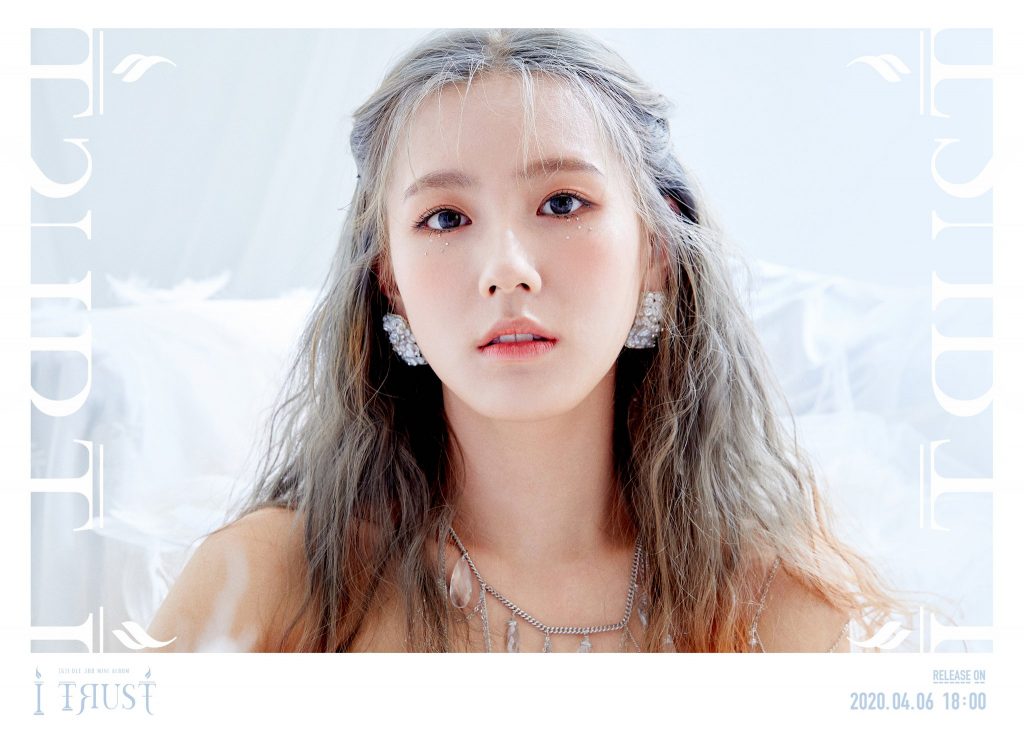 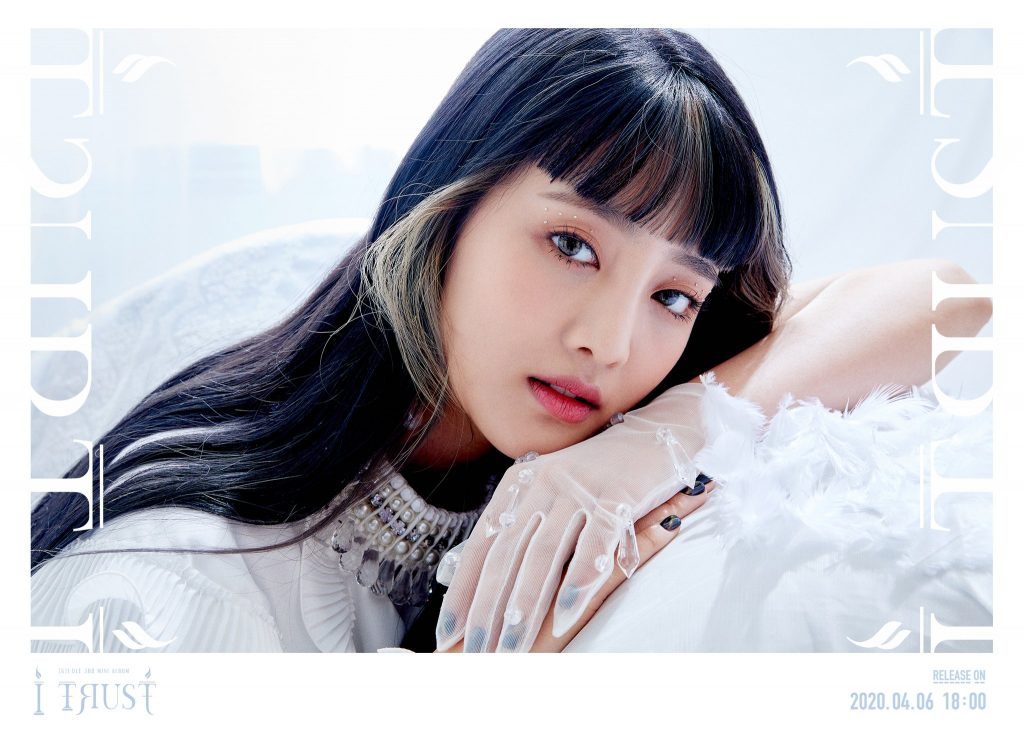 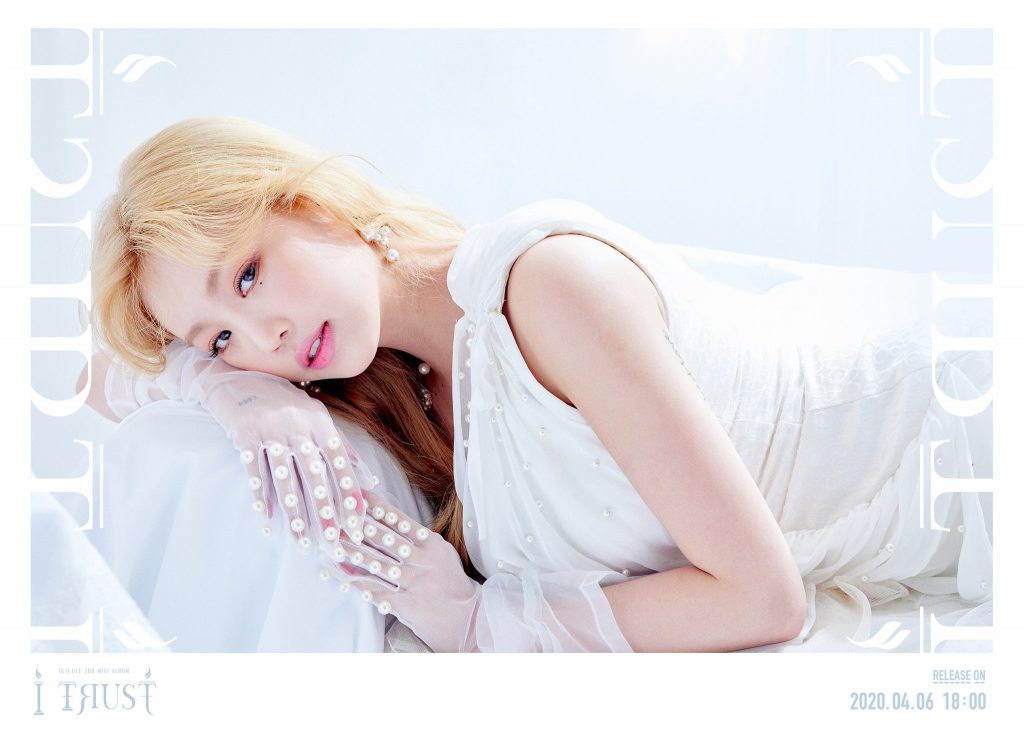 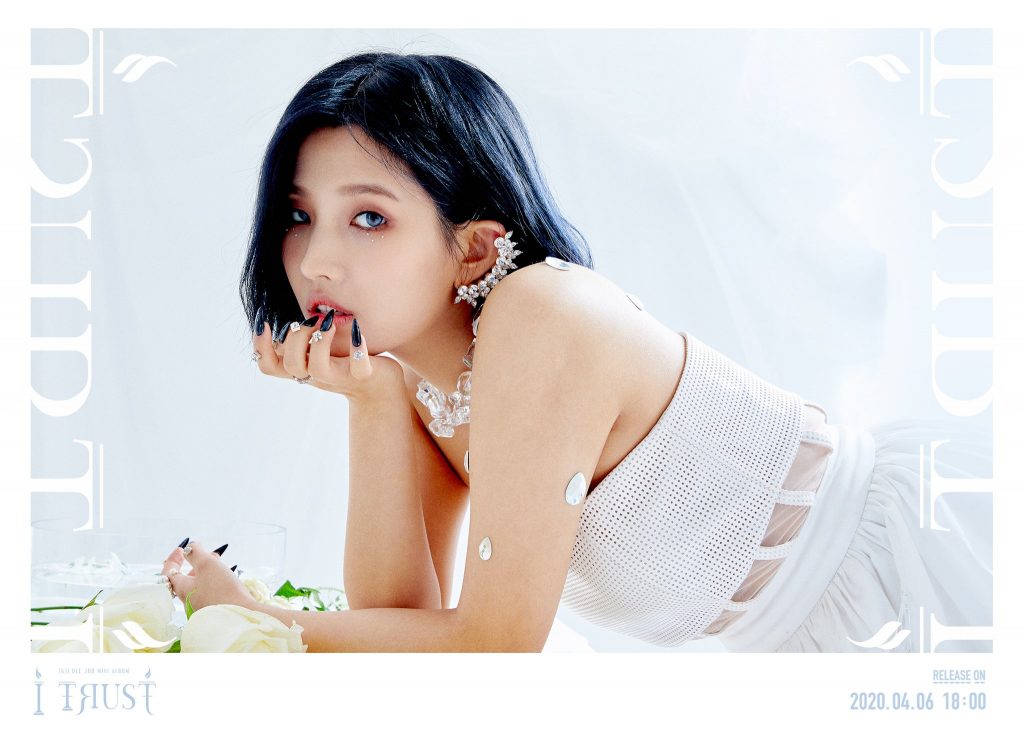 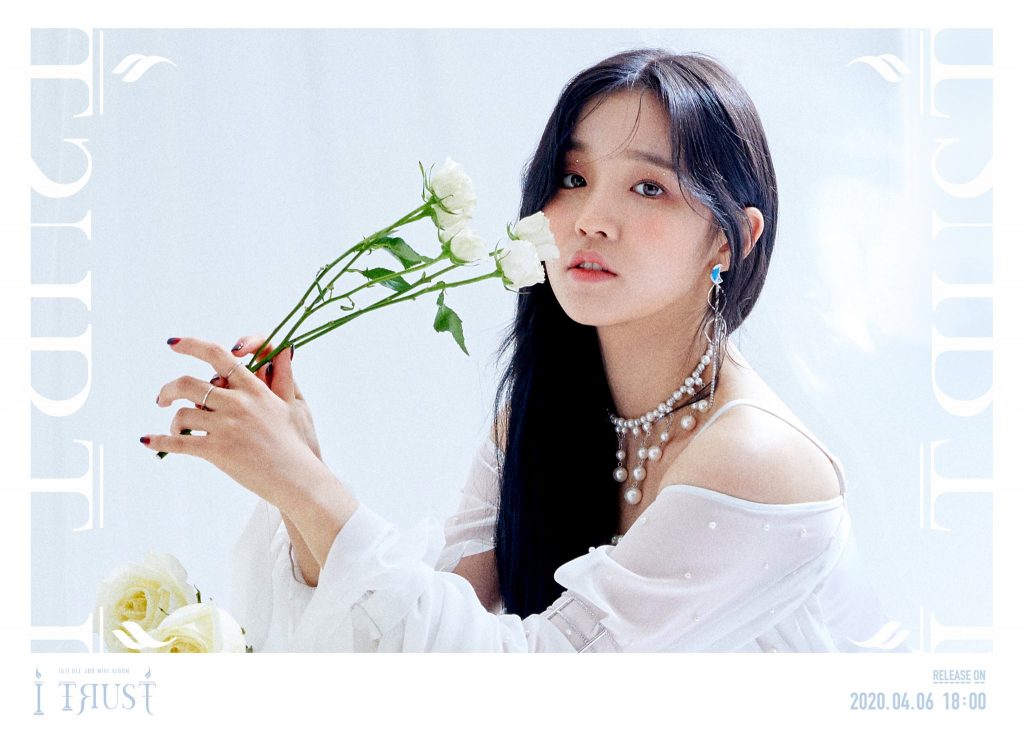 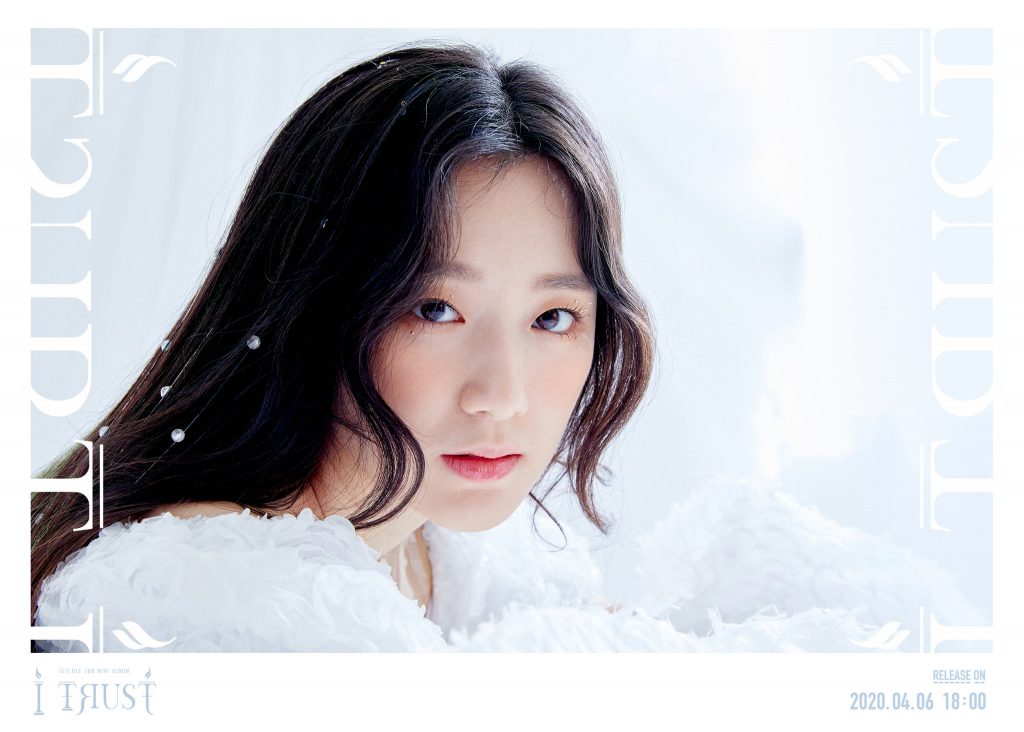 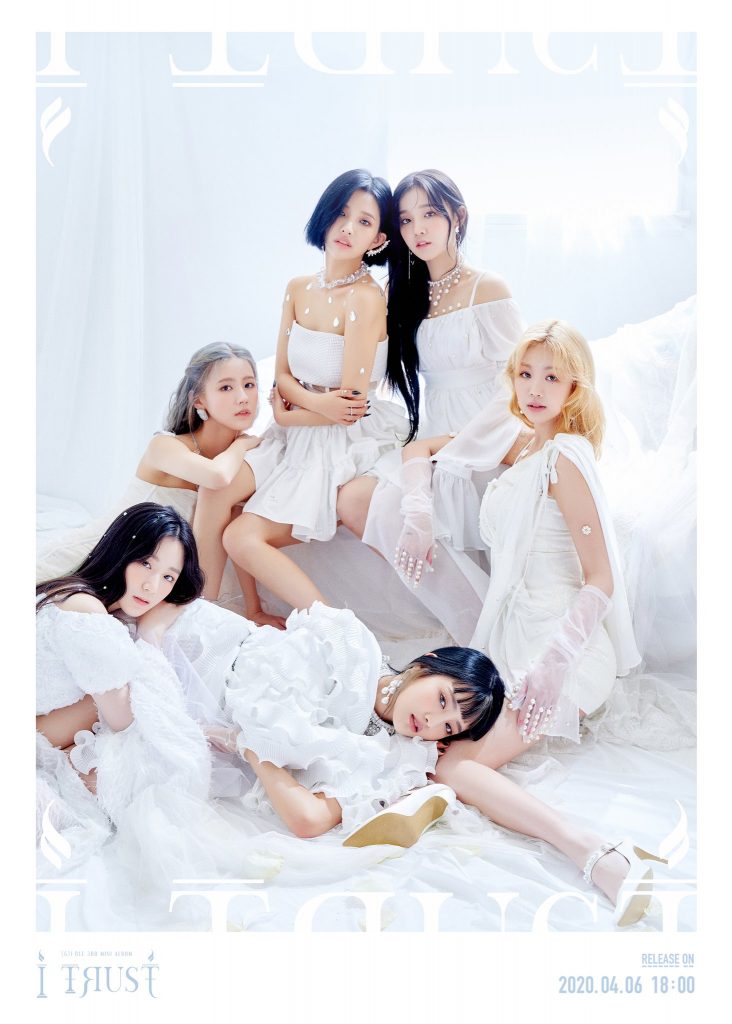 Hellokpop, as an independent Korean entertainment news website (without influence from any agency or corporation), we need your support! If you have enjoyed our work, consider to support us with a one-time or recurring donation from as low as US$5 to keep our site going! Donate securely below via Stripe, Paypal, Apple Pay or Google Wallet.
FacebookTwitter
SubscribeGoogleWhatsappPinterestDiggRedditStumbleuponVkWeiboPocketTumblrMailMeneameOdnoklassniki
Related Items(G)I-DLE(여자)아이들3rd Mini AlbumComeback 2020Comeback TeaserI trust
← Previous Story South Korean Film “Kim Ji Young, Born 1982” Will Be Available On Viu
Next Story → SEVENTEEN Tops Oricon Daily Singles Chart With Impressive First Day Sales For “Fallin’ Flower”