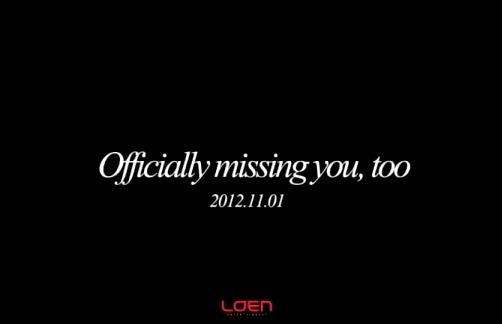 Officially Missing You, Too will be released on November 1. In the meantime, check out the teaser for the track below: