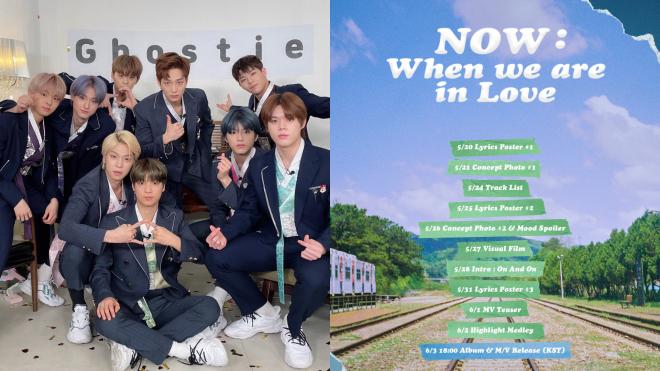 GHOST9 Sets Their Summer Calendar With “NOW: When we are in Love” Comeback Schedule Poster

By Lyris | May 20, 2021
FacebookTwitter
SubscribeGoogleWhatsappPinterestDiggRedditStumbleuponVkWeiboPocketTumblrMailMeneameOdnoklassniki

Ghosties, mark you calendars down for the set of exciting releases from GHOST9!

GHOST9 prepares to celebrate the summer full of love as they unveil the schedule poster of their upcoming fourth mini album NOW: When we are in Love. 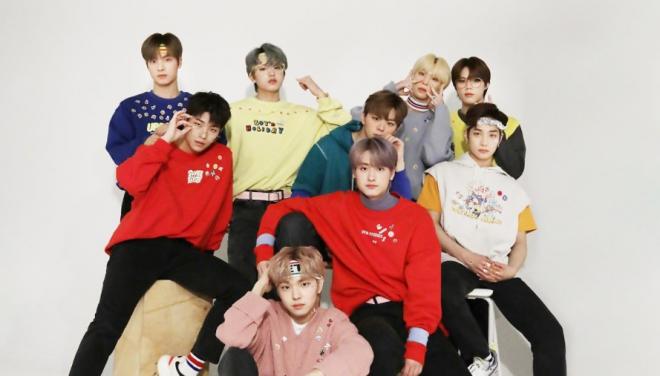 Ahead of their fourth mini-album’s release, GHOST9 has set their summer timeline by revealing the schedule poster on May 18.

Radiating the same light, breezy, and summery vibe from the coming soon poster that they revealed earlier, the photo features a railway with the background of the lush trees, strikingly beautiful mountain, and blissful blue sky.

The album details and the dates that fans should watch out for are written on the blue and green background—the theme of their fourth mini-album NOW: When we are in Love— cool yet warm.

Beginning May 20, the group will unveil lyric poster #1, followed by the release of the concept photo on May 21. To preview the music they have prepared for fans, GHOST9 will drop the track list on May 24 and the lyric poster # 2 on the next day.

Meanwhile, the group will release concept photo # 2 and mood spoiler on May 26. Respectively, the boys will unveil the visual film and “Intro: On and On” on May 27 and May 28.

GHOST9 will then end the month with the lyric poster #3 on May 31. Lastly, the music video teaser and highlight medley for NOW: When we are in Love will be unveiled on June 1 and 2, respectively. 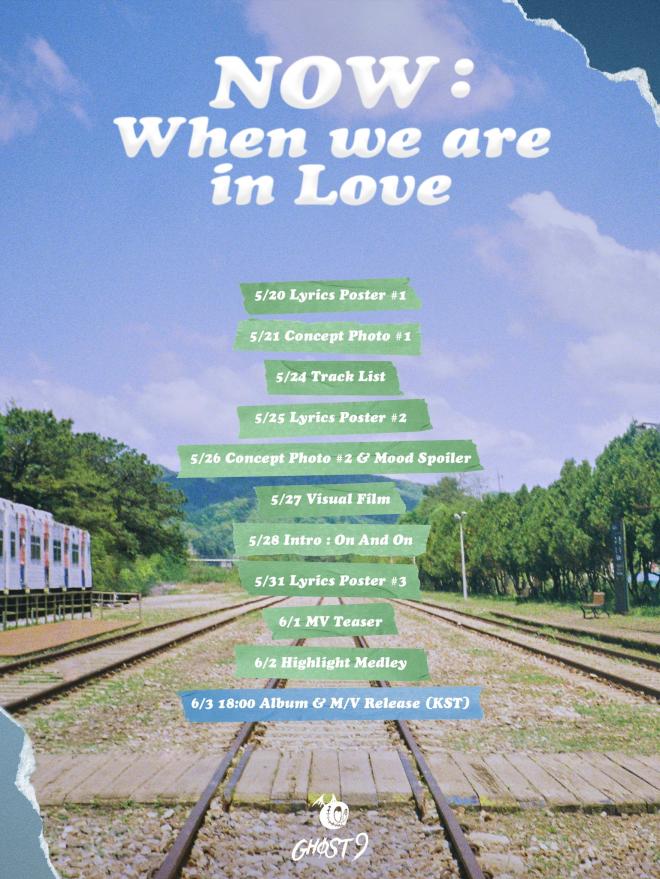 Released on May 20 at 12 AM KST, the lyric photo features the hand of a man who seems to be reading a book in the sunlit outdoors. With his face barely seen in the picture, what truly catches everyone’s attention is the heart-shaped ring on his finger.

Raising expectations for their new music, the lyrics on the picture reads, “You shine more than sunlight. Let’s meet with a smile on the day we reach each other.” 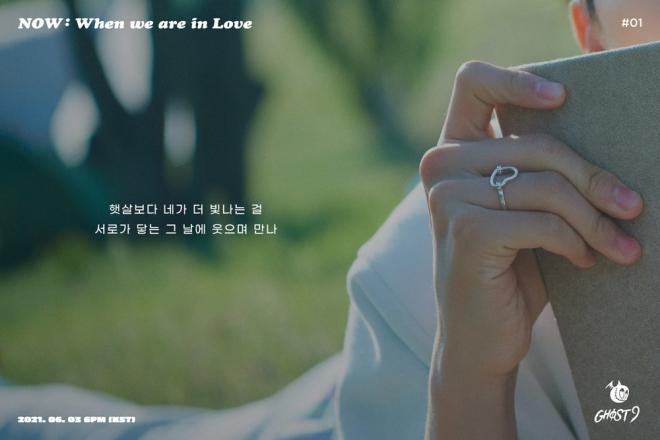 GHOST9’s  fourth mini album and the second album of the “NOW” series, NOW: When we are in Love, will show a different image, apart from the intense concept the group had previously shown. In particular, fans can expect a refreshing and bright music under the theme of “Love.”

GHOST9 said on its official social media, “The comeback is just around the corner. We can’t wait to meet Ghostie. Please wait a little bit.”

Meanwhile, GHOST9 will release their fourth mini-album NOW: When we are in Love on June 3 at 6 PM KST through various music sites.