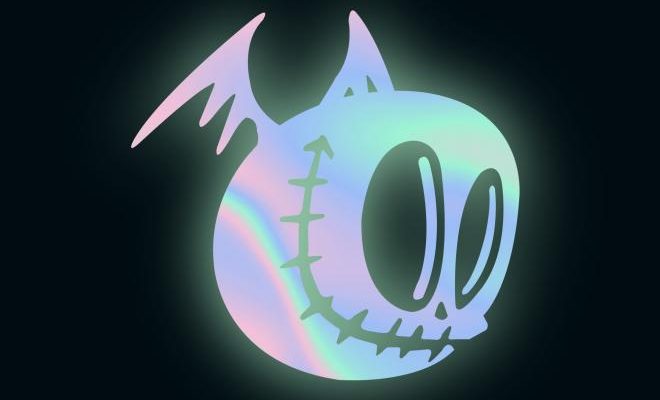 GHOST9 Shares Holographic Schedule Poster For “NOW: Where we are, here” Comeback

Rookie boy group GHOST9 revealed the timetable for the teaser releases in preparation for their return with a brand new album this March. 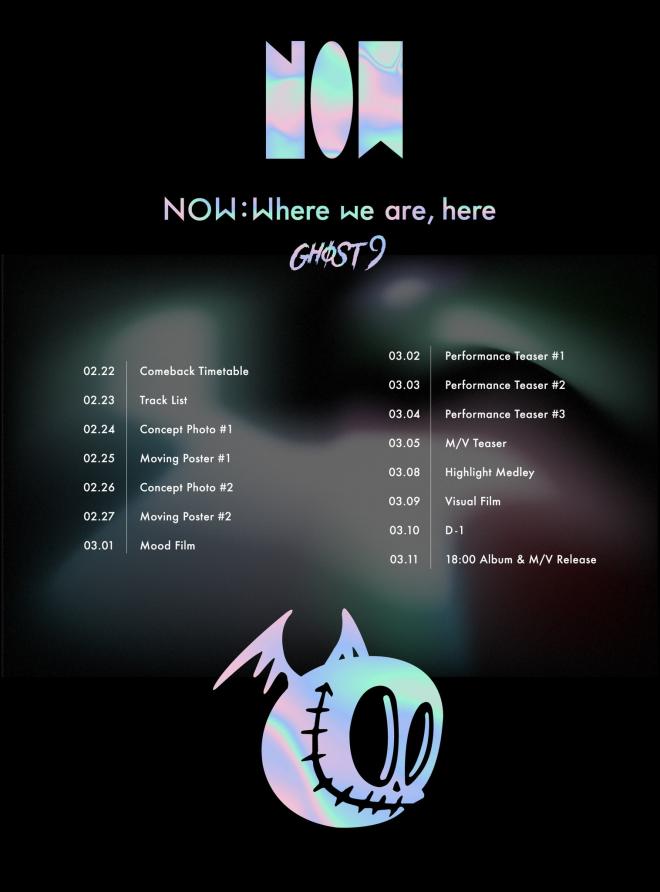 Through a schedule teaser unveiled on February 22, GHOST9 started counting down the days to their highly-anticipated comeback.

The boy group sets to offer another impressive music with their third mini album NOW: Where we are, here, which is slated to be released on March 11.

Promising weeks loaded with new teasers, GHOST9 will preview the songs in their new album through the track list, which will be revealed on February 23.

They will drop the first and second concept photos on February 24 and 26, respectively. In between those releases, they will publish two moving posters, dated February 25 and 27.

In addition, they will release a mood film on March 3. Performances #1,#2, and #3 comes next, from March 2 to 4. To preview the music they have prepared this time, GHOST9 will be unveil the music video teaser on March 5, while highlight medley on March 8, and visual film the day after.

Aside from the schedule reveal, the list also caught fans’ attention with the stylish holographic logo that comes with it. The image also featured the official logo of GHOST9 and the title of their new album.

Previously, the group announces their forthcoming March comeback through an intriguing teaser. Revealed on February 17, the poster carried important details, such as the album title and comeback date. It also featured the official logo of GHOST9 in a holographic style. 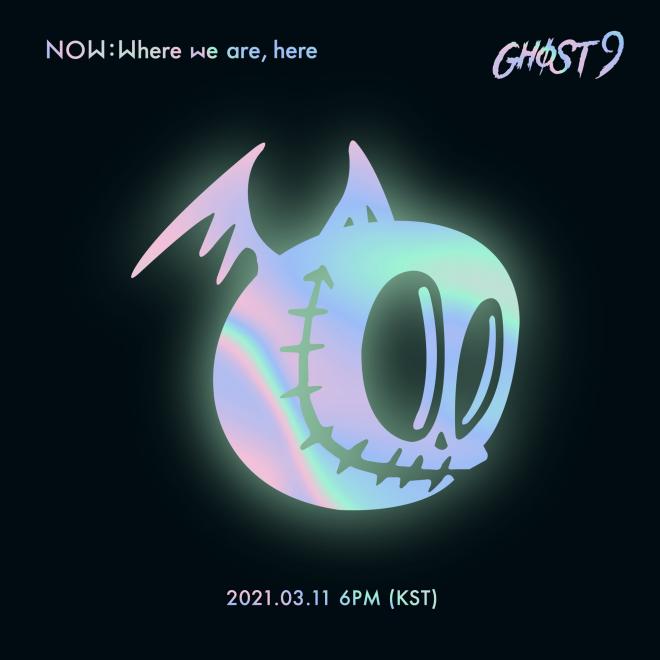 GHOST9 (Hwang Dongjun, Son Junhyung, Lee Shin, Choi Junseong, Lee Kangsung, Prince, Lee Woojin, Lee Taeseung, Lee Jinwoo) expressed, “I am trembling because there is not much time left until our comeback. Please look forward to this album and give it lots of love.”

GHOST9 is a nine-member group who debuted last September 2020 with “Think of Dawn” and made a comeback in December with “W.ALL.”

Meanwhile, GHOST9’s third mini album NOW: Where we are, here will be released on March 11 at 6 PM KST.