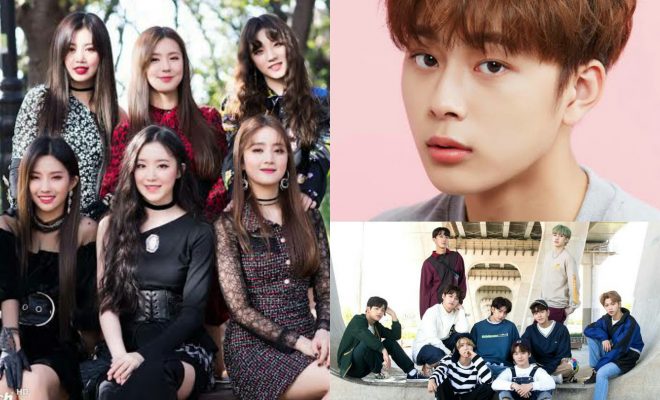 The past year brought us a lot of notable rookies – and Naver’s V Live had named the ones who captured most of the viewers’ hearts!

Naver’s V Live has rounded up the top rookie artist channels for their 2019 Global Vlive Top 10! 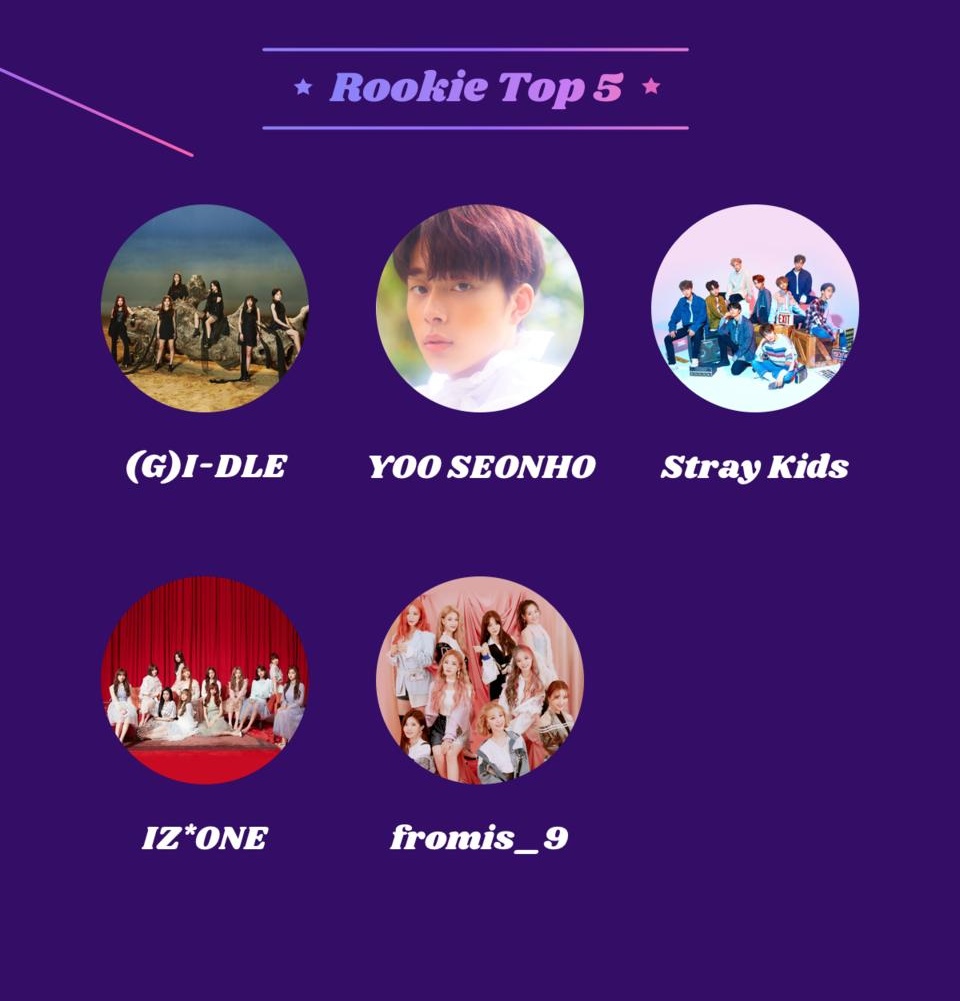 They may be new, but these artists have shown that they have what it takes to catch the attention of many K-Pop fans! The popular live streaming application took results from the online voting held from December 17 to 31, 2018 in order to name which artists were able to dominate the year that had recently ended.

One of the categories for the 2019 Global V Live Top 10 is the Rookie Top 5, which aimed to list down the viewers’ most loved rookie artist channel. (G)I-DLE topped the voting with 42.09% of the total votes, proving their tag of being one of 2018’s top rookies after their successful debut in May. The six-member group behind the hits “LATATA” and “HANN” garnered over eighteen million votes which put them in the number one spot. 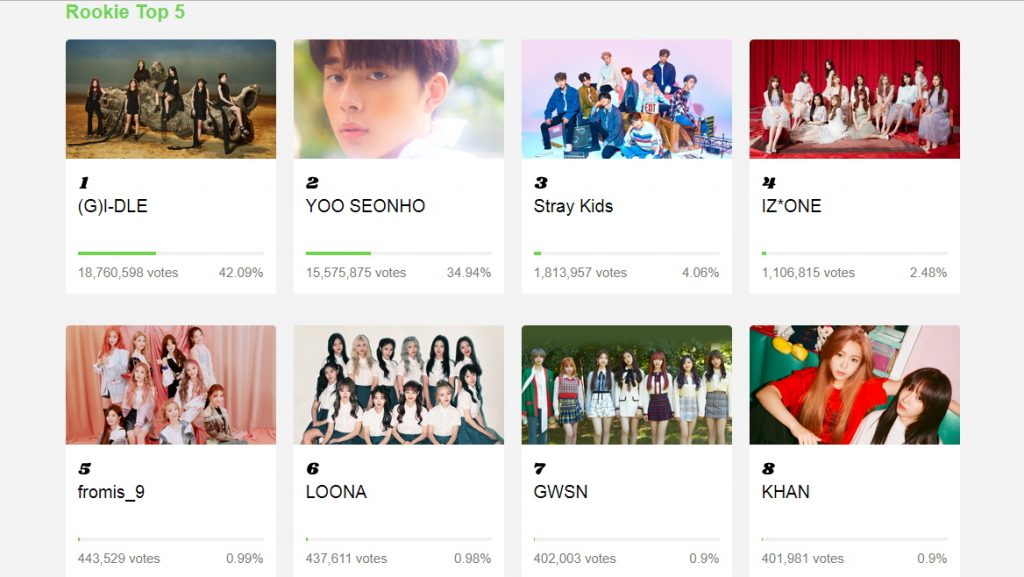 Posing a tough competition for the first place, former Produce 101 Season 2 trainee and Cube Entertainment’s Yoo Seon Ho took the second place after acquiring 34.94% or more than fifteen million of the total votes.

Meanwhile, Stray Kids made the third spot entirely theirs after earning over a million and eight hundred votes, or 4.06% of the total.

Did your favourite K-Pop rookies make it to V Live’s Top 5 Rookie Artist Channels? Let us know by leaving a comment below, giving us a holler on Facebook, or tweeting us at @hellokpop!