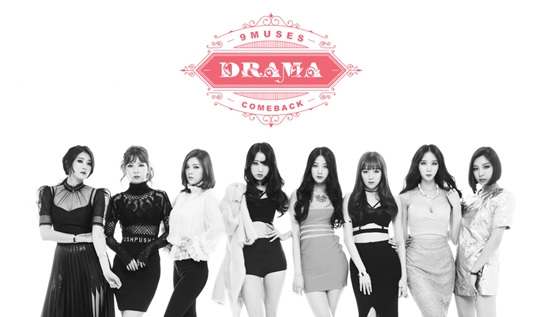 On January 12, the girl group Nine Muses unveiled new teaser images via its official SNS for the group’s imminent comeback. It revealed that its 6-member line-up has now been upgraded to 8 with two new faces, Keum Jo and So Jin.

“Returning as eight members, Nine Muses will be joined by So Jin, debuted in September of 2014 with NastyNasty, and Keum Jo, who starred in the music video for V.O.S′ digital single music video in December of 2014. So Jin with her exceptional dance skills will reinforce Nine Muses′ performances, while Keum Jo will strength the vocal line with her colorful voice.”

Besides the group’s teaser photo, the company also released So Jin’s and Keum Jo’s respective cuts. So Jin exudes a sweet, yet very strong charisma with a shoulder-length haircut, see-through blouse and black pants. As for Keum Jo, she leans back on a chair, showing her attractive look in a black cut-out dress. 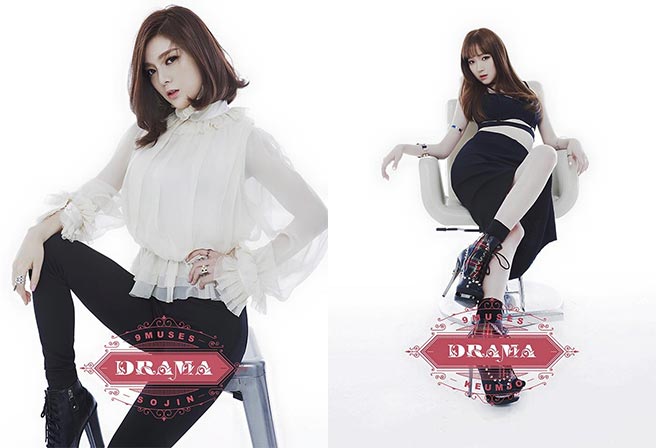 “They′re people who carry a variety of charms. The original members and the staff have been calling So Jin and Keum Jo as ′So Keum,′ (salt) who have been receiving much love. The eight members will be releasing its self-produced reality show NiMuse Cast on January 13, so please look forward to it.”

In other news, Nine Muses is set to drop its new mini album titled Drama on January 23.