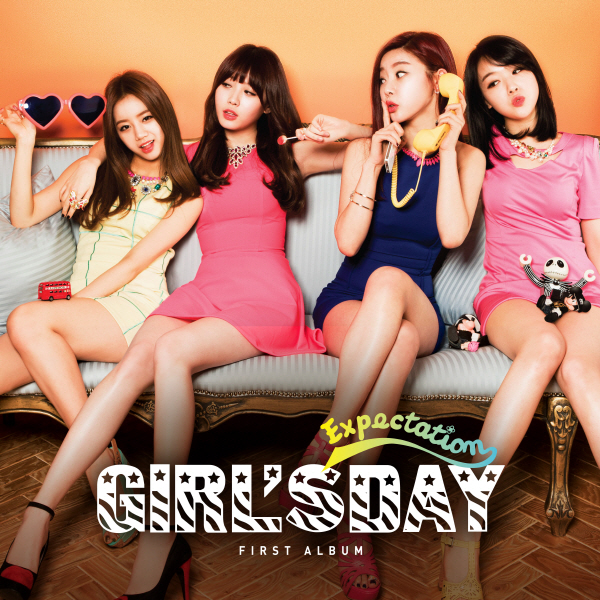 By The Editor | March 8, 2013
FacebookTwitter
SubscribeGoogleWhatsappPinterestDiggRedditStumbleuponVkWeiboPocketTumblrMailMeneameOdnoklassniki

Popular idol group Girl’s Day will be making its comeback this March, with the album Expectation. Expectation will be the group’s first full-length album, since its debut almost three years ago and is scheduled for release on March 14. The album will consist of 14 songs, including 6  previously released songs and 2 instrumentals.

The title track, Expectations, is composed and produced by Nam Ki Sang, who was also behind the group’s popular songs Twinkle Twinkle, Don’t Let Your Eyes Wander! , Hug Me Once, Don’t Forget Me and many more. It will have an exciting and addictive chorus, mixed with analog and electronic sounds.

The album is also extra special, as the members have actively participated in the making of their first album, and have contributed in writing the lyrics for I Don’t Mind. I Don’t Mind is composed by American producer Gregg Pagani and was given to the group as a gift. Member Sojin has also written the lyrics and music for the song Girl’s Day World.

Are you excited for the comeback?