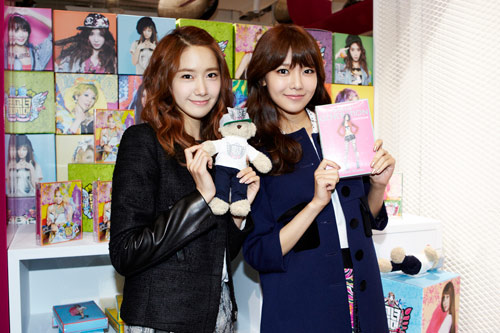 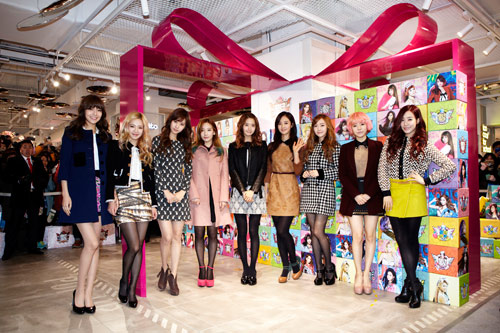 On January 2nd, Girls’ Generation made a surprise visit to SMTOWN‘s pop up store for an event of promotions for their new album I Got a Boy. As the girls made their appearance, many people quickly gathered around within the short time.

The pop up store called The STAGY will last from January 2nd to 13th for 12 days on the first floor of Seoul Myungdong Lotte Young Plaza. The store is full of merchandise for Girls’ Generation’s new album I Got a Boy, as well as items of other SM artists as well.

When Girls’ Generation first released their comeback album, they almost immediately dominated the music charts in Korea with most of their songs. The amount of album sales is said to be the best currently. Girls’ Generation has started to promote their album in various ways with new concepts that no other group has tried yet. Fans are looking forward to their next promotion activity and curious to find out what other new ways they will approach the fans.

Check out their photos at the pop up store below: 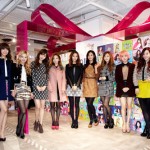 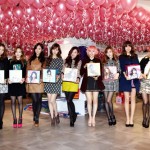 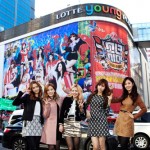 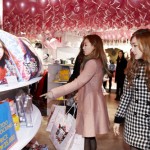 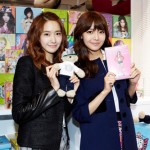 We need your support! If you have enjoyed our work, consider to support us with a one-time or recurring donation from as low as US$5 to keep our site going! Donate securely below via Stripe, Paypal, Apple Pay or Google Wallet.
FacebookTwitter
SubscribeGoogleWhatsappPinterestDiggRedditStumbleuponVkWeiboPocketTumblrMailMeneameOdnoklassniki
Related Itemsgirls generationI Got a BoyMNet MCountdownmusic chartspop up storeSeoul Myungdong Lotte Young PlazaSM EntertainmentSMTOWN서울 명동 롯데 영플라자소녀시대싹스리음원팝업스토어
← Previous Story A-PRINCE releases story version of Hello
Next Story → Debut of 2013: Airplane