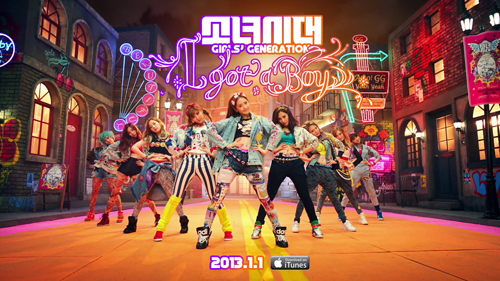 On December 28th, Girls’ Generation homepage and SMTOWN YouTube channel shared another teaser video for their comeback song. In the teaser, we could see a transformed group as they exhibited powerful hip dances in their choreography. Girls’ Generation’s teaser video seems to be the main focus among fans these days.

It is said that on December 31st, I Got a Boy will be releasing medley parts of the song, different images of the members and an additional video.

Girls’ Generation will be performing their comeback stage at Mnet M! Countdown on January 3rd with their title song I Got a Boy and Dancing Queen.

January 1st of 2013 will be the big day as Girls’ Generation will release their 4th album.