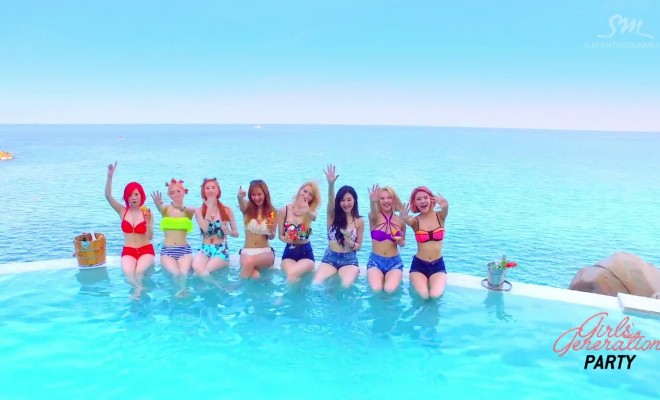 Other groups should watch out for this summer battle as with a ‘3-in-1’ comeback music video teaser, Girls’ Generation has officially announced that the group will not be knocked down easily!

On July 1, a 32-second video titled COMEBACK of Girls′ Generation (TV CF ver.) was uploaded onto SM Entertainment’s YouTube channel. The MV gives fans a better picture of what the girls’ return will be like, with three songs included, from Party to Lion Heart and You Think.

The three tracks showcase Girls’ Generation’s different colors as in the summer jam Party, the golden girls of SM are seen having a relaxing time on the beach, looking fabulous in their eye-catching swimsuits; while in the retro-styled track Lion Heart, they transform into classy ladies in sequin dresses. As for the energetic track You Think, the eight-member girl group shows off its powerful dance moves and attractive looks in edgy black outfits. 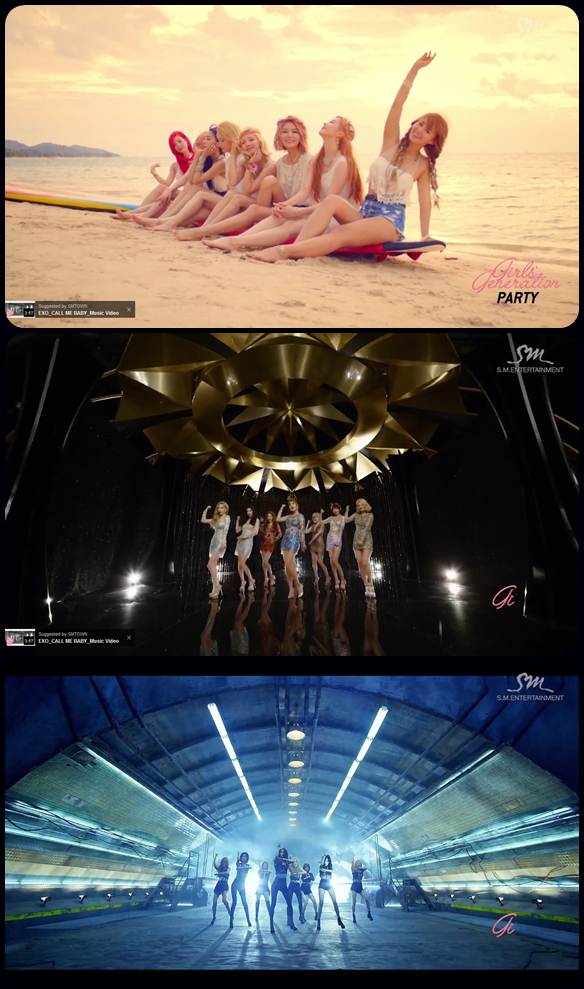 As previously reported, before promoting for Lion Heart and You Think, Girls’ Generation will start its Party on July 7.

Meanwhile, check out the MV teaser below:

Hellokpop, as an independent Korean entertainment news website (without influence from any agency or corporation), we need your support! If you have enjoyed our work, consider to support us with a one-time or recurring donation from as low as US$5 to keep our site going! Donate securely below via Stripe, Paypal, Apple Pay or Google Wallet.
127
SHARES
FacebookTwitter
SubscribeGoogleWhatsappPinterestDiggRedditStumbleuponVkWeiboPocketTumblrMailMeneameOdnoklassniki
Related Itemscomebackgirls generationLion HeartlistMV teaserpartyquizSM EntertainmentSNSDYou Think
← Previous Story BIGBANG Goes Wild in “Sober”
Next Story → INFINITE’s Return Becomes ‘Reality’