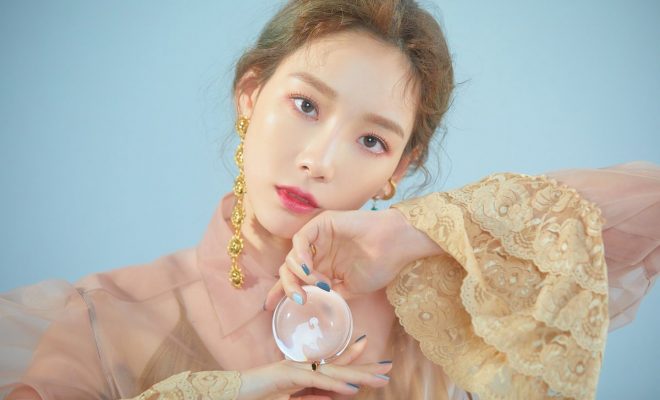 It was intense competition but Taeyeon managed to keep her throne with “Four Seasons”!

The song, which was unveiled to the public on March 24, debuted at the 12th spot of Instiz’s iChart, a composite sales chart which scores songs based on the combination of ranking data from various music sites.

“Four Seasons” went on to enter the top five almost three hours following its release and by the end of March 24 it ranked third overall. From midnight of March 25 until 11:30 a.m. KST, it settled on the number five spot. However, it started to gain momentum once more to position itself at the second spot of iChart at 12:30 p.m. KST.

It did not take long before Taeyeon overtook Jang Beom Jun to secure the number one spot after getting first place in the real-time charts of Melon, Genie, Bugs, Mnet, Naver, and Soribada. She ended March 25 on the top of the chart but was dethroned by Jang Beom Jun on March 26 from 2:30 a.m. KST to 4:30 a.m. KST.

The leader of Girls’ Generation reclaimed her throne on March 26 at 5:30 a.m. KST and has since held the top position. As of March 28 at 4:30 p.m. KST, “Four Seasons” continues to lead the daily and real-time charts of Melon, Genie, Bugs, Mnet, and Soribada. On Naver, the song placed sixth and third on the daily and real-time charts, respectively.