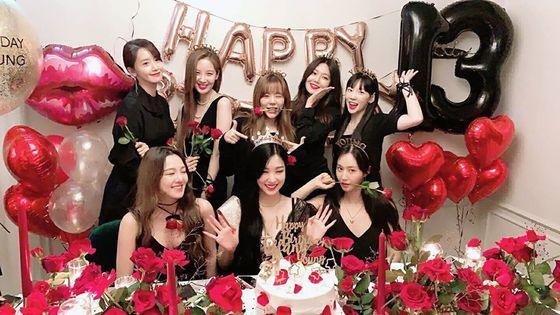 Watch out for the upcoming sweet reunion of Girls’ Generation!

Earlier today, News1 reported that all eight members of the group and their agencies are discussing with tvN’s You Quiz on the Block for an upcoming guesting.

Soon after, a source from the hit variety show confirmed the news saying, “The eight members of Girls’ Generation are appearing on the program as a full group.” The representative also revealed that the agencies are currently adjusting their schedules to set a date for the filming.

Girls’ Generation’s nearing variety show guesting is even more meaningful as they will celebrate their 14th debut anniversary in August. It will be their first broadcast as a complete group since 2017 when some of the members left SM Entertainment and joined other agencies.

Despite not promoting as a group for several years now, the group remained intact as they continue to meet and support each other.

You Quiz on the Block is hosted by Yoo Jae Suk and Jo Se Ho. Together, they explore society to meet various people to talk about their lives and have a special quiz session.

Meanwhile, the recording for the program is currently suspended due to a recently confirmed COVID-19 case among the production crew. The remaining staff, including the hosts, tested negative, but there is a period of reorganization for safety. Moreover, Girls’ Generation’s recording schedule is expected to be in early August.