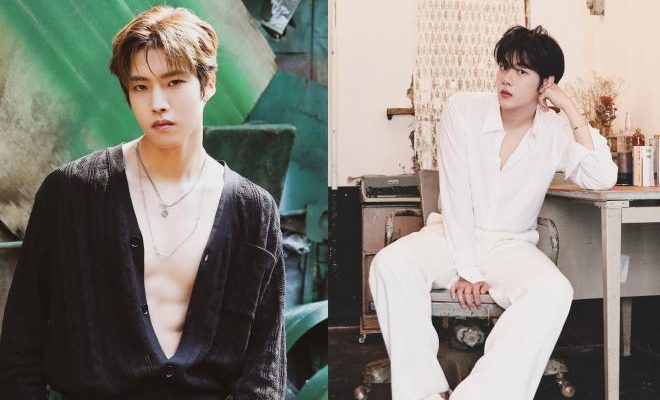 Golden Child’s Daeyeol and Jibeom give the choice between black and white in new solo teasers.

Two more members of Golden Child have stepped forward to reveal their teasers for the group’s comeback with the full album GAME CHANGER. In the spotlight this time are Daeyeol and Jibeom, donned in all white and black, showcasing outstanding charisma. 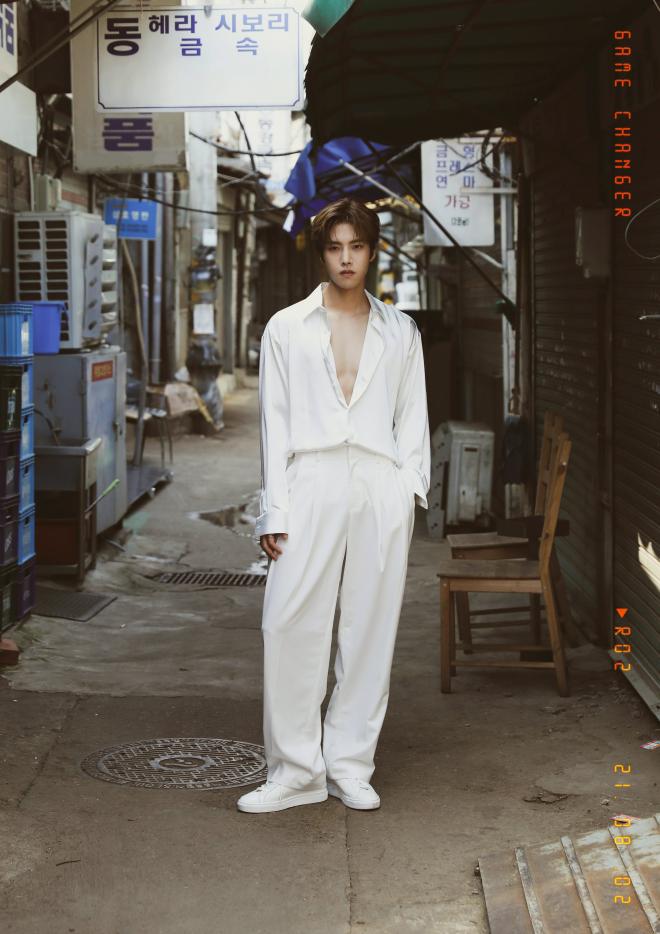 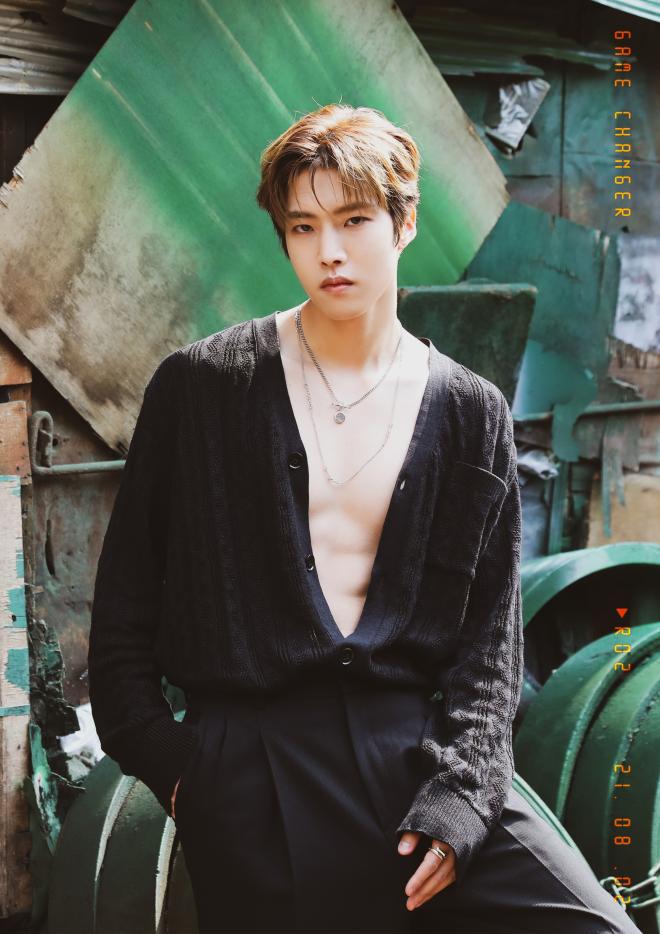 Leader Daeyeol posed against an alley background with a vintage mood, capturing the eyes of fans. While in his all-white image he gave a small peek into his chest, the all-black one better showed his solid abs that added to his sexiness on the photos. 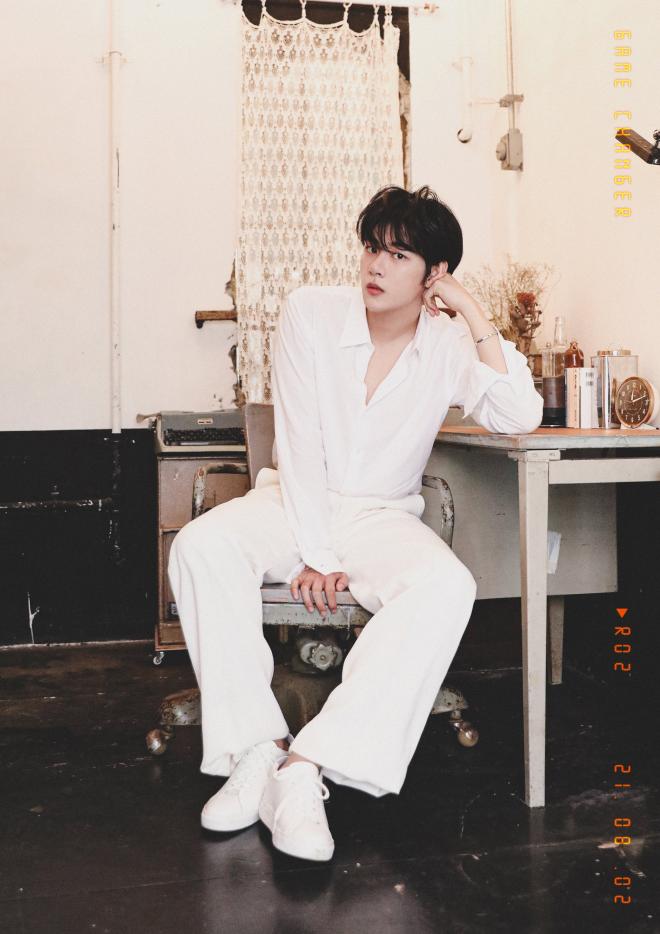 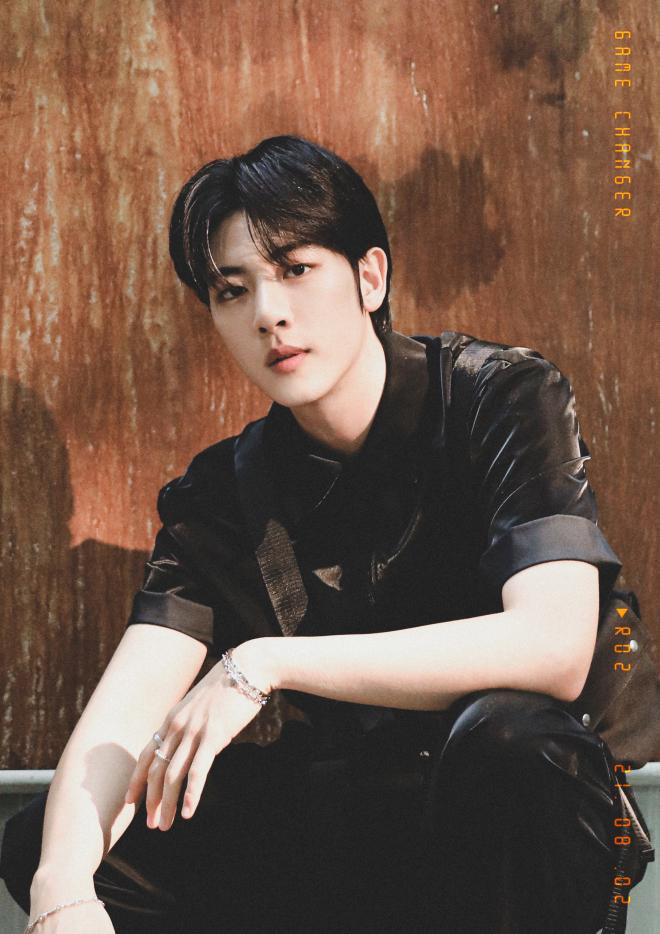 Jibeom stunned with his unique visuals, presenting a chic atmosphere. His firm and deep gaze made fans fall in love all over again with this talented man. Moreover, the two idols made it hard to choose which outfit fit better as they both gave a different and very handsome feel.

Just like with the previous two members, individual films followed shortly after the concept photos. Daeyeol kept the vintage mood in his clip, as he posed for the camera with looks to melt hearts. Also, he drew attention with the scene of the back view of his shoulders, which fairly complimented his well build up body.

Jibeom’s clip started with him trying to write something, showing his focused expressions. The video further grabbed the eyes with the artist’s striking close-up shots and his thoughtful look.

Previously, Woollim Entertainment shared the teasers for members Jaehyun and Bomin, raising questions about the mood of the album. More solo shots and videos are bound to follow for the remaining members. as well as teasers of GAME CHANGER’s contents.

The album’s name refers to an important person or event that can completely change the outcome or flow of something. Just like how the title leaves a strong impression, Golden Child plans to reaffirm passion and confidence with its ever-broadening musical spectrum.

The group plans to drop its second full album GAME CHANGER on August 2 at 6 PM KST.