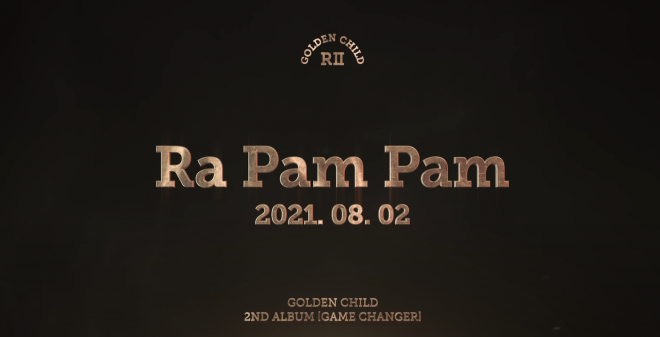 Discover the backstory of “Ra Pam Pam” in the music video teaser for the new title track of Golden Child.

After dropping an addictive performance preview, Golden Child revealed the next hint for its upcoming song. The boys kept surprising with their unique teasers, raising the expectations for their return on the entertainment scene. 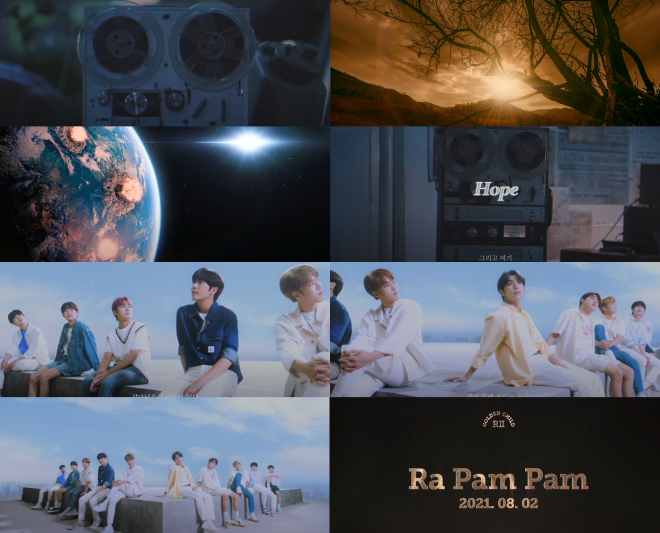 The clip plays a recorded message about the distant year 2080, when the world has experienced a series of anomalies. The disasters that came and destroyed the planet were shown through various impactful clips.

The teaser also focused on the failed trial to save the Earth and how the powerless were, in the end, left there for their dead. Lastly, viewers can see Golden Child as the last youth standing their ground and ready to persevere in the face of despair.

Overall, the teaser may not include the title song itself, but it touches the hearts in a different way. When everything seems lost and unrepairable, there is always that one last hope which stands strong.

The group is getting closer to its comeback and the teasers are more and more intriguing. The idols previously shared their individual charms through solo images and films, later delivering two concept photo versions as well. They also gave fans a quick peek into their latest choreography of the new song “Ra Pam Pam”, which also hinted at its addictive sound.

The name of the album refers to a person or event that can completely change the flow or outcome of something. This new trailer fits the description well and is bringing excitement to fans for the full music video.

Golden Child, who plans to amaze with their new work, will release the second full album GAME CHANGER on August 2 at 6 PM KST.