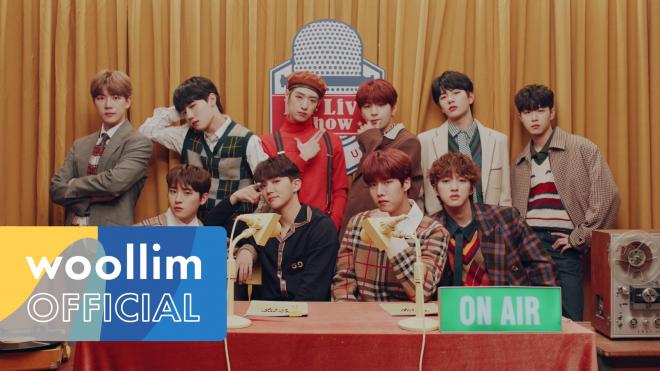 Prepare for some fun time with Golden Child in their upcoming single Pump It Up!

The boys from Golden Child shared a quick preview of their single album Pump It Up. A fun music video teaser followed shortly after, hyping fans about the group’s comeback.

On October 3, Woollim Entertainment uploaded the long awaited trailer for the boys’ title track “Pump It Up”. The curiosity was high ever since the concept images were revealed earlier this week.

In the video, the members popped up in different settings, hinting at various themes. Above all, the short clip had an entertaining atmosphere, raising the expectations for a lively clip to come.

Previously, the group also shared the Highlight Medley for the album, which brought out the unique sound of Golden Child. The first song on the list has an exciting feel to it and is already a track which fans simply can’t wait to hear. “Pump It Up” is created by composer MosPick and members Jangjun and Tag wrote the rap lyrics.

The next number includes lyrics expressing a faint longing and containing the beautiful, sweet vocals of the members. Lastly, the third song captures the warm and reliable heart towards a lover and previewed another up-beat number.

Earlier, Golden Child unveiled three types of concept images and trailers, which emphasized on each member’s individuality. The boys perfectly digested both the refreshing looks and the elegant pilot attires, all while stealing fans’ hearts.

The group still has a couple more teasers to reveal, prior to the album’s release. The group will share its second music video trailer on October 5 and will also upload the jacket and music video making clips on October 4 and 6.

Meanwhile, Golden Child will drop its second single album Pump It Up on October 7 at 6 PM KST.

FacebookTwitter
SubscribeGoogleWhatsappPinterestDiggRedditStumbleuponVkWeiboPocketTumblrMailMeneameOdnoklassniki
Related ItemsGolden ChildPump It UpPump It Up MV teaserPump It Up preview골든차일드
← Previous Story WJSN CHOCOME Become Human Vitamins In “HMPH!” Moving Teasers
Next Story → K-Pop Spotlight: How A.C.E Has Been Owning Their Title As “Favorite Boys”