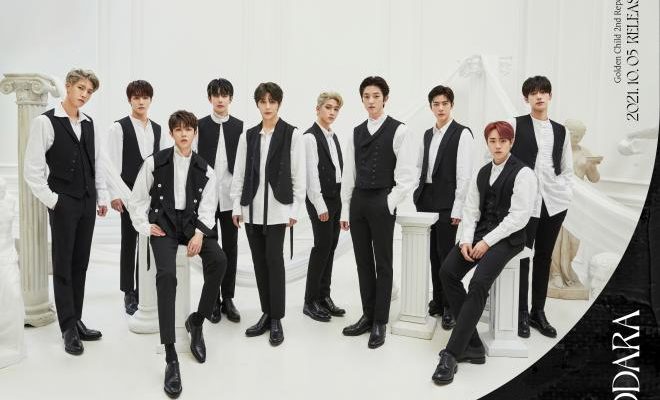 After days of teasing its comeback, happening only two months after the last one, Golden Child officially revealed the new inclusions featured on DDARA. In addition to the colorful eleven tracks on GAME CHANGER, the repackage album will feature the new title track “DDARA” and another song called “OASIS”. 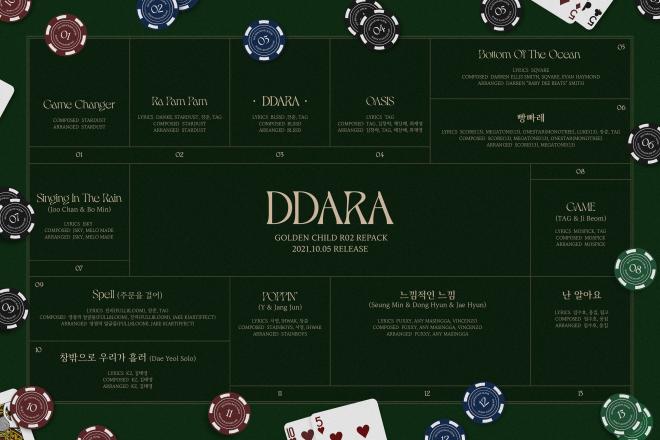 On October 1, Woollim Entertainment dropped the tracklist for the upcoming release, as well as a special teaser track video.

“DDARA” grabs the attention with its rhythmical beats and new jack swing melody. The acapella at the beginning and the hook create an addictive feel that further raises expectations for the new song. Also, the talented rappers, Jangjun and TAG, once again participated in the lyrics writing.

“Oasis” is a self-composed music number by member TAG, in collaboration with production team AIMING. It is a song with a refreshing mood that expresses gratitude towards the members who are each other’s haven, comparing them to an oasis, the only shelter in the desert.

Golden Child also shared its first music video teaser for “DDARA”. The clip started off with a monochrome scene of the members walking, while dressed in stylish suits. They then created a competitive mood and radiating overflowing charisma.

The video continued by showing a close-up of the members, who made hearts flutter with their striking visuals. The ending stimulates the curiosity, even more, when TAG and Jangjun push the statue to the floor as they stare with a chic look at the camera.

We are in for a treat with these two new tracks, which will again show us the ever-growing appeal of Golden Child. The group will make its return with the second repackage album DDARA on October 5 at 6 PM KST.