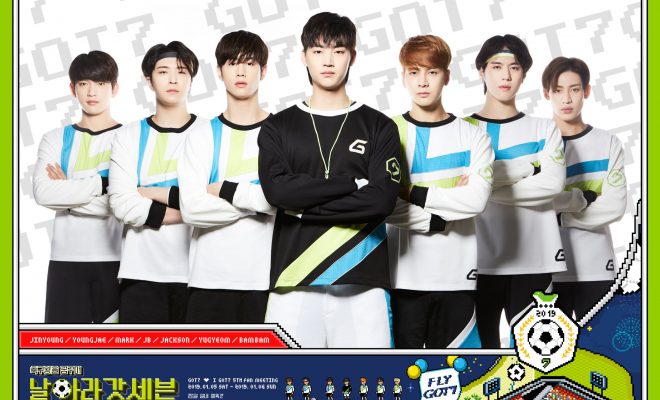 GOT7 Counts Down To Fifth Fan Meeting With Concept Posters

Get ready to fly with GOT7, Ahgases!

GOT7 hypes up their upcoming fifth fan meeting with sporty concept posters, showing them as football kings. 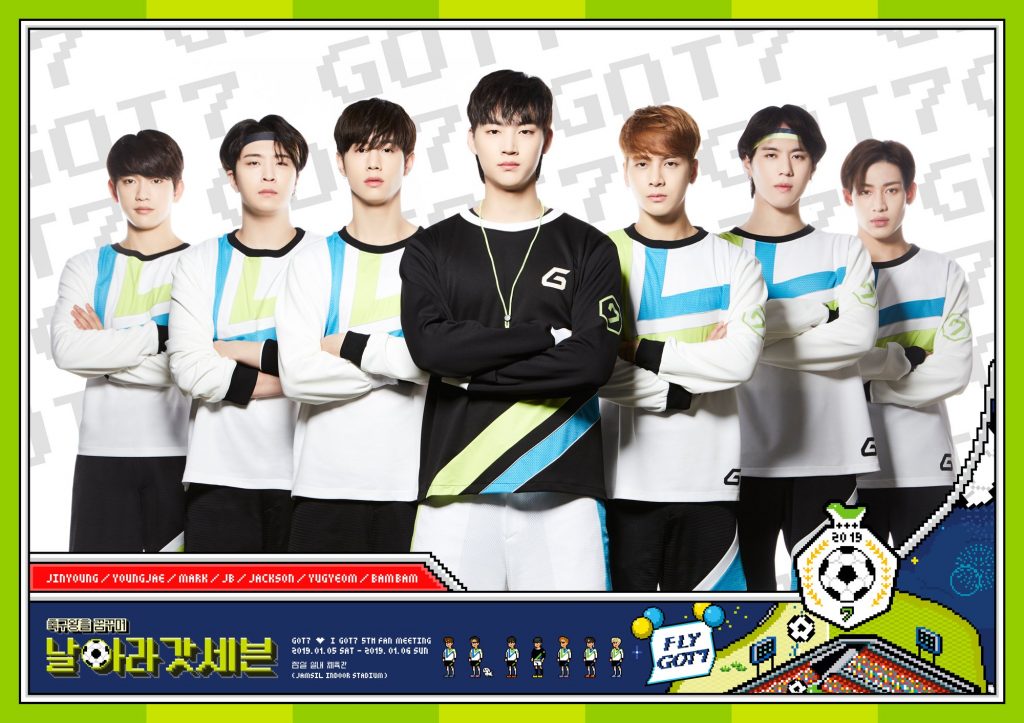 The boys of GOT7 are gearing up to meet their fans soon, with Dreaming of Soccer King: Fly GOT7, their upcoming fifth fan meeting, which will be held at the Jamsil Indoor Stadium. The event will run for two days, with the first happening on January 5, 2019 at 4 PM KST, and the second taking place the next day at 12 PM KST.

READ: GOT7 To Celebrate Its Fifth Anniversary With IGOT7s Through A Fan Meeting

The event’s main poster was released on December 26, featuring all seven members and teasing with the fan meeting’s football theme. Three posters were also released the following day, which showed two sub-teams within the group, plus an individual poster of leader JB. 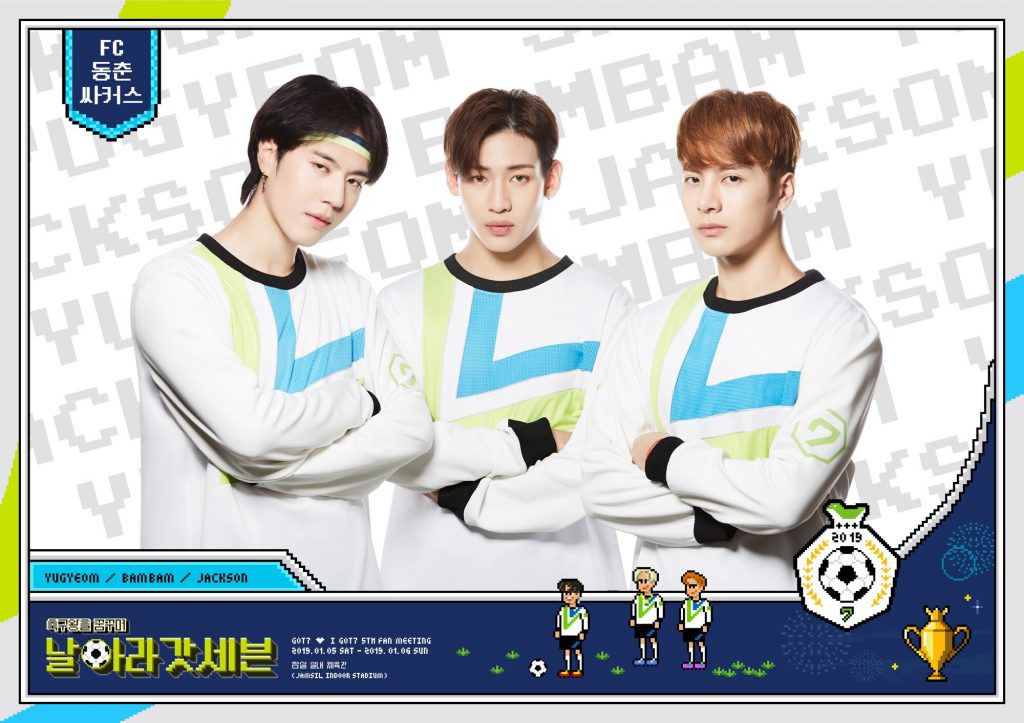 The first sub-team poster featured members Jackson, BamBam, and Yugyeom, while Mark, Jinyoung, and Youngjae belonged to the other.

The team posters suggest the division of members, “competing” for the title of football king as a group. 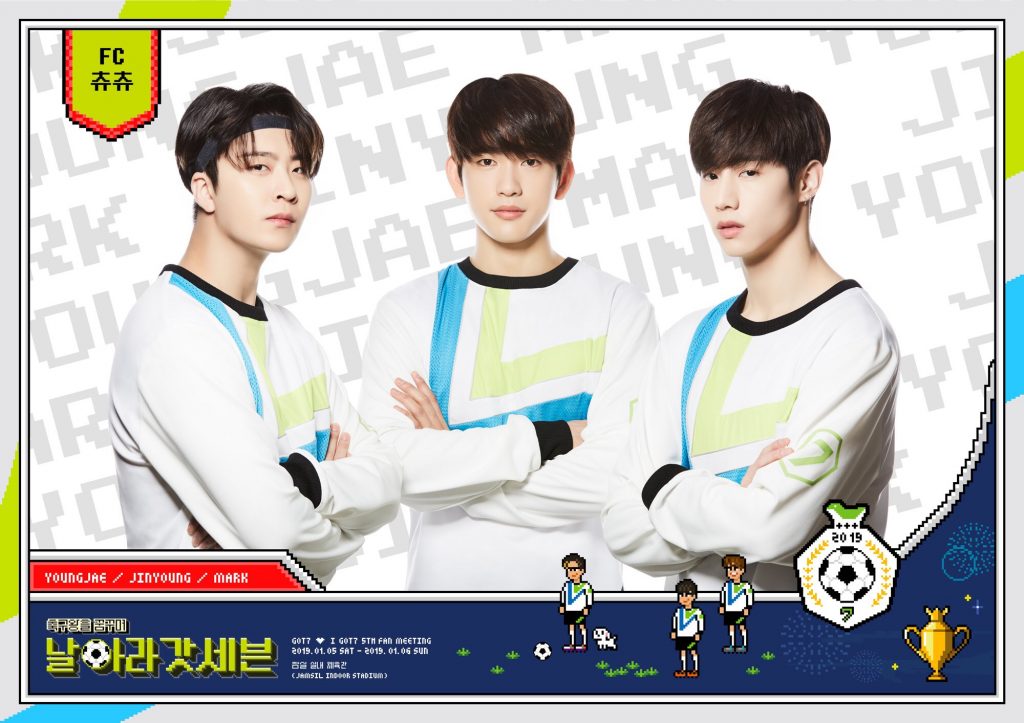 Meanwhile, last to be revealed was the group’s leader JB, flying solo for his poster, where he projected the image of a referee. 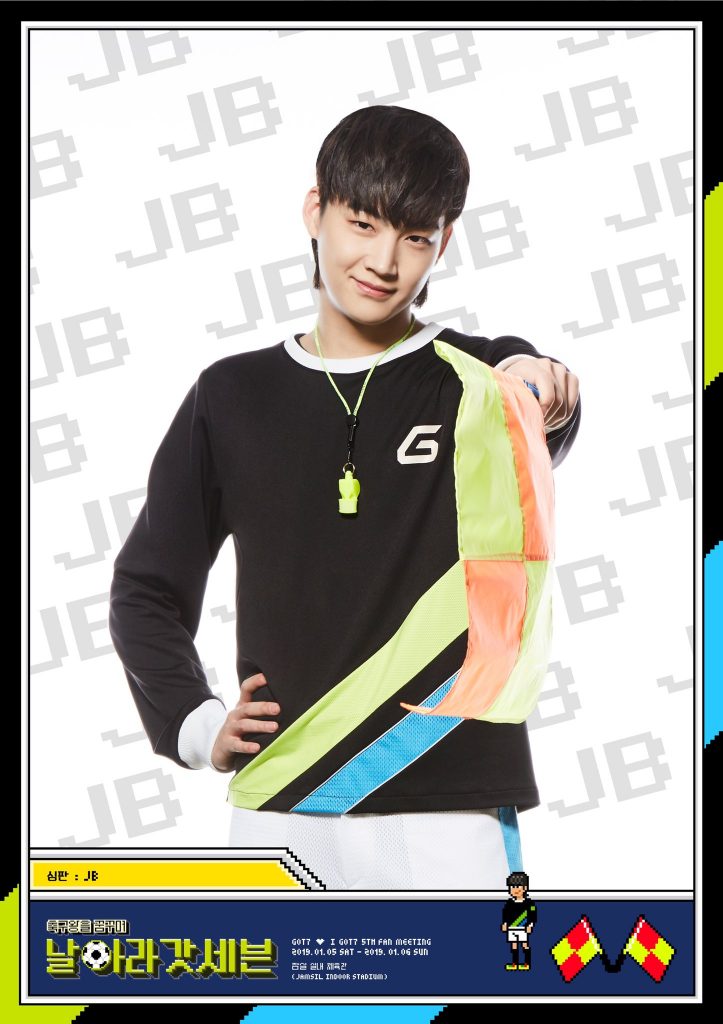 Dreaming of Soccer King: Fly GOT7 will be held to commemorate a very important milestone in the group’s career – which is none other than their fifth anniversary together.

Are you joining GOT7’s fifth fan meeting next year? Let us know by leaving a comment below, giving us a holler on Facebook, or tweeting us at @hellokpop!