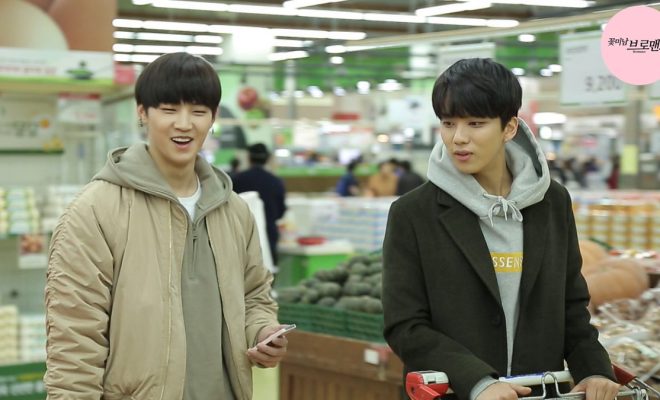 One at a time.

GOT7‘s leader JB and B.A.P‘s Youngjae opened up on their inner thoughts regarding their career on the recent episode of MBig TV’s Celebrity Bromance.

Youngjae also expressed that he, too, was surprised to see his friend debut as an actor.

“I did not expect to play a leading role,” JB continued. He also admitted that playing the lead role in the series gave him a lot of pressure.

The leader of GOT7 decided that he chose not to act for now to focus on his singing career. “I want to achieve something [as a singer]. If I do both and become an actor, I will be sorry for my singing career,” he said.

Youngjae, on the one hand, shared his interest in composition, expressing his desire to excel in the field.

“I composed some songs, but I’m not that confident,” he said.

The two recounted 2PM‘s advice back then – to do their best when they can practice. It seemed distant and blurry at that time, but only makes sense now that they are idols.

“Honestly, we did our best before our debut but we did not know how to do it wisely,” Youngjae said.

JB and Youngjae were trainees under JYP Entertainment before Youngjae left to sign with TS Entertainment.  Both made their debut in 2012 under their respective groups, B.A.P and JJ Project.

GOT7 recently wrapped up the Malaysia leg of FLIGHT LOG: TURBULENCE Tour. GOT7 is set to land on the Philippine shore on December 21 in Cebu and 23 in Manila for the tour.