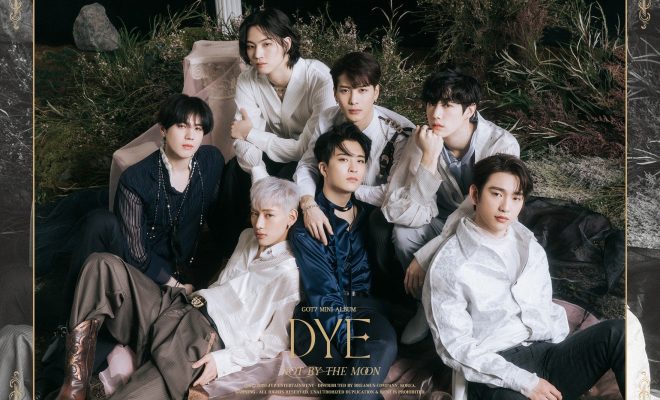 GOT7 Rises With Loaded Tracklist For Upcoming Mini-Album “DYE”

GOT7 has given a peek at the songs showcasing their musical colours which they prepared for their nearing comeback!

GOT7 has listed the brand new tracks they will be singing to fans for their approaching comeback with the new mini-album DYE. 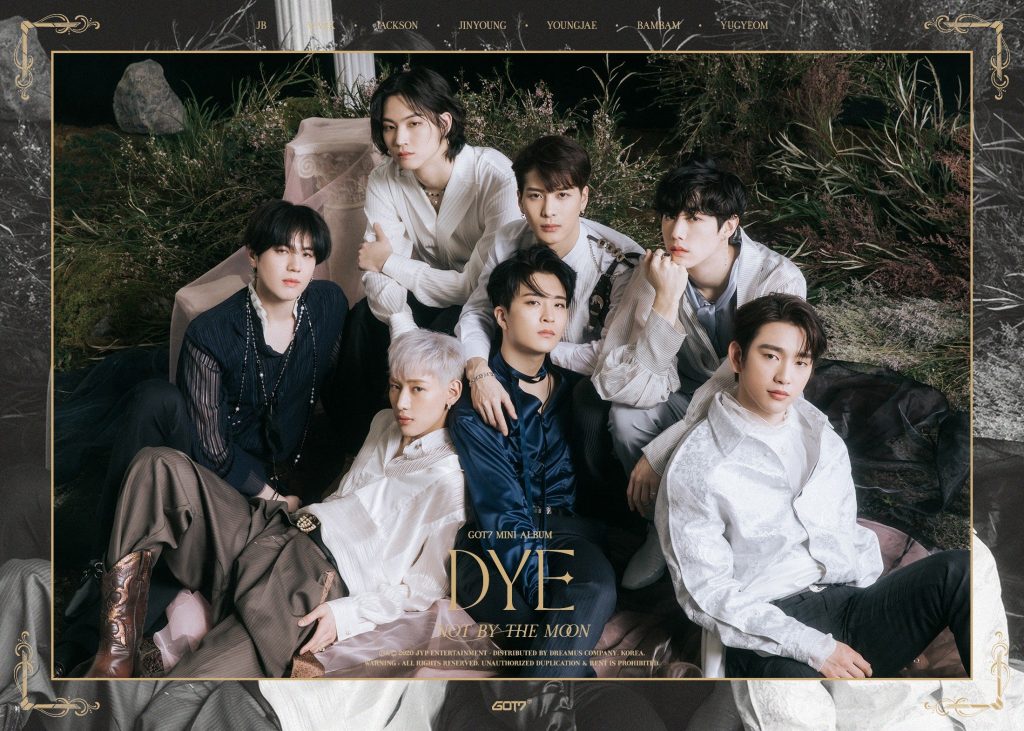 Unveiling their tracklist on the midnight of April 13, the boy group introduced the ten exciting titles that fans should watch out for upon their mini-album’s release on April 20 at 6 PM KST.

As revealed earlier, DYE will be headlined by the song “Not By The Moon”, which contains the message of an infinite love that never changes. This song is a harmonious blend of the rising beats, heavy sounds, and the lovely voices of the seven members.

Additionally, the emotional atmosphere of the track will spread like a gradation beginning from its intro, capturing listeners’ ears especially in its deep chorus. According to the tracklist, “Not By The Moon” has the participation of JY Park in writing the lyrics, composing, and arranging the song. 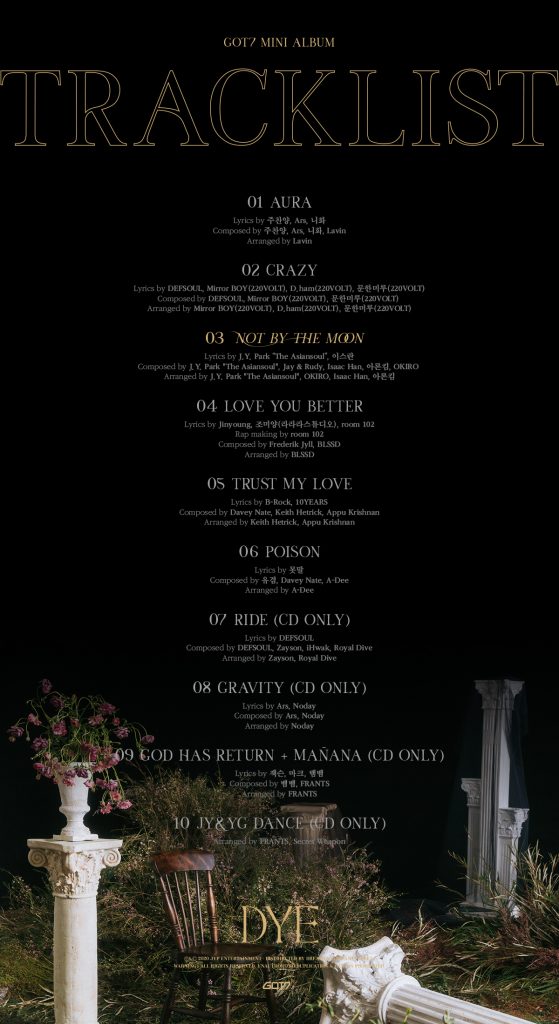 Expressing their unique colors as musicians, they will look at the feelings of falling in love from various perspectives and give them a more special appreciation through each of the songs that they made.

Moreover, leading composers such as Joo Chan Yang, who won the chorus category for this year’s performer award at the 9th Gaon Chart Music Awards, and 220VOLT, who participated in GOT7’s “LOOK”, “You Are”, and “Eclipse”, also took part in completing another high-quality album from the group.

Meanwhile, tracks seven to ten which are “RIDE”, “GRAVITY”, “God has returned + Mañana”, and “JY&YG Dance” are only available on the CD version of the mini-album. These were the songs that the group performed on their individual and unit stages during the GOT7 2019 World Tour Keep Spinning, and are expected to be special gifts to their fans.