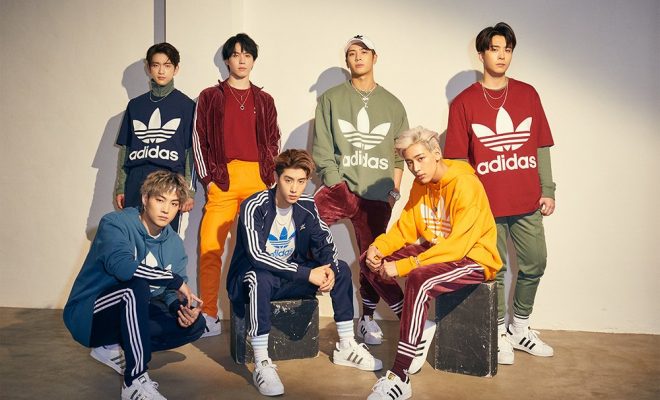 GOT7 Proves Global Popularity As Members Models For Adidas Originals

New endorsement deal for GOT7!

South Korean boy group GOT7 adds another partnership in its list as the boy group becomes the newest advertising models of global sportswear brand, Adidas Originals.

Photos of the boy group sporting the brand were released via Adidas Korea’s website and social media accounts. They feature JB, Jinyoung, Jackson, Mark, Youngjae, BamBam, and Yugyeom in colorful sweatshirts with visible brand logo of the brand.

Although it’s the first time GOT7 officially signed as advertising models for Adidas, the boy group has previously collaborated with the sportswear brand.

Earlier this year, the members were seen wearing products from the brand for their Eyes On You promotions.

The partnership between the boy group and global sportswear brand further prove the global popularity and appeal of GOT7. Moreover, the team up comes after the success of the boy group’s Eyes On You world tour.

Aside from Adidas, the boy group has been tapped as promotional model for other brands including a skincare brand. 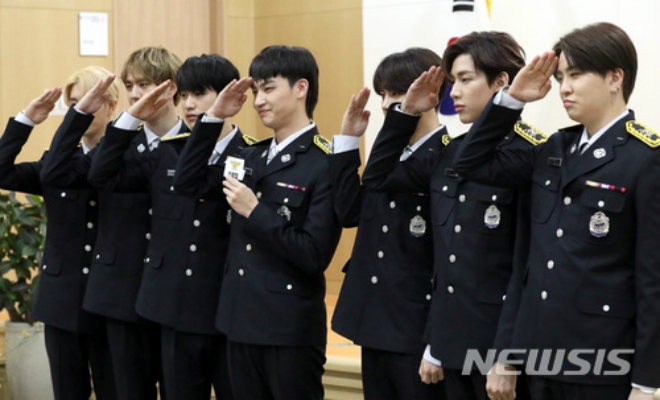 Meanwhile, GOT7 returned with its third studio album, Present: YOU. It contains a total of 16 tracks including four versions — Korean, English, Chinese, and Spanish — of its title track, “Lullaby”.

Moreover, the album includes solo tracks of each member which saw the members’ participation in the composition and writing of lyrics.

Present: YOU topped iTunes charts in 25 countries. The accompanying music video of “Lullaby” has garnered more than 26 million in five days.

Hellokpop, as an independent Korean entertainment news website (without influence from any agency or corporation), we need your support! If you have enjoyed our work, consider to support us with a one-time or recurring donation from as low as US$5 to keep our site going! Donate securely below via Stripe, Paypal, Apple Pay or Google Wallet.
FacebookTwitter
SubscribeGoogleWhatsappPinterestDiggRedditStumbleuponVkWeiboPocketTumblrMailMeneameOdnoklassniki
Related ItemsGOT7Got7 lullaby
← Previous Story BLACKPINK’s Jennie Is Set To Join Yoo Jae Suk’s New Variety Show
Next Story → Don’t Think It’s Relevant For BTS To Speak At The UN General Assembly For UNICEF? Read This.