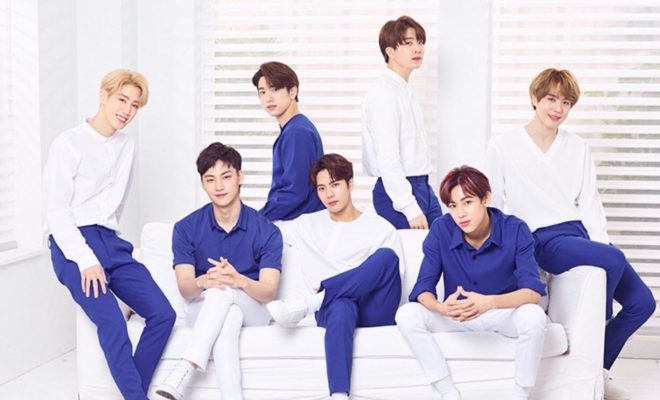 GOT7 Tops Survey On Best Winter Song With “Confession Song”

GOT7 topped the survey conducted on Idol Champ where netizens were asked to vote on the best song that “raise the body temperature that has fell because of the cold winter season.”

After two weeks of voting, the seven-member boy group’s “Confession Song” emerged as the top song that can “melt the frozen body and mind with its warm music”. The song accounted for 37.08 percent of the total votes with fans commenting that the idea of confessions on snowy days is always warm.

“Confession Song” was released in November 2015 as part of MAD Winter Edition. It was written and composed by JYP Entertainment’s main producer Park Jin Young. The song talks about someone who does not have the courage to confess his love and uses the song instead to convey his or her feelings.

The song was accompanied by a cute music video wherein GOT7 helped students confess to their fellow students.

EXO came second in the list with “Miracles in December” garnering 35.92 percent of the votes. The song from the boy group’s special winter album Miracles in December gave warmth to listeners and showcased another side of EXO which is different from its title tracks. The lyrics of the song conveys the longing for a former lover.

“Miracles in December” was released in December 2013 in both Korean and Chinese versions. Chen, Baekhyun, and D.O. sang the Korean version, while Luhan replaced D.O. in the Chinese version. Meanwhile, the music video featured all 12 members of the boy group.

BTOB placed third with a total of 14.21 percent of the votes for its song “The Winter’s Tale”. The song served as the title track of the boy group’s special Christmas album of the same title released in 2014.

“The Winter’s Tale” was written by Im Hyunsik, Jung Ilhoon, Lee Minhyuk. and Peniel. Hyunsik and Ilhoon also contributed to the music and arrangement of the song.

Other songs that made the list include Infinite’s “Lately”, Lovelyz’s “Twinkle”, and SS501’s “Snow Prince”.

A lot of songs by SM Entertainment artists also made it on list. Netizens noted that the company has released a lot of winter songs in the past years. Among the songs on the list include TVXQ and Super Junior’s collaboration titled “Show Me Your Love”, NCT Dream’s “Joy”, Red Velvet’s “Wish Tree”, and TaeTiSeo’s “Dear Santa”.