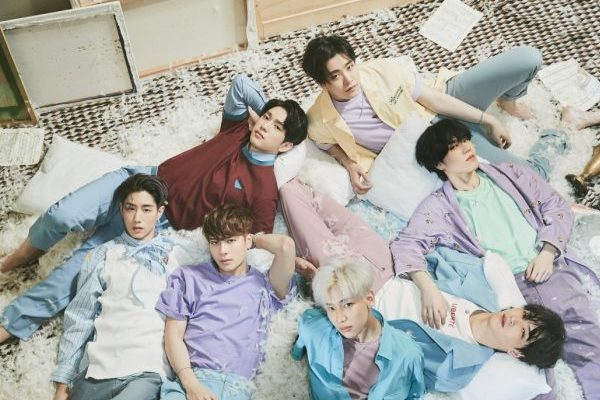 GOT7 Reveal Tracklist For “Present: YOU”

GOT7 are finally coming back!

Following a wildly successful world tour, GOT7 will be coming back with their third full album Present: YOU on September 17. 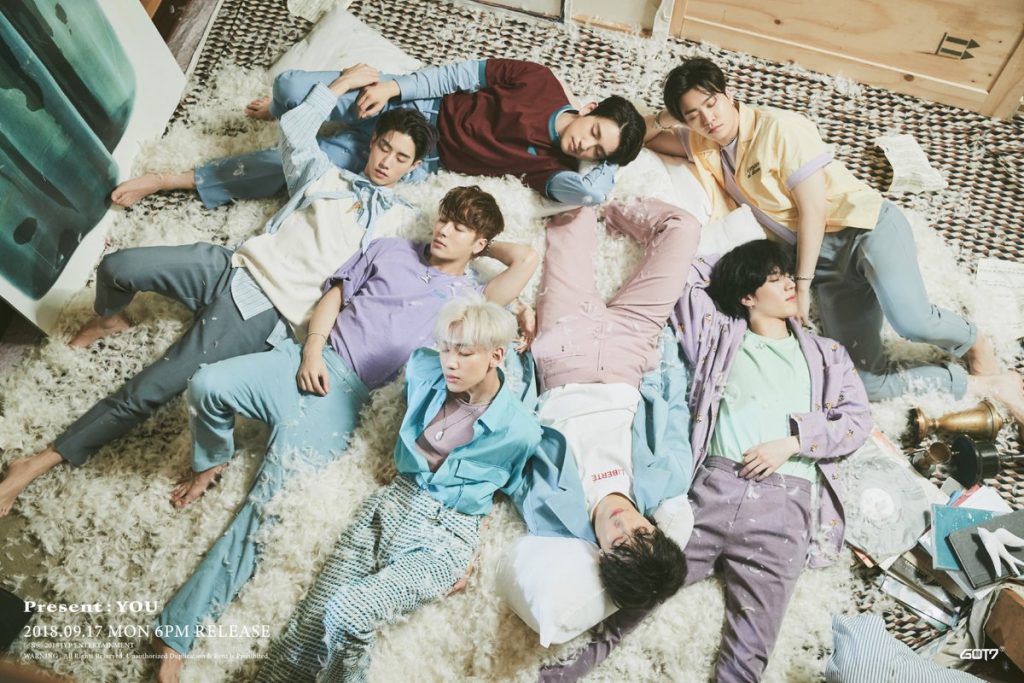 The track list for the album contains 16 total tracks, with “Lullaby” being the title track. “Lullaby” was written, arranged, and composed by Full8bloom, the team behind many other tracks including Suzy’s “Holiday”, Taeyeon’s “Fine”, and Produce 48’s “I Am”.

GOT7 were also heavily involved in the creation of this album, with each member featuring on their own solo track. JB’s solo track “Sunrise” features production by members of Offshore, the team involved with JB’s personal Soundcloud tracks. Jackson teams up with Boytoy, the producer of many of his previous solo tracks including “Papillon” and “Okay” for his solo on this album.

The title track “Lullaby” will be released in Chinese, English, and Spanish. 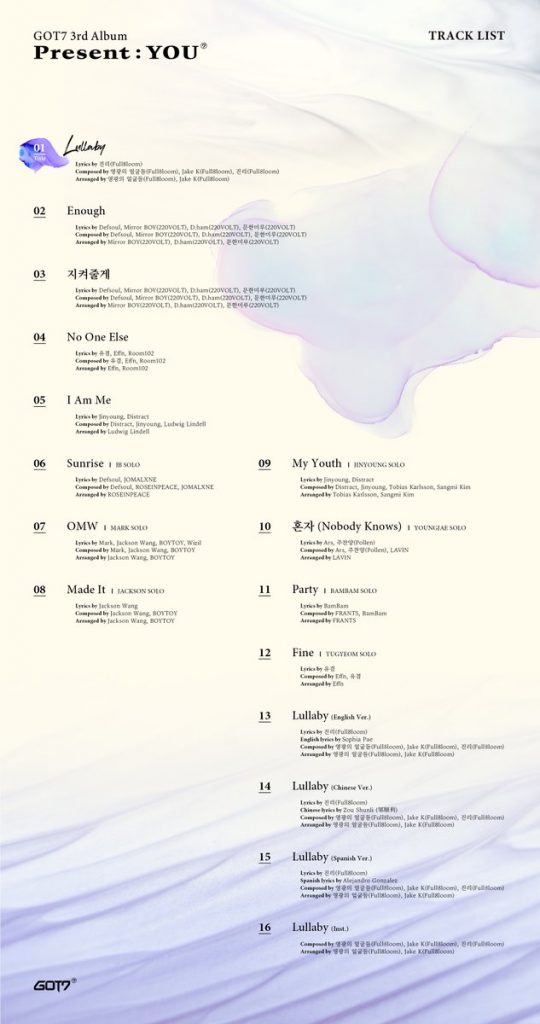 This is GOT7’s latest release following their eighth EP, Eyes On You. The album charted on South Korea’s Gaon chart, and took the peak at number 2 on Billboard’s World Album chart. The boys will also be headlining KCON in Thailand performing alongside Wanna One, Stray Kids, Pentagon and more over the two-day festival.

We cannot wait to see what GOT7 have in store for us!