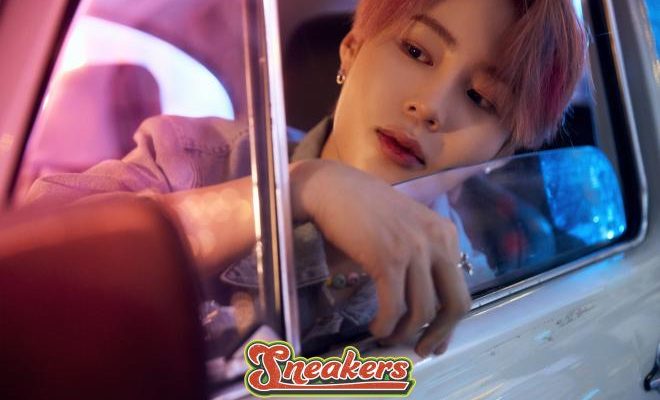 By Marty | May 30, 2021
368
SHARES
FacebookTwitter
SubscribeGoogleWhatsappPinterestDiggRedditStumbleuponVkWeiboPocketTumblrMailMeneameOdnoklassniki

Take a close look at the Sneakers box to find out the track list that Ha Sung Woon will present in his new work.

Ha Sung Woon is getting closer to his comeback and his latest reveal focuses on the contents of his upcoming fifth mini-album. More specifically, the new teaser is the tracklist for Sneakers, which drew the attention of music fans everywhere. 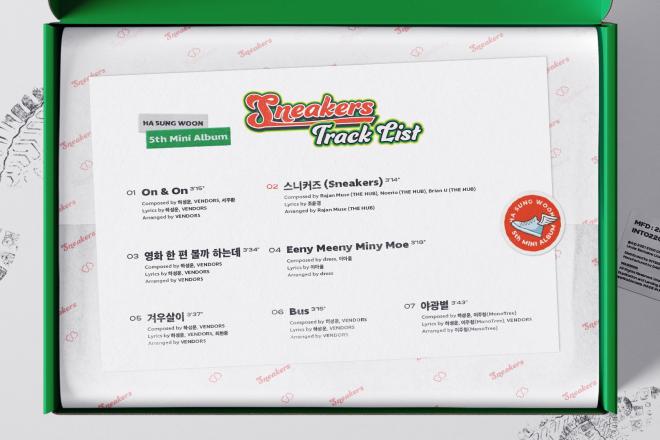 Star Crew Entertainment released an image on May 30 through the official social media channels of the singer. According to the picture reminiscent of a shoebox, it contained the names and credits of the seven tracks that will be filling the soloist’s album.

The title track “Sneakers” is gaining curiosity as it is the first song created with the help of the production team THE HUB. Fans are curious about what kind of track they will create for the idol.

Ha Sung Woon will also be demonstrating his composing and lyric writing skills through most of the songs on the album. His self-composed pieces are in collaboration with VENDORS, with who he already worked in the past, further raising expectations.

The idol has been giving spoilers about his new album through various channels such as audio shows and Live broadcasts. He emphasized the refreshing concept and that his work will contain easy listen to music. To this, fans are responding with their excitement about being able to listen to the new songs soon.

Previously, the artist shared a couple of teaser images, showing a colorful and playful atmosphere. He will continue to present more concept photos, along with an album preview and music video trailers.