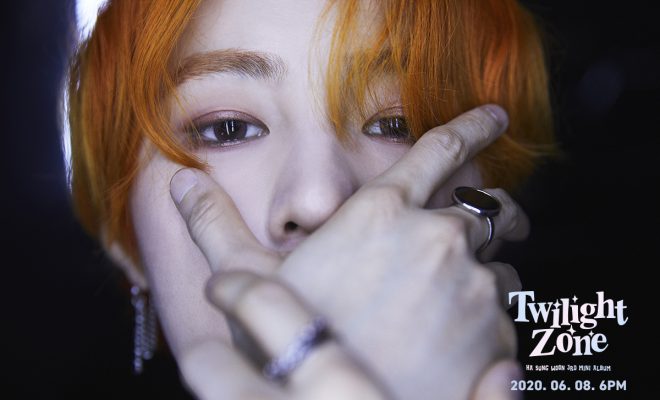 Ha Sung Woon created a fantastic and mysterious space as he basked in the middle of light and darkness for his latest mini-album Twilight Zone. Led by the track “Get Ready”, this new eccentric treat from the soloist was officially released on June 8 at 6 PM KST. 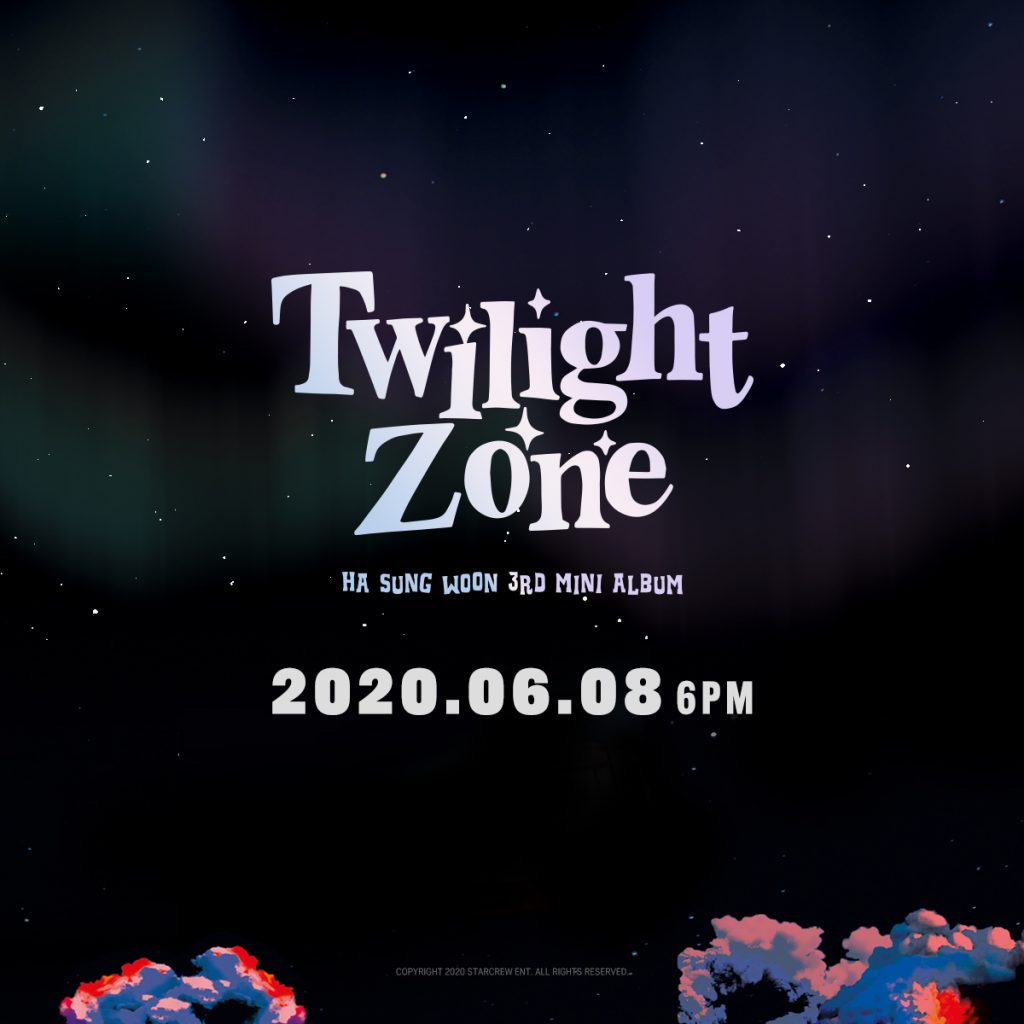 Signaling his comeback with a poster revealing its details on May 18, Ha Sung Woon followed up with a schedule for his promotional teaser release on May 20. 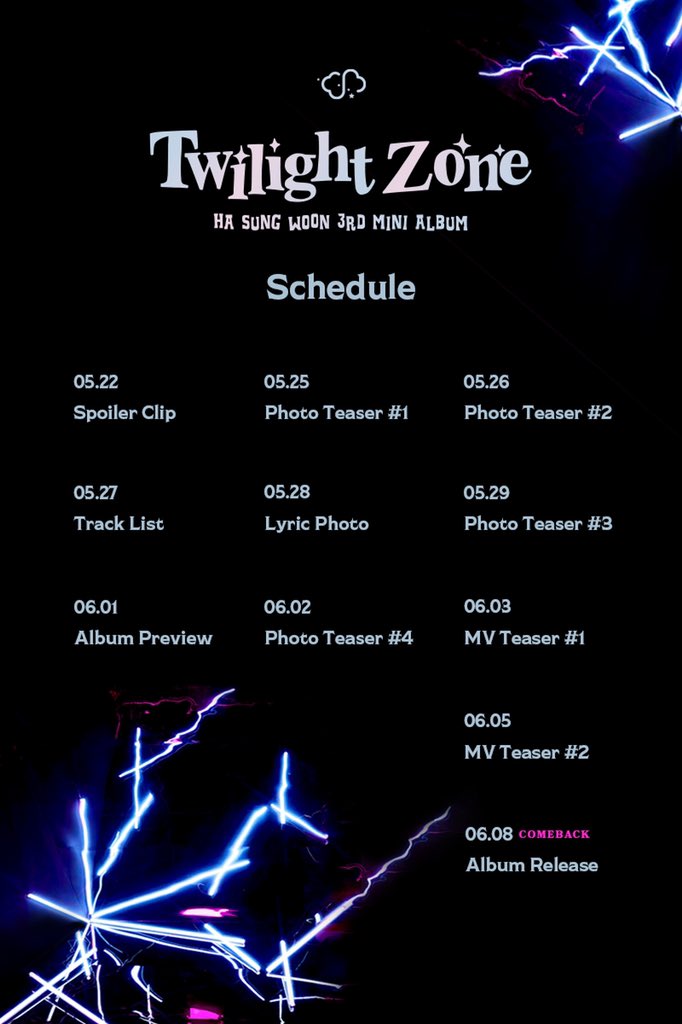 The soloist then gave fans a peek of what to expect from his return with his third mini-album Twilight Zone through a spoiler clip on May 22. Afterward, he shared two sets of teaser photos back-to-back on May 25 and 26. 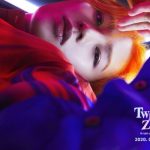 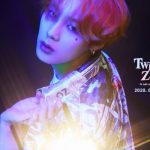 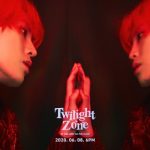 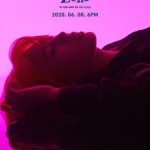 Giving a glimpse of the new music he has prepared, the singer unveiled the tracklist for Twilight Zone on May 27. He then shared a captivating lyric photo the next day, where he once again basked in the bright glow of neon lights. 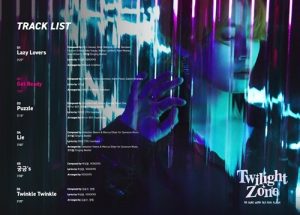 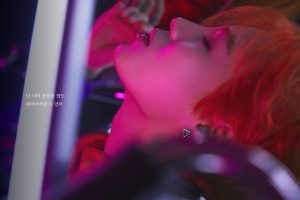 After releasing his third set of teaser photos, Ha Sung Woon dropped another poster bearing a line from his new song’s lyrics on May 31. 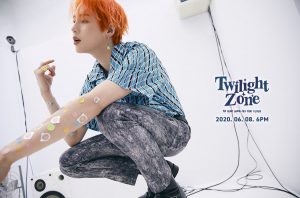 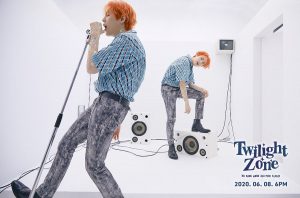 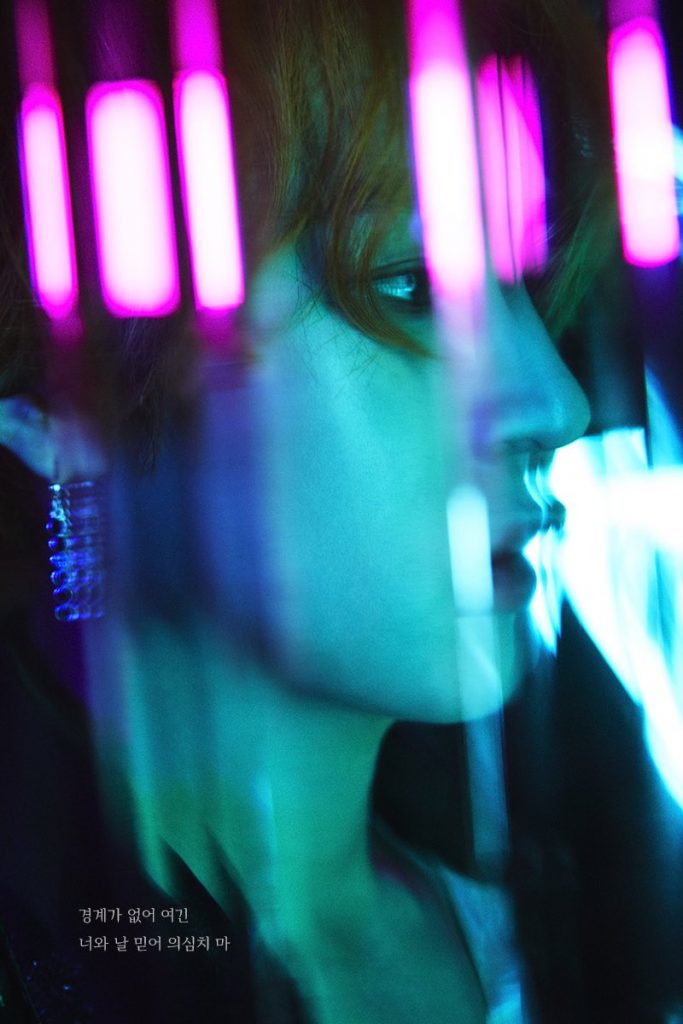 Starting the month beautifully, Ha Sung Woon then played the melodious previews of his new tracks for Twilight Zone on June 1.

He then followed up with his last set of teaser photos on June 2, where he once again dazzled everyone with his riveting charms. 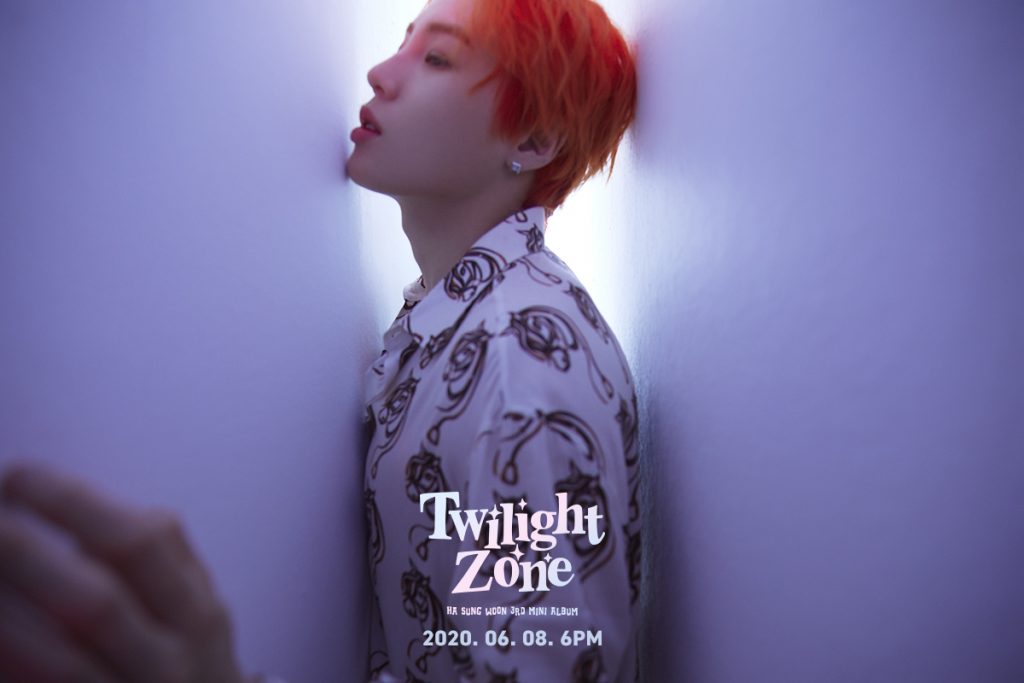 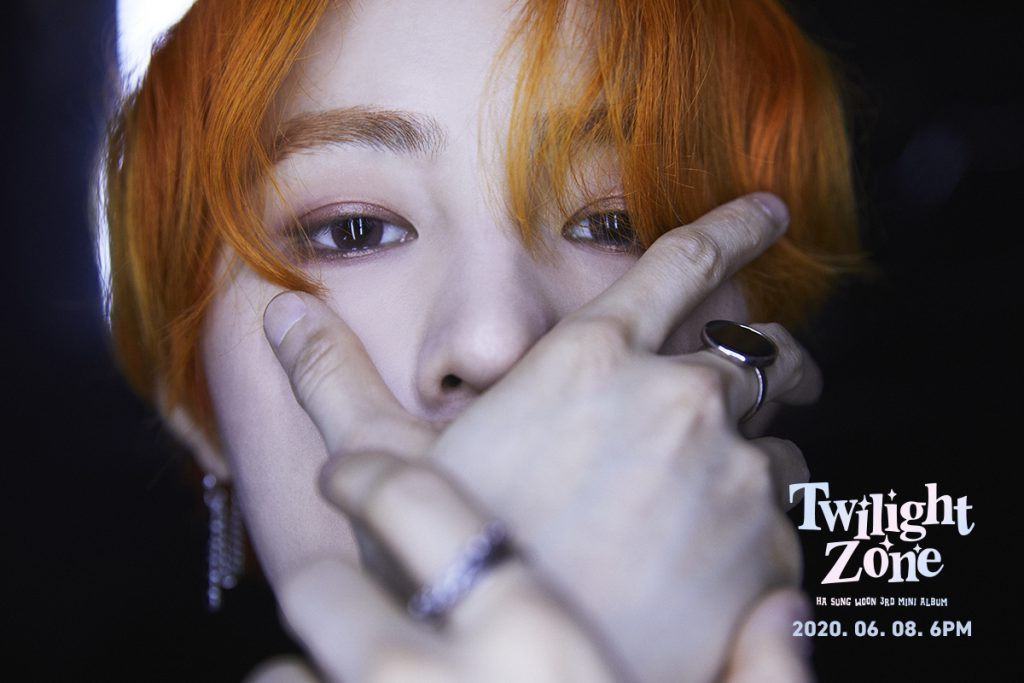 Finally, the singer shared snippets of his music video for “Get Ready” on May 3 and 5, which further amplified fans’ excitement prior to his official return on May 8.

First things first: Ha Sung Woon’s Twilight Zone took inspiration from the 1960s American hit TV show of the same name. It contains a mixture of suspense, mystery, and thriller—and based on this, fans are definitely assured of the wild ride of genres that the singer takes on for his latest release.

The title track “Get Ready” is a song that featured a bold and powerful beat brought by the mixture of saxophones and brass instruments on top of hip hop drum sounds. Its lyrics also featured a message expressing an artist’s desire and passion in making music freely—and especially without being tied to formality.

Meanwhile, “Lazy Lovers” gave a unique listening experience with its funky rhythm and retro synth. “Puzzle”, on the other hand, was able to focus on his honey vocals more despite its upbeat rhythm. The pop dance track contained a more mellowed down sound compared to the two previous songs, which allowed for the showcase of Ha Sung Woon’s smooth glides for every note.

Continuing the softer and more relaxing atmosphere is the next track “Lie”, a ballad which enabled fans to hear the singer’s outstanding vocal prowess. With every word on the song, Ha Sung Woon effectively communicated its lyrics’ sincere emotions alongside his euphonious singing.

On the other hand, his next song “Curious” reminded us of the vibes from his solo debut track “Bird” because of its cute and carefree sound. The love song effectively filled our hearts and made us smile with its interesting arrangement.

Lastly, the funky intro to “Twinkle Twinkle” will pique listeners’ interest, and how Ha Sung Woon’s dulcet vocals started the song with “You’re so lovely,” will definitely have you hooked. We especially loved the piano keys playing in the background of the retro R&B track.

For this comeback, Ha Sung Woon strayed away from his existing soft and cute image and instead showed off new charms with his dreamy and charismatic side. With his hair coloured vibrantly as ever and his energy flying off the charts in the music video, Ha Sung Woon reflected the eccentric and free-spirited vibes of “Get Ready” as a song to the visual delight that he treated his fans with.

It began with Sung Woon swimming and finding a house underwater—which somehow reminded us of the film Miss Peregrine’s Home for Peculiar Children. Decorated by a burst of vibrant colours from its props, set, and to the singer’s outfits, the music video for “Get Ready” directed the spotlight to the sleek choreography of the song.

After taking fans underwater, Sung Woon also soared to the sky midway through the video. He also found himself welcomed into a house party as well as standing in a podium for a speech. These interesting settings were then wrapped up by him appearing as a director in the end, which carried a unique twist and seemingly gave a “breaking the fourth wall” feel to the video.

Photos and videos from StarCrew Entertainment