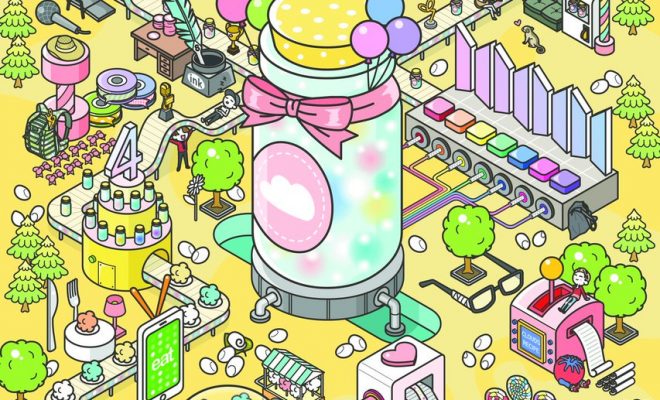 “Happy Ever After” With BTS 4th Muster!

Happy ever after exists not only in fairy tales but also in the story between BTS and ARMYs. 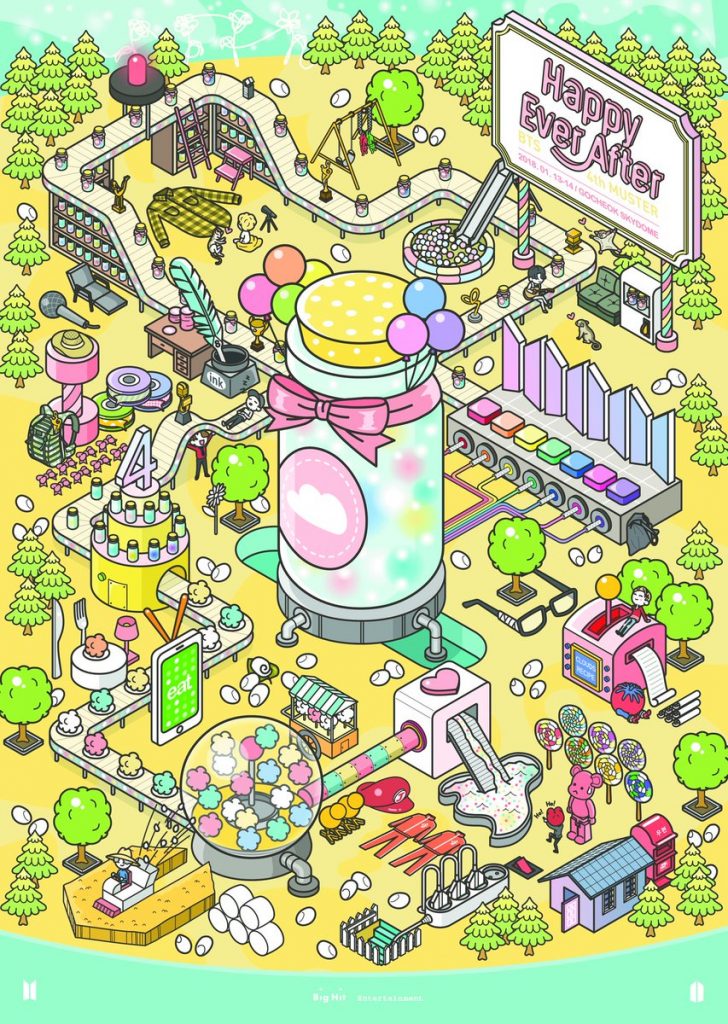 On November 2, BigHit Entertainment finally revealed the poster for BTS 4th Muster through its official Twitter account. Every ARMY’s most awaited yearly BTS fan meeting is set to take place in Gocheok Skydome on January 13 and 14, 2018.

Before this, on November 1, BigHit Entertainment gave fans a glimpse of what next year’s Muster concept would be like by posting nine connected pictures onto its official Instagram account. 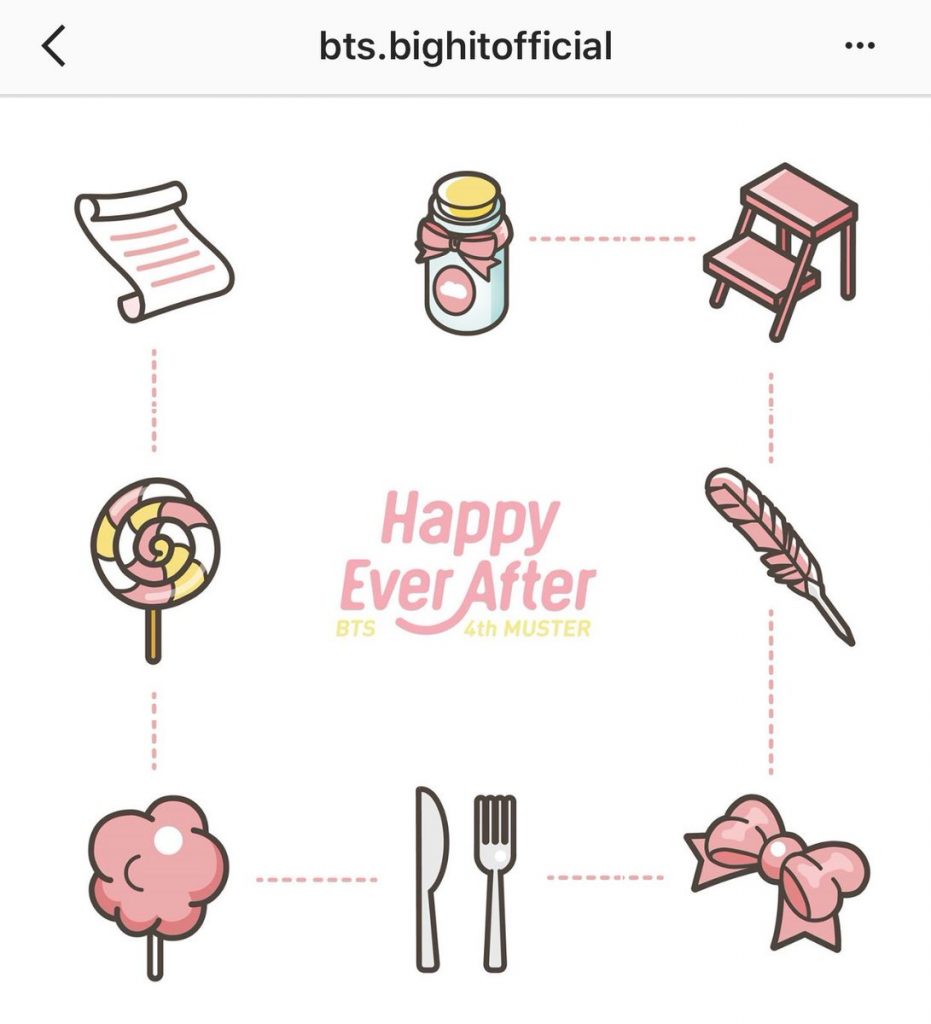 Cute at first sight but BTS 4th Muster poster is more than your usual cutesy-kind of event poster. It does not only show details about the event’s date and venue, it also shows a lot about BTS and ARMY’s four-year journey together. If one, especially an ARMY, is to look closely, one would definitely be able to collect numerous BTS-related details from the poster.

If you are an ARMY who is fond of diving in all sorts of BTS contents to consume, you would have probably spotted  the cute representations of the members scattered around the area in the poster; the awards they have collected so far, the new BTS logo, Rap Monster’s tomato lamp, Jin’s sugar glider pets, J-Hope and Suga a.k.a. Sope’s tracksuits, Jimin’s calico cat, V’s Gucci necklace, and Jungkook’s gigantic trip to Hawaii bag.

There are so much more to see, even the tiniest yet wittiest inside jokes a dedicated ARMY would surely knows.

Can you spot more BTS-related details from next year’s 4th Muster poster? Not much has been revealed yet but you can already get ready and take part in a story with a Happy Ever After kind of ending with BTS!