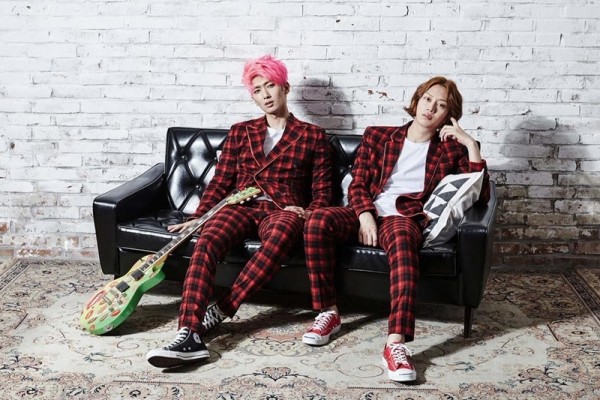 On April 20, TRAX member Jungmo and Super Junior member Heechul will be pairing up once again as the SM Entertainment project duo M&D, and will be releasing a comeback mini album. 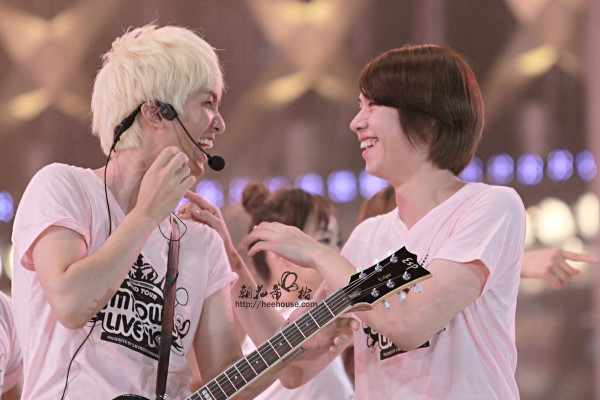 SM Entertainment posted a teaser image on its Twitter page on April 9, showing M&D in converse sneakers and red plaid suits. The tandem can be spotted sitting together on a black sofa, and a green guitar is on Jungmo’s lap. What makes the photo more interesting are M&D’s hair colors. Fans loved Jungmo’s cotton candy pink hair, as well as Heechul’s brown and wavy hair. This sure gives us that hip concept for the duo’s comeback.

This is M&D’s first comeback since the duo’s debut in 2011. The mini album will be released on the 20th of April, and will be named Cottage Industry.

Fans of M&D have waited long for this much anticipated comeback, and will surely be pleased with this mini album, because Heechul and Jungmo have added their personal touches by composing music and writing lyrics to contribute to the album itself!

Are you excited for the duo’s comeback?

Hellokpop, as an independent Korean entertainment news website (without influence from any agency or corporation), we need your support! If you have enjoyed our work, consider to support us with a one-time or recurring donation from as low as US$5 to keep our site going! Donate securely below via Stripe, Paypal, Apple Pay or Google Wallet.
95
SHARES
FacebookTwitter
SubscribeGoogleWhatsappPinterestDiggRedditStumbleuponVkWeiboPocketTumblrMailMeneameOdnoklassniki
Related Itemscomebackcottage industryHeechulJungmom&dSM EntertainmentSuper JuniorTrax
← Previous Story Dal Shabet Returns In Harley Quinn Inspired MV Titled ‘Joker’!
Next Story → 24K Releases Comeback MV for ‘Hey You’