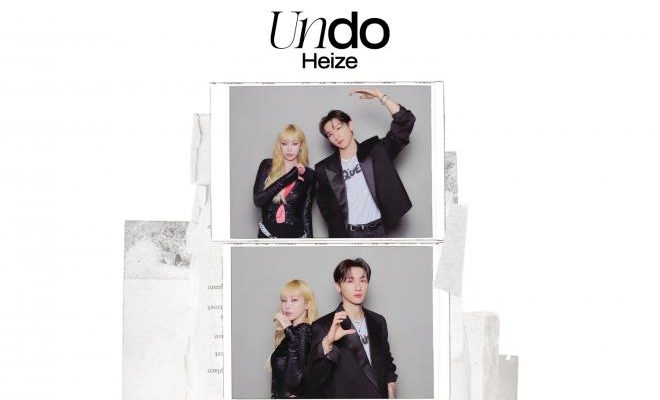 Heize Teams Up With MONSTA X I.M For Her Latest Album “Undo”

Earlier, P Nation unveiled teaser photos of Heize and I.M for their latest collaboration. Both participated in the lyrics and music composition of “Every Street”.

It is expected that the meeting of the two artists, loved by global listeners, will create a musical synergy following their warm visuals.

Subsequently, a video teaser featuring Heize was also posted revealing a quick snippet of the song.

Heize sings: “How much more do I have to shout to hear you / Do I have to put my heart into every street you walk?”

Her lonely steps on the reed field also foreshadow a poignant vibe.

I.M is a rapper, producer, and solo artist of MONSTA X. He has released various mixtapes such as “Madeleine”, “DUALITY”, and “Loop”, and is an artist presenting sensational music.

As part of the sound source of each b-side song was released through the track video, Heize’s sensibility is gathering anticipation from music fans.

Attention is focused on what kind of blending Heize and each featuring artist will present in the euphemism.

Heize’s second full-length album Undo, which will contain a total of 10 high-quality songs, including “Every Street, will be released through various online music sites at 6 pm on June 30.