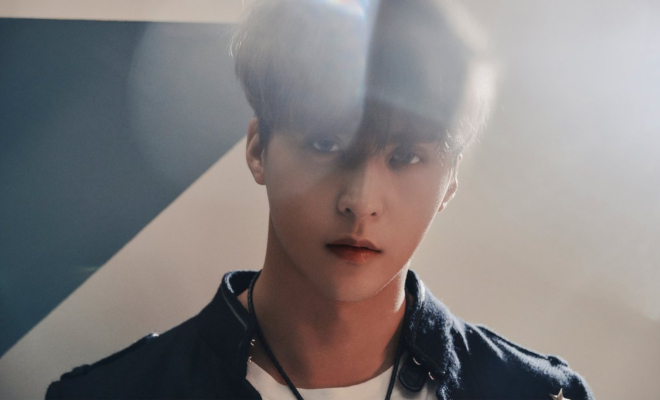 A bittersweet goodbye awaits fans of Highlight’s Dongwoon in the coming days.

Before he says a temporary goodbye to fans, Highlight’s Son Dongwoon will treat them with a meaningful present — his first solo mini album.

On April 12, the singer, through the boy group’s social media channels, unveiled the schedule plan for the release of the new EP titled Act 1: The Orchestra. He will officially kick off the teaser release leading to D-Day, with an album preview and pre-order on April 15. The pre-0rder for the mini album will start on 12 noon that day.

Next, Dongwoon will share two sets of concept photo on April 16 and 17. He will then give fans a peak on what they can expect from Act 1: The Orchestra, with a track list on April 18 and a highlight medley on April 19.

Meanwhile, April 22 will turn into a jam-packed day for fans of the singer as he welcomes it with a music video teaser at 12 a.m. KST. On the same day, he will come out with his first mini album and music video at 6 p.m. KST. 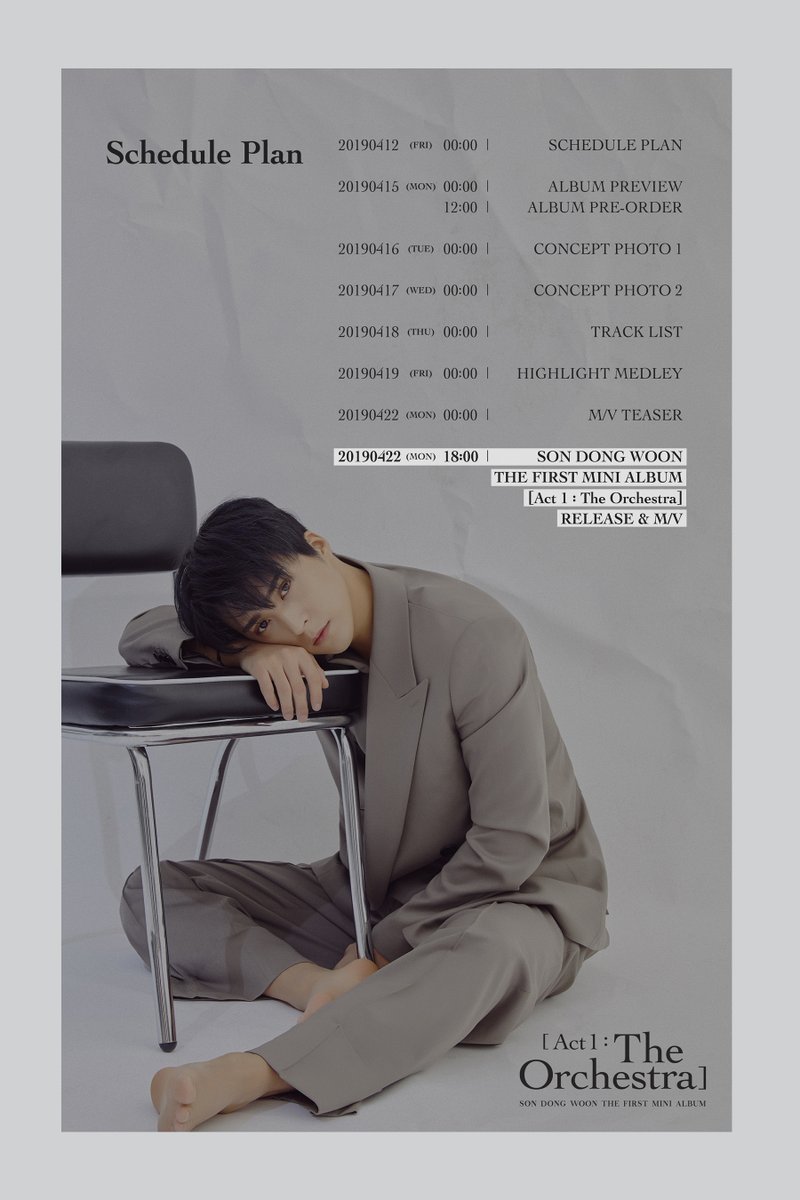 In addition to Act 1: The Orchestra album, Dongwoon will also meet fans through a series of concerts on April 27 and 28 at the Yes24 Live Hall.

He will then say a temporary goodbye to fans as he enlists as a conscripted policeman on May 9. The singer will become the last Highlight member to enlist after Yoon Doojoon in August 2018, Yang Yoseob in January this year, and Yong Jun Hyung in April this year. Lee Gikwang will also enlist on April 18, 2019.

FacebookTwitter
SubscribeGoogleWhatsappPinterestDiggRedditStumbleuponVkWeiboPocketTumblrMailMeneameOdnoklassniki
Related ItemsDongwoonHighlight
← Previous Story BTS Reveals Additional Details About “Map of the Soul: Persona” Ahead Of Comeback
Next Story → B.A.P’s Youngjae Gets Ready For A “FANCY” Solo Album This April