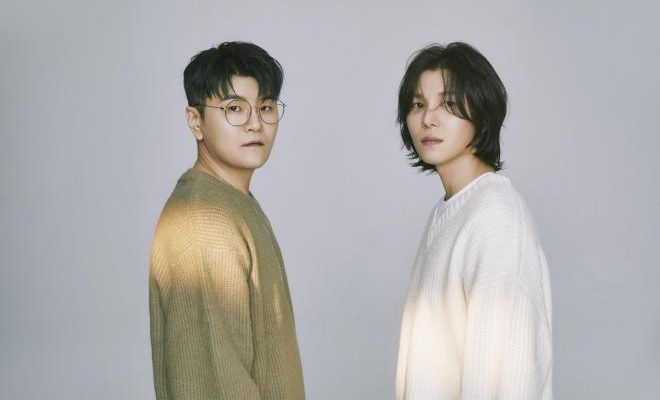 From 4MEN to 2F, Shin Yongjae and Kim Wonjoo continue releasing spellbinding ballads during their new musical journey as a duo.

Shin Yongjae and Kim Wonjoo begin a new path together as the vocal pair under the name, 2F. The singers previously worked together in the third generation lineup of 4MEN, an R&B group under the company MAJOR9, from 2008 to 2019.

Beginning a new chapter in their careers, Yongjae and Wonjoo debuted together as the duo called 2F under the company Million Market, in August 2020. 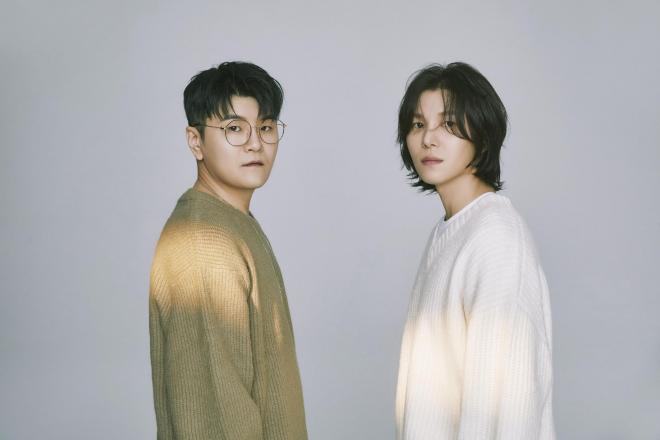 From their very conception, the pair represented a fresh beginning.

Their name, 2F (read as ‘if’), represents the two members on this journey while the ‘F’ stands for ‘first’ and means ‘the second start of two people’. Furthermore, 2F can also represent ‘the second floor’ which signifies the movement of Yongjae and Wonjoo as they take a step further into their careers, elevating their experiences so far.

During their previous time with 4MEN, both vocalists helped shape some of the most impactful ballads and OSTs for popular dramas, including “Feel You” for the drama The Flower of Evil, and “너 하나야 (You are the One)” for Gu Family Book.

Despite their new start, the singers still continue to showcase their signature charms which have captivated listeners up until now. Their first EP release, if, highlights their vocal abilities as the pair serenades fans with heart-wrenching lyrics. Unveiled on November 28, 2021, if includes six tracks containing soothing tales discussing love and life, with 2F’s extraordinary voices delivering its messages.

Ahead of their first solo concert, 2F spoke to Hellokpop in an exclusive interview reflecting on their journey together so far and their emergence as 2F.

Hellokpop (HKP): Welcome, 2F! Thank you for taking the time to speak with Hellokpop. Can you please introduce yourselves to Hellokpop readers?

2F: Hello, Hellokpop readers. We are, 2F, that plays ballad music. Nice to meet you.

HKP: For newer fans, can you explain how you began to grow your love for singing and how you decided to start a new journey as a duo?

2F: We started as a group called 4MEN in 2009. While working as 4MEN, we thought we were musically compatible and worked well. To go on after 10 years of 4MEN activities, we started under a new company and name as “2F.”

HKP: Where do you find the most inspiration for most of your music?

2F: Since our songs have a lot of songs about love, we think we get the most inspiration from the memories of love and breakup in our lives.

HKP: You are the voices behind some of the most beloved OST tracks for popular dramas such as “Sorry” for Run On, and many others. Which OST personally touched your heart the most and why?

2F: (Yongjae) – I personally think “Feel You,” the OST of the TV drama, The Flower of Evil, touched my heart the most. In fact, it was a new challenge for me because it wasn’t a style song that I usually sang a lot, but it was a work that I was very satisfied with because it seemed to harmonize surprisingly well into the atmosphere and scenes.

(Wonjoo) – It was released a little long time ago, and it is called “너 하나야 (You are the One)” which is the OST of the TV drama Gu Family Book. It fits well with the atmosphere of the TV drama, so I felt the charm of OST, and it is also a song that was loved a lot, so I remember it.

HKP: Congratulations on the recent release of your EP, if. Can you describe what the creation process was like?

2F: This is the first mini-album that we’re releasing after forming 2F. We started this album in the second half of last year and it seems that we have prepared the album for over a year. We worked hard to show the mature music of 4MEN, then we sang for 10 years.

Particularly in terms of lyrics, 4MEN music maximized passionate love or a painful breakup. However, 2F music tried to contain more mature and calm stories about love and breakups.

HKP: What message did you want to communicate to listeners with this project?

2F: We think the biggest reason for listening to music is to receive stability and comfort in the heart. We hope that each of the listeners will have time to think of their memories, be comforted, and remember when listening to our album.

HKP: Which track on your newest EP is your favorite and why?

2F: (Yongjae) – Personally, I like the 6th track “너와 나의 내일(You and Me Tomorrow)” the most, and I think it’s a song that expresses our mindset to start a new beginning well.

(Wonjoo) – It’s a song called “숨은 뜻(The hidden)”. As time goes by, any pain will be forgotten and become a memory. So I was comforted by the lyrics that there was a meaning and reason for it every single day.

HKP: You have both had an extensive music career so far under 4MEN and now 2F. What has been the most memorable moment in your careers so far?

2F: (Yongjae) – The last concert I had as 4MEN before military service in 2017 is the most memorable, and I remember it being a lot of strength while I was in the military.

(Wonjoo) – Concerts are always memorable moments. Among them, I remember the stage “Studying abroad” in 2015 ahead of my military enlistment, and I think it’s more memorable because I was concerned about the hiatus that I had to have for the time being.

HKP: You are gearing up for your first solo concert at the end of the month. Out of your discography, which song are you most excited to perform for fans?

2F: Since it is the first concert as 2F, we want to present all the songs from this first mini-album the most.

HKP: What are your goals and what do you hope to show fans in the future as 2F?

HKP: What would you like to say to your supportive fans?

2F: Thanks to the fans who have continued to support and love us for 14 years, we are able to make a new start with 2F. Thank you very much from the bottom of our hearts, and we want to always meet our fans with good music without changing. Please love our first mini-album, if, and we hope that health and happiness will always be with you. 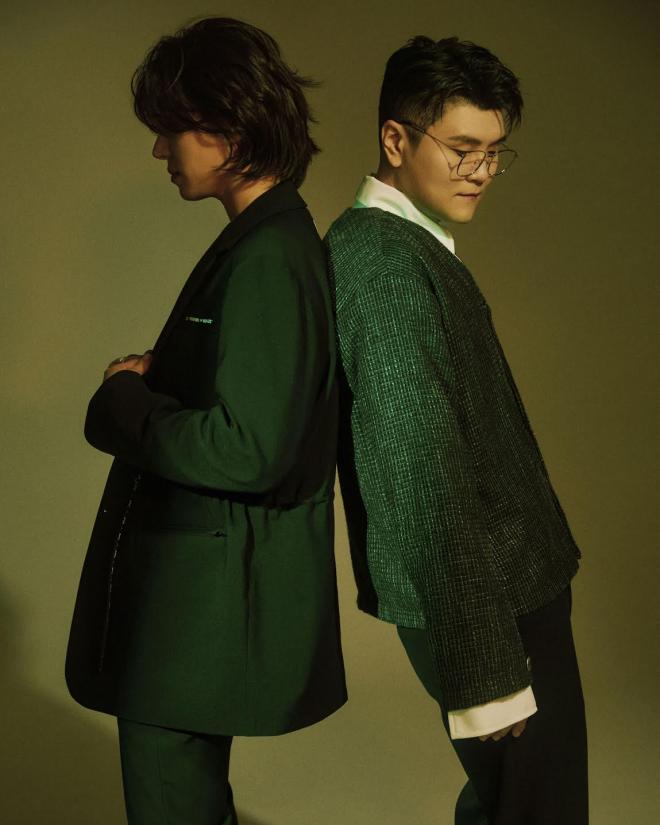