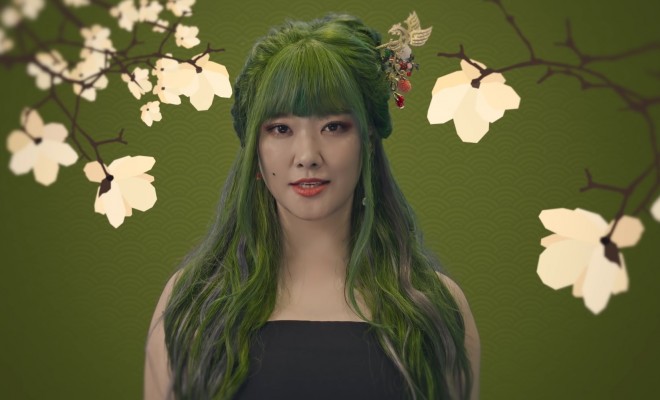 Clazziquai‘s Horan made a comeback with her first solo EP album She’s Alright. Horan made her debut into the music scene in 2004. She was successful in blending her unique voice with the funky sounds of Clazziquai Project and the sweet harmonies of Ibadi. Horan continues to be Korea’s Renaissance woman, showing her talent for the screen, hosting radio shows and writing as a columnist, which have made her postpone many of her music activities until now.

Horan’s title track She’s Alright (괜찮은 여자) paints a picture of a woman’s emotion dealing with heartache. The heroine creating a facade of being “alright” hides her true feelings. Her charming voice, with upbeat guitar riffs, creates a light and fun mood to such situation. Horan lends her abilities to the creation of this album, including writing and composing. Alongside G.Qoo as the main producer and guitarist, and artist Shin JooEun, Horan is able to weave the vision of her song into her music video and album art.

With this new album, there are a lot of anticipations of Horan, as she will also be giving her all to deliver the best representation for women and Korea. She will be actively promoting and performing her songs in conjunction with her current activities.