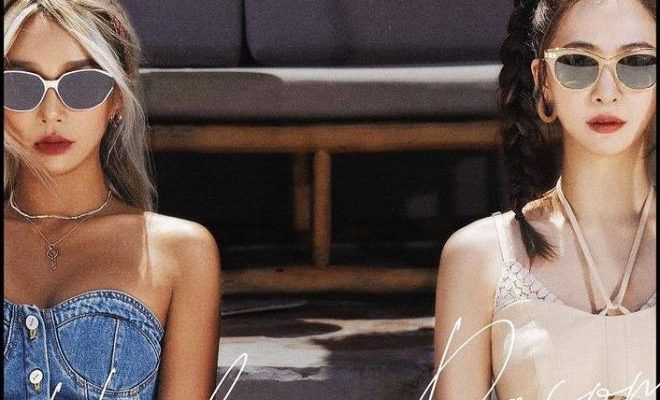 Hyolyn And Dasom Will Teach You “How To Spend 2021 Well”, Courtesy Of VIVO

The summer season will get even better for K-Pop fans worldwide! Hyolyn and Dasom will team up for a meaningful and catchy collaboration track set for release this August!

Hyolyn and Dasom will surely invade everyone’s summer K-Pop playlists once again with the release of their new unit track as part of VIVO music project’s campaign, titled “How To Spend 2021 Well.”

On August 2, Content Lab VIVO announced the artists’ up and coming venture through a stunning and eye-catching teaser poster. It specifically shows Hyolyn and Dasom wearing fresh and summer-themed outfits, while sitting beside each other and donning gorgeous pairs of sunglasses. 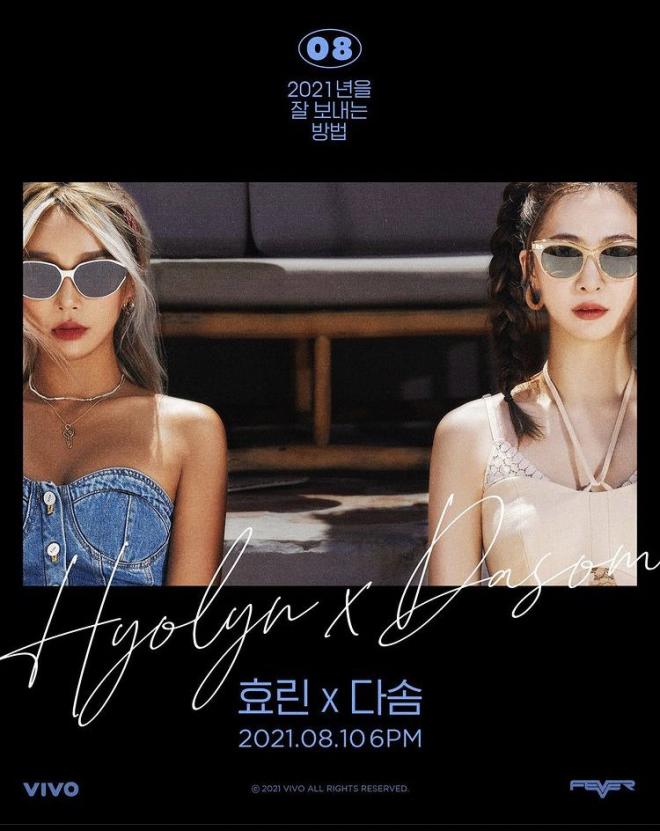 While Hyolyn stands out because of her beautiful tan skin and denim ensemble, Dasom is able to balance everything out by sporting a light brown outfit and a cute hairstyle in braids-style that complement her milky white skin.

The two of them look good and breathtaking even though their make-up looks are extremely simple and they are doing the bare minimum. With their fierce and impactful facial expressions on, they are able to capture the hearts and attention of every K-Pop fans, who have been waiting patiently for SISTAR’s next activities together.

With the unexpected announcement, expectations are now rising regarding what kind of sound and image they will present to the public, and whether they will stick to their signature and strong summer-themed concepts together with their fellow SISTAR members, Bora and Soyou. The synergy and chemistry are also something that true fans of the now disbanded group should not miss.

“How To Spend 2021 Well” by content laboratory VIVO is a project led by Eun Song I, which aims to support the general public to get through these hard and changing times.

All of the profits by the artists, who participate in it, will be donated to the members of society – who are directly affected by the COVID-19 pandemic and are in dire need of financial help. Previously, actress Ra Mi Ran participated in the said project together with rapper Miran-i.

Hyolyn and Dasom both debuted in 2010 as part of the powerhouse girl group Sistar. Their debut single “Push Push” dominated local music charts immediately upon its release. Today, Hyolyn has her own production company called Brid3, while Dasom has been exemplifying her skills in acting through her recent dramas such as He Is Psychometric and Alive.

Hyolyn and Dasom will release their collaborative single on August 10 at 6 PM KST.