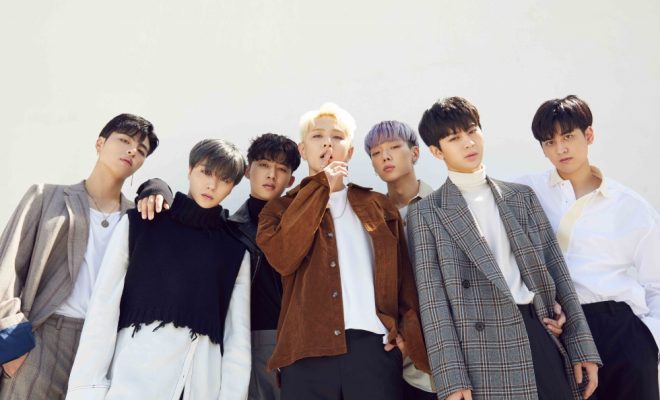 Watch iKON take the stage on Stage K next month!

iKON will continue to showcase its global popularity with its appearance on JTBC’s K-Pop challenge program Stage K where B.I, Jinhwan, Yunhyeong, Bobby, Donghyuk, June, and Chanwoo take on the role of “Dream Stars”.

Stage K is a program where participants from all over the world form teams and compete against the other teams from other nations through dance. The winner of the competition will then get on stage with the “Dream Stars” they have always dreamed about.

See Also: iKON Talks About Next Plans, US Debut Stage, And Partnerships With Samsung And Fortnite

The production of the JTBC show confirmed that the boy group, who recently headlined the SXSW’s 2019 Korea Spotlight showcase in Austin, will serve as the show’s second “Dream Stars”. The boys will witness the passionate stages of global K-Pop fans who will compete for a chance to get on the stage with them.

The boy group’s upcoming episode will air on April 14.

iKON started off 2019 with the release of its first compilation album The New Kids which included previously released tracks from its New Kids album series. It also featured one new song titled “I’m OK”. Following their new album, B.I, Jinhwan, Yunhyeong, Bobby, Donghyuk, June, and Chanwoo attended promotional events for a smartphone brand. They then performed at the 2019 Korea Spotlight showcase of SXSW on March 13.

Other than the boys’ upcoming appearance on Stage K, they also confirmed their attendance at The Fact Music Awards happening on April 24 in Incheon. The “I’m OK” singers will grace the event together with other K-Pop acts such as BTS, Red Velvet, MAMAMOO, Monsta X, Twice, Stray Kids, and The Boyz.