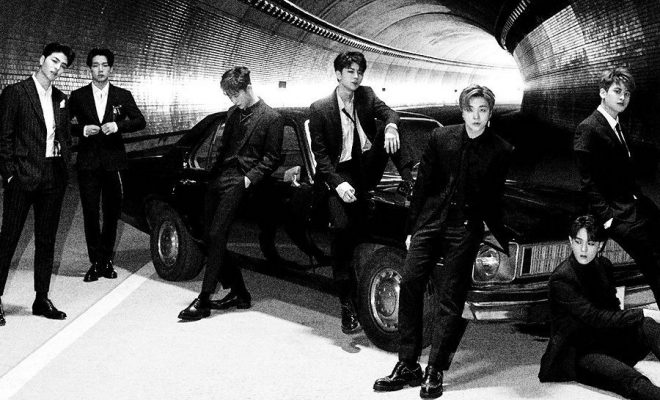 We’re far from being OK as iKON continues to release teasers for their upcoming repackaged album!

iKON has unveiled the tracklist for their upcoming repackaged album New Kids Repackage: The New Kids on January 3! 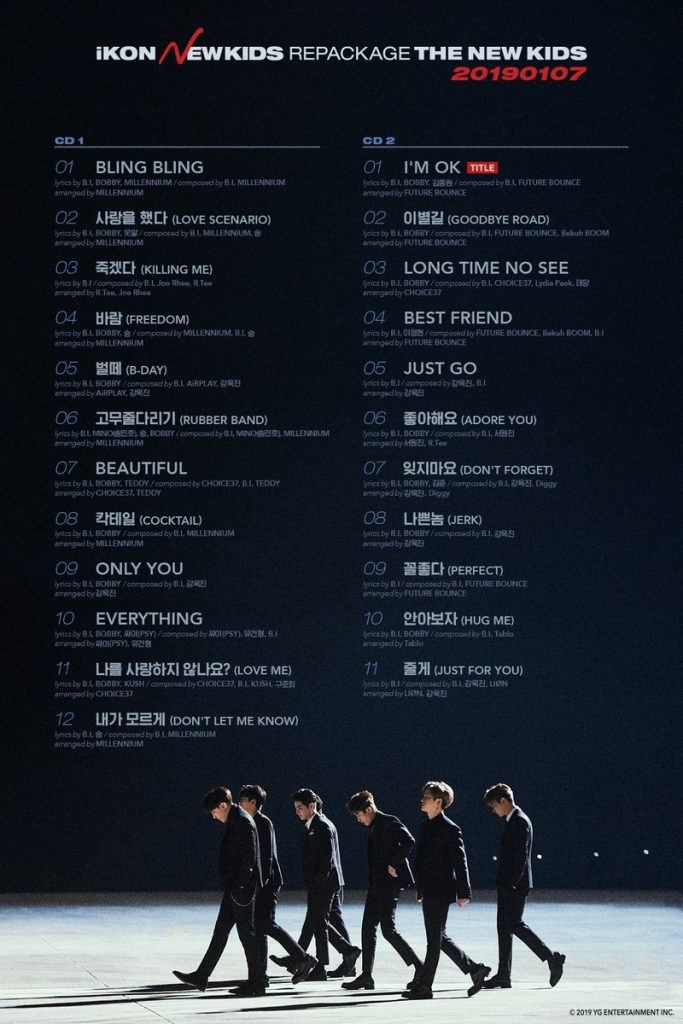 Bequeathing  us with 23 songs in their repackaged album, which will come in two CDs, it will provide fans with a new, original title track. Moreover, it still features some of their iconic hits like “Goodbye Road”, “Killing Me”, “Adore You”, and – almost everyone’s favorite – “Love Scenario”.

The group first revealed details about the album’s title track on December 28. Named “I’m OK”, the song is composed by Future Bounce and iKON member B.I. – who, together with Kim Jong Won and fellow member Bobby, also worked on the track’s lyrics.

They also shared a concept teaser in the form of a video on January 2, giving iKONics a very pleasant start to the new year.

New Kids Repackage: The New Kids will serve as the conclusion to the group’s New Kids series which began in May 2017 with New Kids: Begin, followed by New Kids: Return in 2018. The album was supposed to be released before the year 2018 closed, but was delayed by YG Entertainment in order to give fans the best version of the album that they deserve.

The album and its title track will be released on January 7, a day following iKON’s encore concert on January 6 at the KSPO Dome in Seoul. Additionally, iKONics who will be heading to see the boys on the show will reportedly get a first listen of “I’m OK”.

Are you looking forward to iKON’s upcoming album New Kids Repackage: The New Kids? Let us know by leaving a comment below, giving us a holler on Facebook, or tweeting us at @hellokpop!

45
SHARES
FacebookTwitter
SubscribeGoogleWhatsappPinterestDiggRedditStumbleuponVkWeiboPocketTumblrMailMeneameOdnoklassniki
Related ItemsiKONnew kids repackage: the new kidsYG Entertainment
← Previous Story EXO’s Kai And BTS’ J-Hope To Share Their Expertise In Dancing To Trainees On “Under Nineteen”
Next Story → EXO And BTS Kick Off 2019 With Top Positions On Billboard Charts