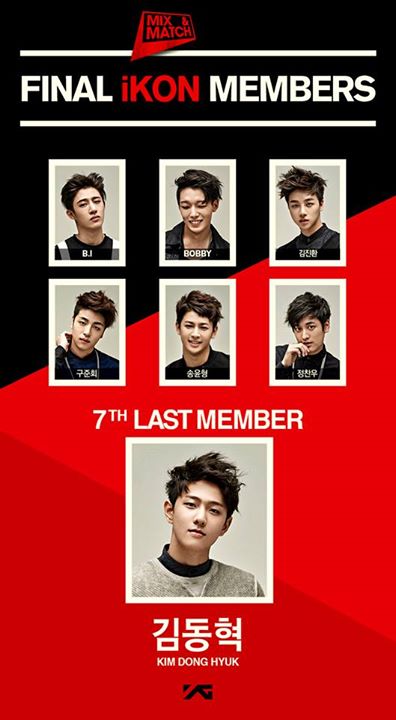 Donghyuk is revealed as the 7th and last member of iKON. Pic Mix & Match Facebook Page

The iKON members just last year were competing in a reality program entitled ‘Who is Next?’ with newly debuted group WINNER. As the members lost, the viewers were incredibly sad not knowing what would happen to the boys but now they are finally getting what they deserve.

To reminisce the days before their new TV show ‘Mix and Match’, watch their previous performances from the WIN era below.