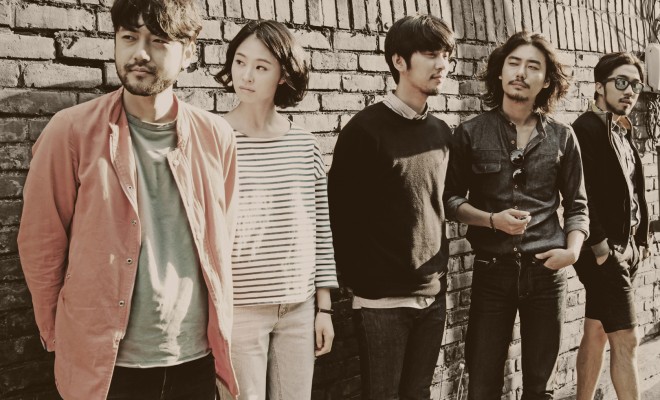 By Rachel | May 18, 2014
FacebookTwitter
SubscribeGoogleWhatsappPinterestDiggRedditStumbleuponVkWeiboPocketTumblrMailMeneameOdnoklassniki

Folk band small o has returned with a full album. The band released its first full album Temper of water on May 13.

The band tried various different techniques for this new album. Using the acoustic guitar as its basic instrument, the band members also added the accordion, flute, mandolin and psychedelic sounds to create the best folk sound.

The lyrics to the songs were written with small o‘s philosophy about the nature of human and society. Into The Wild(마의 산) is a song which expresses a man’s feelings when he is standing in front of nature. The members use subjects like a cotton field and an angry bear to express their eagerness to have freedom. These lyrics are what makes the band unique.

The band will be holding its first concert at Veloso (벨로주), a club in Hong-dae, on June 13.

Check out one of the new songs below: