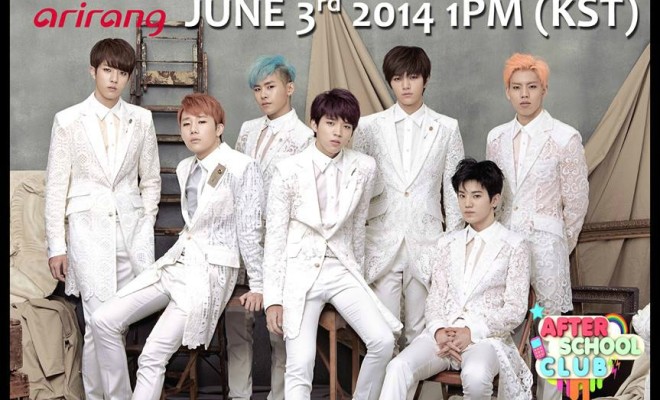 INFINITE appeared on After School Club (EP 71) for the first time to interact with international fans and promote their latest full length album, Season 2, as 7 Romeos!

Unfortunately, Woohyun was unable to attend the show due to his busy filming schedule with the upcoming KBS 2TV teen drama, High School, along with member Sungyeol and 4Minute‘s Jihyun.

INSPIRITs around the world had the opportunity to personally talk to INFINITE one on one. Some of the highlights include INFINITE showing off their much improved English skills, doing fan chants, Sungjong dancing to APINK‘s Mr. Chu, and much more.

Both INFINITE an INSPIRITs had a marvelous time interacting with each other. And as always, the members did not forget to thank their fans and over shower them with fan services!

Watch the full show below