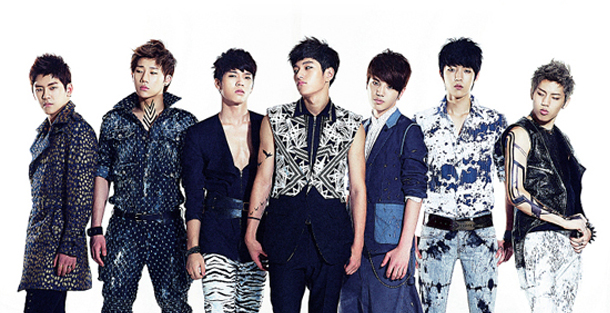 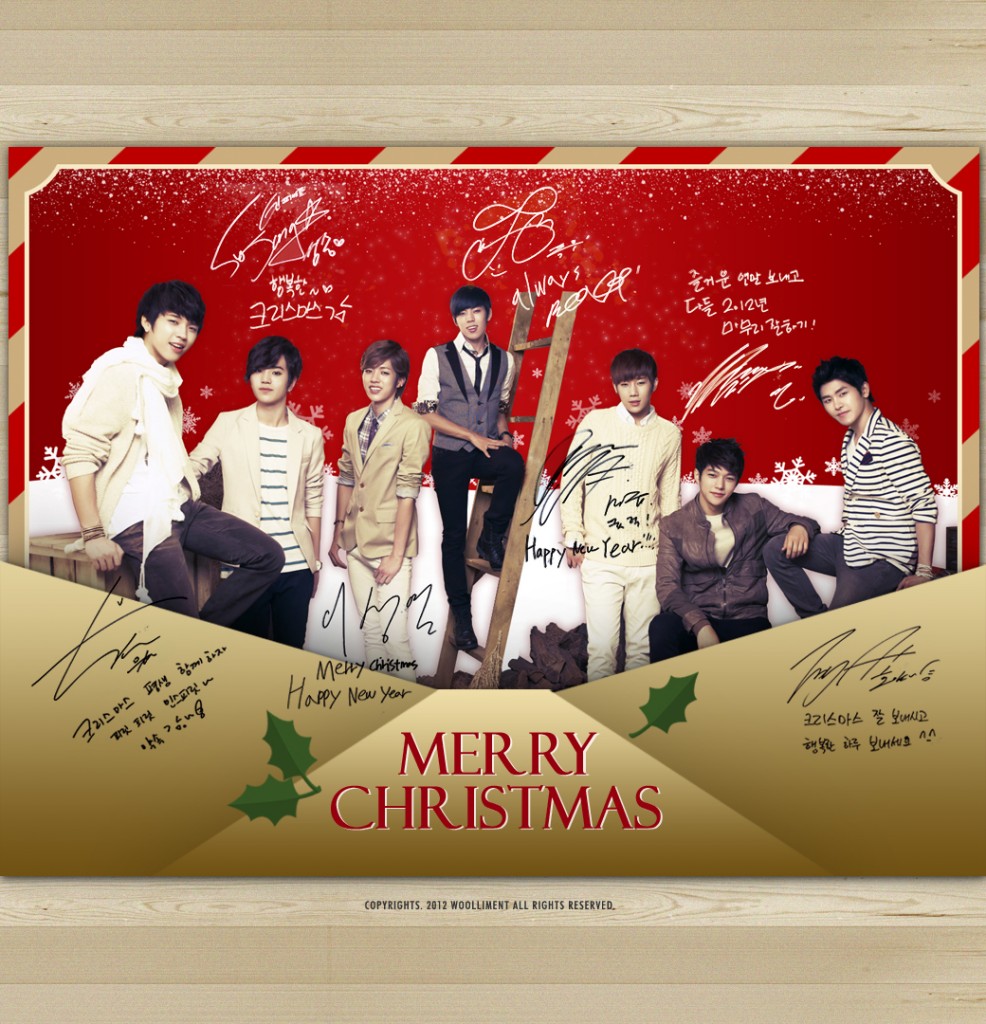 INFINITE‘s Chaser has been chosen as the number one K-pop song of 2012.

On December 21, the American Billboard charts picked 2012’s best K-pop songs in the article 20 Best K-pop Songs of 2012. Beating top groups such as SISTAR, Naul, 2NE1, BIG BANG, PSY and many other artists, INFINITE has claimed the honorary number 1 spot on the charts. Especially since INFINITE was able to top PSY’s viral song Gangnam Style, the results have been receiving much attention.

The reasons why the American Billboard chose The Chaser as the best K-pop song was, “forceful singing, dynamic guitar licks, and dramatic violins, it almost sounds like the song will never find a true direction. But at just 50 seconds, it quickly evolves into a waterfall of 80s synthesizers (courtesy of super producer Sweetune), vocal energy and an explosive, trumpet-driven chorus. The track puts INFINITE and Sweetune at the forefront of the genre’s best in 2012, proving risk and innovation in K-Pop can trump all.” 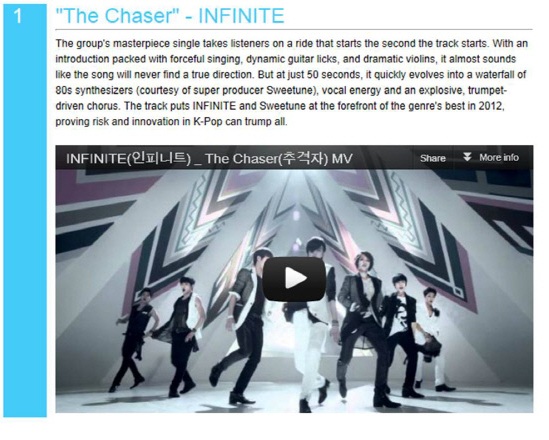 Netizens who came across the news of The Chaser being the best K-pop song of 2012 said, “Chaser is one of the unique songs you don’t get tired of”, “INFINITE’s songs has the same good quality in music all the time”, “Wow all the way from overseas, they acknowledge INFINITE”.

In related news, INFINITE members Dong Woo and Hoya will be appearing as a hip-hop unit INFINITE H in January 2013.

Congratulations to INFINITE for their success with The Chaser!