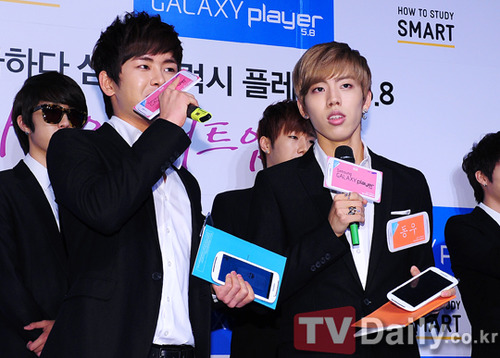 By The Editor | September 21, 2012
FacebookTwitter
SubscribeGoogleWhatsappPinterestDiggRedditStumbleuponVkWeiboPocketTumblrMailMeneameOdnoklassniki

It has been announced that INFINITE’s Dongwoo and Hoya will be officially promoting together next year as a sub-unit and will also be releasing their first album!

The pair will promote early next year as INFINITE H and staff from Woollim Entertainment revealed, “After INFINITE returned from finishing up their Japanese promotions, INFINITE’s Dongwoo and Hoya have recently started recording and working on the INFINITE H album.”

Dongwoo and Hoya had previously performed as a duo at their first solo concert, and received much love from fans when they performed You Look Good and Crying live for the first time as INFINITE H .

In the meantime, INFINITE are currently promoting in Japan with their Japanese single,  She’s Back. Hoya has also recently debuted as an actor on tvN’s Reply 1997, which finished airing on September 18.

Inspirits, are you excited?