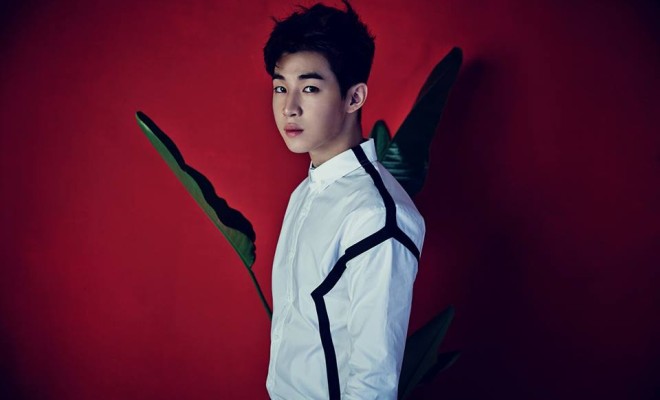 Super Junior-M‘s Henry has been getting a lot of love lately for his appearance on MBC’s popular variety show, Real Men.  After the success of his first mini-album, Trap, in 2013, Henry is finally back with his second mini-album, Fantastic.

It looks like fans have even more reasons to anticipate Henry’s upcoming album!  INFINITE‘s Hoya, EXO‘s Chanyeol, and SM Rookies‘ Seulgi will be contributing to the album.

The title track, Fantastic, is a addictive track with the mix of vintage and retro-pop.  Check out the teaser below.

The mini-album consists of 6 songs and will be released July 14. The title track will be available on July 13 through music sites such as Melon, Genie, and Naver Music.

Fans can look forward to his first comeback performance on July 11.  Meanwhile, Super Junior will be kicking off a 6th world tour, Super Show 6, with the return of leader Leeteuk, starting on September 20 and 21 in Seoul.

Hellokpop, as an independent K-pop news site (without influence from any agency or corporation), we need your support! If you have enjoyed our work, consider to support us with a one-time or recurring donation from as low as US$5 to keep our site going! Donate securely below via Stripe, Paypal, Apple Pay or Google Wallet.
FacebookTwitter
SubscribeGoogleWhatsappPinterestDiggRedditStumbleuponVkWeiboPocketTumblrMailMeneameOdnoklassniki
Related ItemsChanyeolEXOFantasticHenryHenry 2014Henry comebackHenry FantasticHoyaINFINITELeeteukMBCReal ManSeulgiSMSM RookiesSuper JuniorSuper Junior-M
← Previous Story Kim Hyun Joong releases teaser for ‘Timing’ comeback
Next Story → Tablo and Taeyang serenade fans on live radio