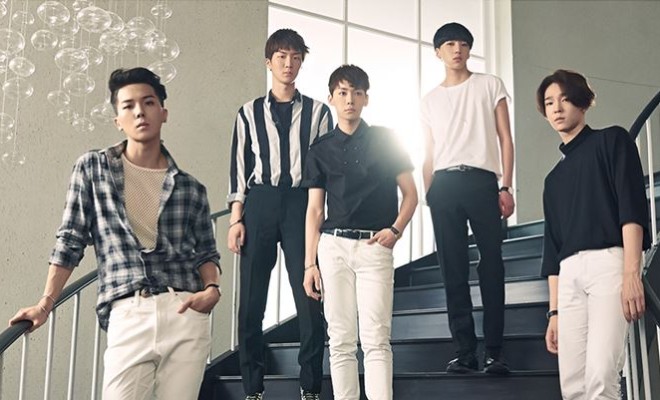 It Has Finally Arrived: WINNER’s Debut

Feast your eyes on this, as what you have waited 8 long months for is finally here! YG Entertainment has released, not one, but two music videos for WINNER‘s comeback. The two music videos are for the title tracks Empty and Colour Ring.

After going through countless picture teasers, video teasers and an album teaser, you don’t have to wait any longer. Satisfy your long awaited feelings with the two newly released music videos below:

This hip-hop track was composed by B.I who is a part of  the previous B Team, WINNER’s opposing team in MNET’s survival program ‘WIN: Who Is Next?’. The lyrics were also partly written by B.I, with the help of another member of the previous B Team, Bobby. Kang Seunyoon‘s harmonics definitely do not disappoint as Seunghoon‘s rap did not either.

Colour Ring was partly written and composed by WINNER’s amazing leader Kang Seungyoon, with help for the lyrics by members Mino and Seunghoon. The beautiful song, accompanied by the members’ melodies and piano play, is the perfect song to listen to in rainy weather.

WINNER definitely did not disappoint. The boys are sure to leave an impact on the K-pop scene.

Hellokpop, as an independent Korean entertainment news website (without influence from any agency or corporation), we need your support! If you have enjoyed our work, consider to support us with a one-time or recurring donation from as low as US$5 to keep our site going! Donate securely below via Stripe, Paypal, Apple Pay or Google Wallet.
FacebookTwitter
SubscribeGoogleWhatsappPinterestDiggRedditStumbleuponVkWeiboPocketTumblrMailMeneameOdnoklassniki
Related Itemscolor ringdebutemptyjiwooMinomusic videoSeunghoonSeungyoonTaehyunWinnerYG Entertainment
← Previous Story SECRET Show Off Their Feminine Side With New Comeback
Next Story → Get BTS’ ‘DARK & WILD’ first!