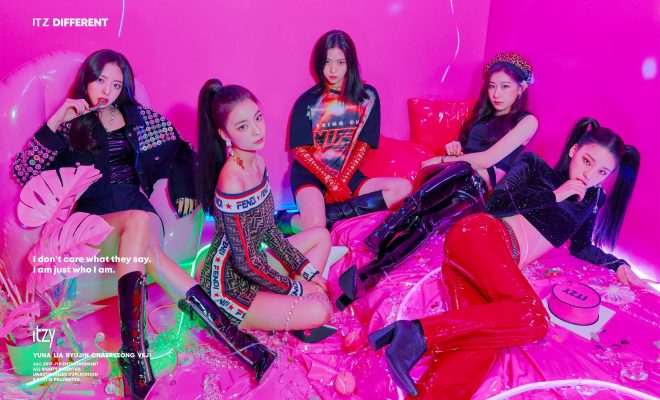 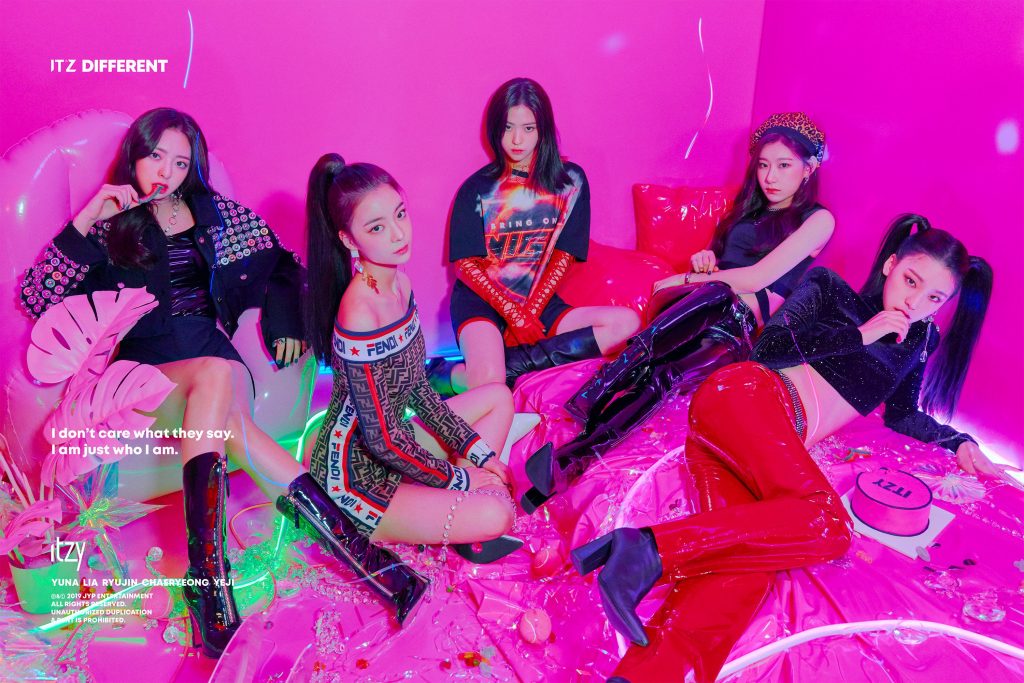 JYP’s new girl group is making K-Pop fans roar with anticipation for their first single album titled IT’z Different. The agency has revealed that the album will drop on February 11 and will be headlined by the track “Dalla Dalla”.

READ: ITZY Shows How “IT’z Different” While Gearing Up For Debut With Teaser Photos

The new girl group has given a sneak peek at their debut music video by dropping a teaser on February 1. Solo teaser posters for all five members were also completed on the same day after commencing with Yeji’s photos on January 28.

Banking on the tagline “I don’t care what they say. I am just who I am”, the girls of ITZY aim to deliver a message on celebrating one’s individuality despite what the society says for their debut.

Staying true to their concept, the five girls consistently show off a strong visual appeal throughout their teasers, while giving a glimpse at their unique individual personalities. 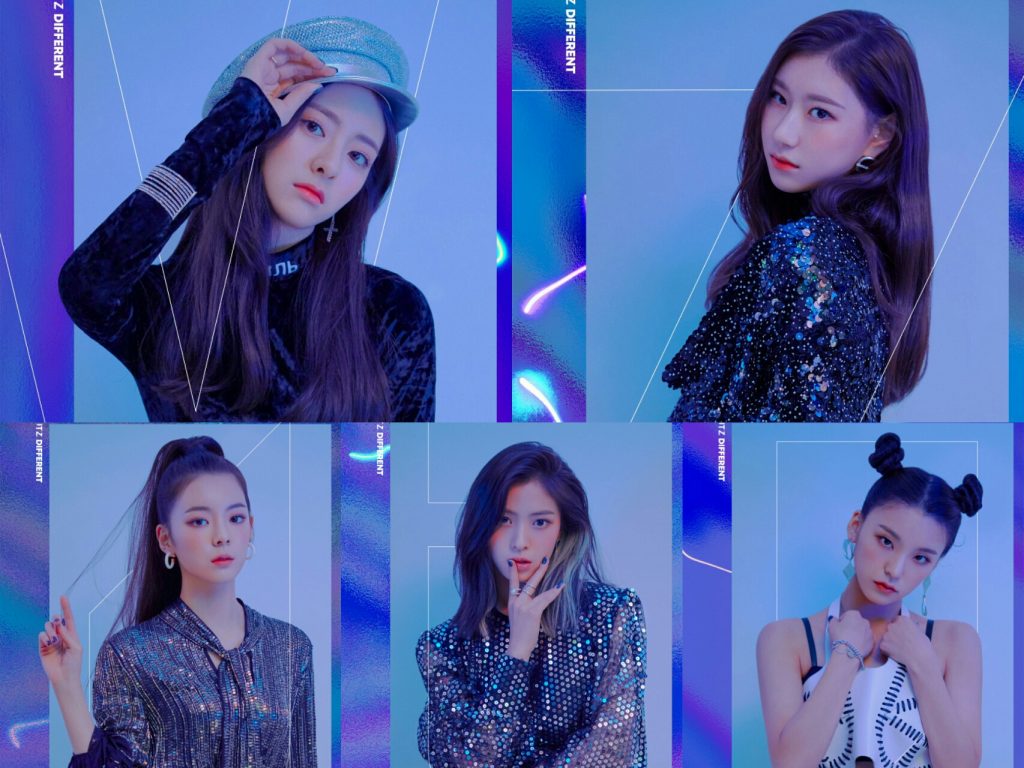 With their upcoming debut, members Yeji, Lia, Ryujin, Chaeryeong, and Yuna are all working hard to deliver their best for fans who are already anticipating their first appearances in the music industry.

Are you looking forward to seeing ITZY show how “IT’z different”? Let us know by leaving a comment below, giving us a holler on Facebook, or tweeting us at @hellokpop!

Hellokpop, as an independent Korean entertainment news website (without influence from any agency or corporation), we need your support! If you have enjoyed our work, consider to support us with a one-time or recurring donation from as low as US$5 to keep our site going! Donate securely below via Stripe, Paypal, Apple Pay or Google Wallet.
FacebookTwitter
SubscribeGoogleWhatsappPinterestDiggRedditStumbleuponVkWeiboPocketTumblrMailMeneameOdnoklassniki
Related Itemsitzyjyp entertainment
← Previous Story Yoon Ji Sung Announces Album Details, First Fan Meeting And Official Schedule For Solo Debut
Next Story → Nam Joo Hyuk Piles Up Best New Actor Honors In Major Award Giving Bodies