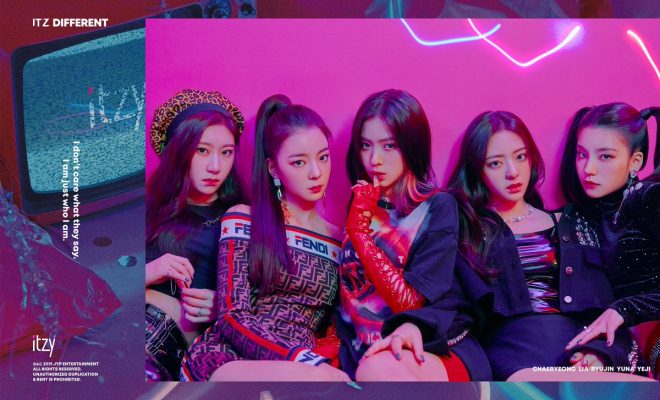 The girls now hold the record of being the girl group to get a first win on a music show the fastest, achieving such feat only nine days after their debut.

The “Dalla Dalla” singers secured the top spot on Mnet’s music show with 8,527 points. They won against MAMAMOO’s Hwasa, who recently made her solo debut with “Twit”.

During their speech, the members thanked the people who helped and supported them.

Additionally, JYP Entertainment’s Park Jin Young shared a video of the girls on Instagram where they told him about their first win and thanked him.

In his caption, the producer congratulated ITZY and also relayed his worries and hopes for the members.

He wrote, “Congrats, girls! But I have to admit that I’m also worried about the speed of your success. The true quality of a star is ‘how long you can maintain your rookie attitude’. So, I hope you don’t lose focus and become an everlasting shining star.”

Composed of Yeji, Lia, Ryujin, Chaeryeong, and Yuna, ITZY debuted on February 12 with the single album It’z Different with “Dalla Dalla” as its title track.

The song peaked at the fifth spot of Gaon’s Digital Chart and at the third spot of Billboard’s World Digital Songs Sales Chart.

Hellokpop, as an independent Korean entertainment news website (without influence from any agency or corporation), we need your support! If you have enjoyed our work, consider to support us with a one-time or recurring donation from as low as US$5 to keep our site going! Donate securely below via Stripe, Paypal, Apple Pay or Google Wallet.
FacebookTwitter
SubscribeGoogleWhatsappPinterestDiggRedditStumbleuponVkWeiboPocketTumblrMailMeneameOdnoklassniki
Related Itemsitzy
← Previous Story BTS Launches Global Real-Life Puzzle Search #ARMYPEDIA & ARMYs All Over The World Are Losing It
Next Story → 7 Things Our Hearts Want To Capture From Park Ji Hoon’s First Fan Meeting In Manila