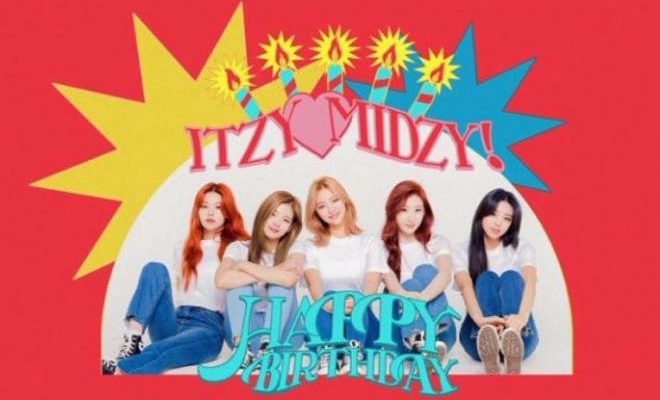 ITZY will embark on a festive day with fans, celebrating both Lunar New Year and their second anniversary since debut!

Rising global K-Pop group, ITZY, reach their second anniversary since debuting in 2019. The five-member group consisting of Yeji, Lia, Ryujin, Chaeryeong, and Yuna stormed the K-Pop scene with their catchy titled track “DALLA DALLA”. Since their emergence into the industry, the group gained an admirable fanbase named MIDZY, stemming from all parts of the world.

Regarding their anniversary, ITZY stated, “Thanks to a lot of love, the second anniversary has come so fast. Thank you so much for the great interest and love of MIDZY and many people over the short and fruitful two years. We want to show our best to the fans who have always supported us.”

Additionally, the group made some touching promises for the future, “As much as our fans have made us happy, we want to make our fans happy. We are so grateful that we cannot express everything in words. This year, we will continue to show new and wonderful charms from now on, so please look forward to it.”

To celebrate this milestone, which coincides with the Lunar New Year, ITZY will meet fans through their show Gap of ITZY on NAVER NOW. ITZY will make special memories with their fans during this broadcast, which airs on February 12 at 8 PM KST.

Following ITZY’s debut in 2019, the group showed immense improvement in the industry, gaining admiration from global fans. As such, many point to the group as one of the leading girl-groups of the fourth-generation.

Recently, the group dominated YouTube, capturing the “MZ Generation” (millennials born between the early 1980s to early 2000s as well as the Z generation born from the mid-1990s to early 2000s). The demographics show that ITZY remains in-touch with the trials, tribulations, and sounds of today’s youth. From “DALLA DALLA” to “WANNABE” and from “ICY” to “Not Shy”, the group, in particular, demonstrates their uncanny abilities to deliver relatable and catchy title tracks. All titles reached hundreds of millions of views.

For their success as of late, the group continues to receive nicknames such as “K-Pop Stage Master” for their energetic and impressive performances.