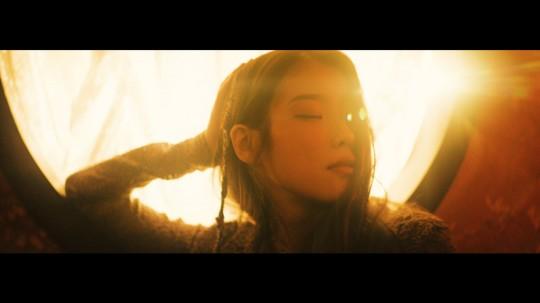 IU thrills fans with the surprise release of a music video for her track, “Epilogue”!

IU gifted fans with a surprise music video for her song titled, “Epilogue”. At midnight on April 15, the artist posted the video on her official YouTube channel. “Epilogue” is a song from IU’s recently released fifth full-length album, LILAC.

The artist delivered a whimsical and hazy atmosphere in an antique set, dancing dreamily to the music. The video was an apt match for the sentimental mood of the track.

“Epilogue” is the last track of LILAC and a song that expresses IU’s farewell to her 20s. In particular, the lyrics express the artist’s gratitude for the precious people who spent their time with her during this stage in her life.

Regarding the song, IU explained, “I am truly grateful to all the listeners who were willing to talk to me about my busy twenties. Now I am going to go next without any questions”.

The Artist In Full Bloom

IU’s album LILAC is the artist’s fifth-full length album. The project was released on the 25 of last month, with songs communicating greetings to fans and discussing past days spent together from varying perspectives.

So far, other music videos for the album received immense enthusiasm from fans, especially for the surprise appearances. During the music video of the title track, “Lilac”, Jung Jae-hyung made a delightful reappearance following his participation in IU’s music video for “Good Day”. Additionally, actor Kim Yoon-seok appeared in the double title track, “Coin”.

IU explored the theme of age during her projects Palette and “Eight”. With LILAC, IU meaningfully ends the exploration of her twenties in grand fashion.