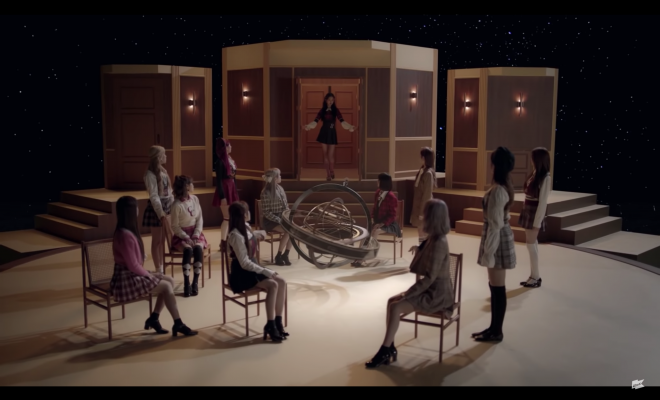 IZ*ONE unveils an enchanting music video teaser for their upcoming song “D-D-DANCE”. The track is the first to release for UNIVERSE’s “UNIVERSE Music”, a series of new projects delivered by UNIVERSE artists in celebration of the digital platform’s launch. 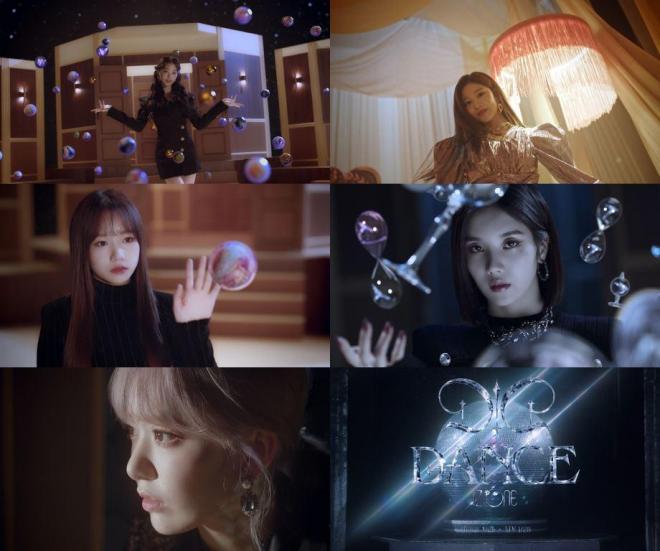 During the music video teaser, IZ*ONE captivated fans with their glimmering yet elegant styles. Furthermore, their individual charismas and strong visuals portrayed the intriguing atmosphere of the teaser well.

In various scenes, the members are seen suspended in space, similar to their “Secret Story of The Swan” music video. Various orbs resembling planets, as well as floating hourglasses, added additional mystery to the galactic teaser.

Throughout the brief clip, the sensual beat playing in the background raised interest for the sound of the upcoming IZ*ONE track.

Following the reveal of the IZ*ONE track, other UNIVERSE artists will deliver a new song and music video sequentially every month. UNIVERSE artists include IZ*ONE, Kang Daniel, MONSTA X, ATEEZ, WJSN and more.

Meanwhile, UNIVERSE gears up for its platform launch on January 28. The platform will offer an all-in-one mobile community, offering both online and offline activities for various K-Pop fandoms.

To keep up with the platform release, fans can follow UNIVERSE on its website or on social media: